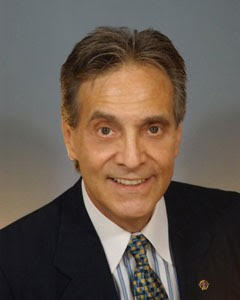 NHF and FHR Executive Director of Marketing and Fundraising

“The road that leads to the merging of cultures has historically been the most significant route to expanding global prosperity.” – Jack Craciun III

A native of Cleveland, Ohio, Mr. Craciun has extensive organization development and management experience as Chairman, CEO and more than 45 years of global business experience in the USA, the Americas, European Union, and Pacific Rim regarding third-world market industrial, entertainment and other economic development that includes, but is not limited to, manufacturing, technology transfer, capital funding, and multilateral trade relations programs and consumer-product marketing.

A father of modern communications, Mr. Craciun’s visionary leadership and pioneering helped lead to the birth of the first commercially successful FM radio station in Cleveland, Ohio, WNCR FM Radio, and the Progressive Rock Format, which led to the establishment of the first national FM radio station network and the first national radio/television simulcast, “In Concert,” through a network of 37 major market radio and equal number of TV  stations established by the American Broadcasting Company (ABC).

After the environmental horrors of 1969 occurred in Cleveland when the Cuyahoga River caught fire again (“The Cuyahoga River Caught Fire at Least a Dozen Times, but No One Cared Until 1969 (Smithsonian Magazine)),  WNCR promoted what it termed a “Cultural Revolution” to save the Earth by encouraging Progressive Rock radio stations throughout America to promote the establishment of the Environmental Movement, Earth Day and the Environmental Protection Agency in December of 1970. WNCR’s success gave it the ability to break into mainstream media and fracture a consortium of corrupt U.S. big business, mainstream media and government corruption, through dynamically breeding sustainable corporate and consumer activism that fueled an out-cry that led to  the development of the environmental movement  in America and finally the World.


Not only did these defining cornerstone accomplishments lead to the erection of the $110 million Rock and Roll Hall of Fame and Museum in Cleveland, Ohio and establish Cleveland as the “Rock and Roll Capital of the World,” Cleveland’s global FM Radio broadcast history and cross-cultural entertainment programing has delivered in excess of $5.5 trillion of new economies representing significant new expendable income ratios for consumers at home in the USA and located in third-world nations around the World.

Mr. Craciun believe that, throughout history, cross-cultural exchange has been and remains the key to expanding global prosperity and helping to preserve health freedom.

ITM (Group) has been acknowledged for having opened up new markets for its proprietary projects, and has successfully established – for a select client base – market penetrations of varied and specific requirements, from the establishment of a corporate entity’s presence in a foreign nation, to manufacturing, branding and distribution of products and services.

In 2020, following decades of dedication to the promotion and practice of therapeutic nutrition-based medicine in association with Dwight L. McKee, M.D., Scientific Director of Lifeplus Products, Mr. Craciun founded The Future of Medicine Foundation™ (TFMF), a 501(c)(3) non-profit (in organization) made up of globally recognized business and medical leaders whose primary purposeisto educate the public, business, and healthcare industry leaders by consistently reporting good science and conveying newsworthy facts that prove the importance of Orthomolecular Medicine’s (nutrition-based medicine) application of nutrition to prevent and or cure disease in order to sustain or regain a healthy quality of life. This is a concept that is fundamental to the foundation and evolution of Integrative and Functional Medicine and their integration into the forefront of mainstream medicine, which is crucial to return health to humanity.

The Future of Medicine™, Inc. (a for-profit entity wholly owned by ITM (Group of Cos.)) was founded by Mr. Craciun to generate significant levels of sustainable global recognition assets that will help provide the required economic resources to support TFMF program development of multi-national, multi-center, nutrition-based clinical trial research initiatives.

The Future of Medicine Foundation™ team of medical and business leaders have come together to advance global recognition, acceptance and advocacy within consumer markets for the disease prevention and lifesaving attributes of Nutrition-based Medicine (Orthomolecular, Integrative, and Functional Medicine) and the premier global institutions that work to protect our rights to health freedom, nutrition and nutrition-based medicine, the National Health Federation and the Foundation for Health Research.

The mission of TFMF to “Return Health to Humanity” is inspired and guided by the profound legacy of the late Richard A. Kunin, M.D., former NHF Vice President and Member of the NHF Board of Governors, who was a groundbreaking pioneer in the field of Orthomolecular (nutrition-based) medicine. His renowned and brilliant life’s work in nutrition research and practice blazed new trails that represent the very essence of the future of medicine. Dr. Kunin accepted the position of Honorary Director and Member of the Board of Advisors of The Future of Medicine Foundation before his death in late February 2021.

In early 2021, NHF President Scott C. Tips appointed Jack Craciun III to the position of Executive Director of Fundraising and Marketing for the National Health Federation (NHF) and the Foundation for Health Research (FHR). Board ratification of these appointments was granted at stages throughout the remainder of 2021. Jack is also a member of the Board of Advisors of both NHF and FHR.

As with the Environmental Movement, Jack strongly believes that we possess every tool we need to succeed, with sustainability, through the initiation of a grass roots movement that will grow explosively at this most horrific time in mainstream medicine history to stop mainstream medicine’s rapacious inhumanity to man, advance Nutrition-based Medicine into its proper place in the future of medicine, and advance health freedom.