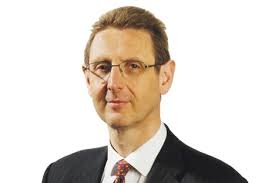 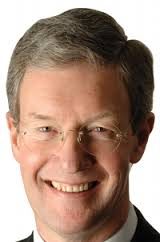 The Medicines and Healthcare Regulatory Agency or MHRA protects the monopolies of the billion-dollar pharmaceuticals (who charge, eg. £40,000 for a round of chemotherapy poison), and ruthlessly close inexpensive, effective treatments wherever it can. Ten public bodies state they are corrupt (see below). The MHRA kills around 200,000 British people a year, and 12,000 have signed the above petition to close them down.

Their crime is a £9 Billion drug fraud; conspiring to defraud the NHS and the British government of £9 Billion, while concealing inexpensive treatments that work, causing 200,000 deaths as a result, the worst kind of fraud.

Its murder for profit. To kill without conscience or remorse requires a psychopathic mentality. Which MHRA board directors are psychopaths? 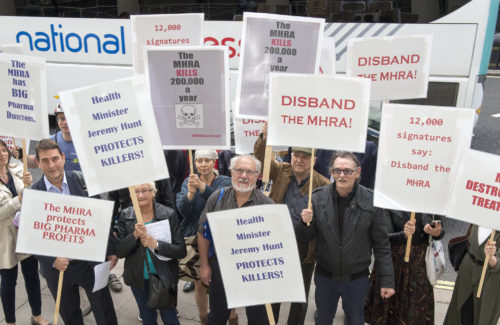 The MHRA has been hijacked; its board has been infiltrated and is controlled by Big Pharma. This corrupt board has no right to be in charge. They abuse their positions to make the MHRA do the exact opposite of what it was intended for, which was to protect the British from Big Pharma.

Paul Flynn MP, Newport: What credibility does the MHRA have?

Recent events have proven that it is not a watchdog; it is a pussycat that purrs in front of the pharmaceutical industry and does what it is told. It has an incestuous relationship with the big pharma and has a close association with the Association of the British Pharmaceutical Industry. It has a disgraceful recent record. We can look with gratitude to the work not of the Medicines and Healthcare products Regulatory Agency in protecting the public, but to people such as Sarah Boseley of The Guardian for her exposé of the organization, to the television programme “Panorama” and to Richard Brook of Mind, who courageously resigned from the MHRA in disgust at its activities.

It is a matter of enormous importance that, in recent history, the regulator is not protecting the 25,000 people who suffered heart attacks and the 7,000 who died from taking a painkilling drug for arthritics that was withdrawn by Merck Sharpe and Dohme in September, after being promoted by the regulator.

House of Commons Health  Select Committee Report of 2005“In view of the failings of the MHRA, we recommend a fundamental review.”

MHRA: Regulators’ trail of deception has been exposed

Andrew Miller, the chairman of a parliamentary select committee, has said that a “trail of deception” has been exposed in the system.

MHRA under fire amid calls for shake-up of regulatory system:
The scandal of device regulation in the UK

Horton said: “The MHRA’s mission is ‘to enhance and safeguard the health of the public by ensuring that medicines and medical devices work and are acceptably safe’. The MHRA is, by its own admission, unable to for-fill  this mission.

MHRA, The Seroxat killer: Parmjit Dhanda, MP, Gloucester is asking the Government why they allowed Dr Ian Hudson, the MHRA CEO, to take part in the European Medicines Evaluation Agency (EMEA)’s review of Seroxat, an antidepressant. As well as working as worldwide safety director for GSK – the manufacturers of Seroxat (Paxil, Paroxetine)– from 1999 until 2001, Dr Hudson acted as witness for the defence in a trial in which Seroxat was accused of triggering a man’s violent and suicidal behavior.

“The MHRA had information in its possession for more than a decade that high doses of the anti-depressant Seroxat (Paroxetine) can lead to aggression and thoughts of suicide. But instead of revealing the truth to the 17,000 people taking high doses and the other half-million Britons on a safer dose, the MHRA sat on its findings. Astonishingly, I was actually threatened with legal action by Professor Kent Woods, chief executive of the MHRA, if I revealed this.”

The MHRA had shredded all its data on the SSRI antidepressants Fluoxetine and Paroxetine (which cause depression and suicide) even though they had seen many scandals with hidden data. Paroxetine was the largest investigation the MHRA had ever conducted; after 4 years criminal charges were considered against its manufacturer, GSK. But MHRA directors Ian Hudson and Gerald Heddell are both from GSK; the criminal charges never happened.

The MHRA is GlaxoSmithKline, Aventis Pasteur, Merck, Sharpe and Dohme

A Sunday Express investigation found that nearly a third of the 181 experts who sit on the Medicines Control Agency (MCA, now the MHRA) committees are linked to Glaxo Smith Kline, Aventis Pasteur or Merck, Sharpe and Dohme……The MCA has continued to endorse the triple measles, mumps and rubella (MMR) jab despite concerns linking it to autism and stomach disorders. But the extent of the MCA members’ financial ties to MMR manufacturers raises questions about potential conflicts of interest.

The MHRA’s big brother, the USA’s FDA, admits drugs, ie those the FDA and MHRA license, kill scores of thousands. That’s what happens when the regulator is controlled by the drug companies. The MHRA conceal this.

The MHRA is infiltrated by Big Pharma

“By infiltration the pharmaceutical companies have take over completely the regulation of pharmaceutical medicines in the UK. The most powerful of the groups involved is the Medicines and Healthcare Regulatory Agency, (MHRA), like the CDC, the agency responsible for licensing.” Martin Walker, author, Dirty Medicine.

The MHRA is criticized for failing to adequately regulate implants

with grim consequences for some patients. While the board contains retired senior executives from AstraZeneca and Merck Sharp & Dohme, it includes no one from a patient group, or any other body representing people whose health could be damaged by its decisions.

The web of unelected bodies functions as a kind of shadow government, drafting and enforcing policies, disbursing money, regulating – or failing to regulate – business, quietly, unobtrusively, without effective public scrutiny or restraint. When it is unbalanced, crawling with conflicts of interest, it makes a nonsense of democracy.

Even the courts know the MHRA is corrupt

The MHRA has never successfully prosecuted a company since it was established nearly 10 years ago.   (It seems judges won’t accept evidence from so corrupt a source.)

That this House calls for reform of the weak Medicines and Healthcare Products Regulatory Agency (MHRA) that is funded by the pharmaceutical industry and repeatedly fails the public interest; is appalled that the 20,000 victims of birth defects arising from the use of sodium valproate (Epilim) have been denied legal aid while American parents have already received compensation; recalls that there were 2,000 victims of Thalidomide in the UK and only 20 in the US; congratulates the US regulator, the Food and Drug Administration that revealed that 60,000 deaths had resulted from the use of the anti-arthritis drug Vioxx while no alarm was registered here because of the MHRA’s defective system of reporting drug side-effects; commends the US’ massive fine on Glaxo Smith Kline of $3.5 billion for suppressing negative results of drug trials while no action has been taken here for identical misdemeanors; and believes that the UK should be protected by a fully independent regulatory authority liberated from financial dependence on the pharmaceutical industry.

This was signed by 15 MP’s including Jeremy Corbyn. If they had carried the motion though, countless thousands of lives would have been saved.

Cancer Survival Rates in Britain are worst of Western Europe
The Daily Telegraph on the 26.09.15 effectively proved what a disaster the MHRA is for the UK. The European Journal of Cancer did a study on 20 million EU patients.

Jeremy Hunt is the Minister of Health ultimately in charge of the MHRA. He allows Big Pharma to control all his health departments, not just the MHRA. That’s far worse than just slovenly or incompetent. He’s responsible for 200,000 unnecessary deaths every year. He should resign.