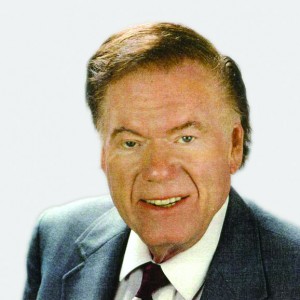 “And the World owes Dr. Robert Beck a huge vote of gratitude posthumously. He has left a wonderful legacy.” Irwin V., Ontario, Canada

Who was Bob Beck?

During his career as a physicist, Bob Beck developed a reputation for inventing sophisticated scientific instrumentation. He applied that expertise to develop technologies for health. His talent was coupled with a powerful drive to bring his simple-to-use devices directly to the attention of the public. He was a man with a mission to bring health technologies that could readily be used in the home to the attention of us all:

Now my little mission in life, if I have one, in ten words or less, has been and will be until I die, to give people back to themselves. Deliver them from the hands of vested interests … the thousands of people who are trying to profit from your misfortunes.1

Bob believed passionately that we should have the freedom to choose all nature of health modalities. He would always conclude his talks, including his presentations at National Health Federation Conferences in the1990s, with the words: Take Back Your Power! 2

From an early age it was evident that Bob had an affinity for science and electronics. He earned an electrical engineering degree at the University of Southern California and later a doctorate in physics from the Atomic and Nuclear Sciences Institute. Bob paid for his education by working as a professional photographer – a passion he developed while still in high school. In 1950, after several years of experimentation, he received the patent for the first portable photoflash. The flash cameras we use today are the grandchildren of Bob’s original photoflash. After several inventions in the fields of photography and cinematography, Bob went on to develop unusually sensitive and portable instrumentation throughout his life – including an EEG Biofeedback device in the early 1970s; the first portable, pocket-sized magnetometer in the U.S. that could detect harmful extra-low-radiation or frequencies (EMRs); and in 1983, a Cranial Electro Stimulation unit known as the Brain Tuner. The Brain Tuner was designed to balance neuro-transmitters and continues today to help individuals reduce stress, anxiety, and even overcome some addictions.

Bob felt his greatest achievement came in 1992 with the birth of the first of four steps that would become known as the Beck Protocol. The idea for his health legacy germinated when he heard about research conducted at the Albert Einstein College of Medicine. Microcurrents, applied to blood in a petri dish in the laboratory, indicated that gentle electricity could neutralize pathogens in blood. The medical researchers gained patents on the technique using either an implanted device, or a dialysis-type technique, to expose flowing blood to microcurrents. Based on the laboratory results, one patent states the low level of current renders “… the bacteria, virus, parasites and/or fungus ineffective to infect or affect the normally healthy cells while maintaining the biological usefulness of the blood or other fluids.”3 In addition, one of the principal researchers, Dr. William D. Lyman explained on a CBC radio broadcast in Canada, that the level of electric current was considered safe as it was about the same as pacemakers that have been used safely for many years.4 The research was mentioned in the March 30, 1991, issue of Science News and a paper was published in Surgical Technology Int. in 1996; but despite the promising results, the researchers did nothing further to bring the technology to a practical use.

Bob felt certain he could design technology, based upon their research, that would work when the microcurrents were applied externally to the body. His design resulted in the placement of electrodes over the arteries near the surface of the skin. Voila! Twenty-two years later, with the technology spanning the Globe, feedback from those who have used Bob’s design indicate he did indeed leave us a legacy for health.

Bob was grateful for the discovery and made his findings and how to build a unit freely available:

I thought my God, I have really been blessed. God’s will be done, to have brought this thing to the public in a form that they can use. …

I have brought a number of things into society which have been of genuine benefit, I feel, to people who have used them. And this is probably one of the greatest things I’ve done in my entire life.5

Research also indicates gentle electricity applied to the body stimulates the body’s ability to heal itself. Peter H. Lathrop, Ph.D discovered that microcurrents improve body processes that are critical to healing. He reveals that the production of ATP (adenosine triphosphate) is increased. ATP is the molecule formed in the cell that is crucial to giving the cell and the body energy to function. “Low voltage electrical current actually recharges the energy level of the cell which changes the biochemical working of the cell at micro levels. This has been shown in recent studies to increase ATP energy production by up to 500%.”6 Lathrop’s work may explain why individuals who have used the Beck unit often report an increase in energy.

As another step for health, Bob added drinking ionic colloidal silver. He awoke very early one morning knowing how to very simply make a silver solution. He added the circuit to his instructions on how to build a “blood electrification” unit. Bob felt colloidal silver was a good back-up for the immune system. As a point of interest, many people are not aware that it was Bob Beck who invented the way to make ionic colloidal silver in the home using a low-voltage electrolysis process.

Next, he added magnetic pulsing in the form of a pulsed magnetic field to apply microcurrents to specific areas of the body – especially the lymph nodes. Lastly, he recommended drinking freshly ozonated water to help flush out toxins. His legacy for health became a four-step program – the Beck Protocol.

Twelve years after Bob’s passing in June 2002, the Bob Beck Legacy Association celebrated his life with the launch of a website dedicated to information about his health legacy and his achievements. As caretakers for his personal papers and effects, the website is based upon source materials. The website also features a database of testimonials from individuals who continue to share their experiences with the Beck Protocol and the Bio Tuner (formerly Brain Tuner).

We invite readers to visit: www.bobbeck.com.

The Bob Beck Legacy Association is dedicated to help people around the World discover the Beck Protocol, a simple protocol for health. Victoria Ashman administers the website on behalf of the Association.