Written by the National Health Federation 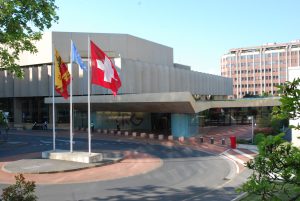 “You will never understand bureaucracies until you understand that for bureaucrats procedure is everything and outcomes are nothing.”     – Thomas Sowell

Remember, the Codex Alimentarius Commission is a worldwide body that since 1963 has been setting food standards for international and, in many cases, domestic trade. Part of Codex’s strategic goals is for its food standards to be applied within every member country’s borders. The National Health Federation (NHF), a Codex accredited INGO, actively participates in Codex meetings by its persistently vocal insistence on decisions that will create optimal health and health freedom.

At this recent meeting, the Codex Alimentarius Commission (CAC) decided the following:

NHF has worked hard to defend your health and your health freedoms everywhere, but especially at Codex meetings. For us to do that, we need your financial support. Please DONATE so that your voice can continue being heard. Without your support, our efforts will be greatly reduced or even ended. More importantly, who will speak out for your health and that of your family?

There is far too much collusion between the pharmaceutical and agricultural industries and the so-called government “regulators” who are supposed to protect the public. This corruption is pandemic and must be stopped. That is part of NHF’s mission.

To understand the full extent of the betrayal by Codex delegates of your health and health freedom at the Commission meeting this July, read the full report here.