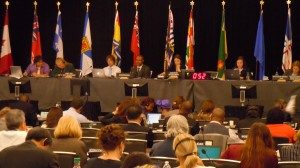 Minneapolis, Minnesota is the hosting City for Codex Alimentarius’ meeting on Veterinary Residues in Foods during the last week of August 2013.The National Health Federation, NHF will be there attending not only the plenary session but the working group on the Guidelines on Risk Management Recommendations for Residues of Veterinary Drugs  with the intention and goal of protecting the food supply and assuring we have access to clean but also truly healthful products. We need your support in order to participate. Please consider making a donation and help us underwrite expenses for this vital attendance.

The average American consumes 200 pounds of meat and fish, 67 pounds of poultry, 30 pounds of eggs, and 600 pounds of dairy products each year. 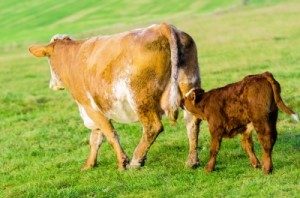 When hospitals decide clean meat is a priority, we know we’ve come to the tipping point of desperation. A recent article by Christine Sarich states, “Due to a precedent-setting move by the University of California at San Francisco (UCSF) Medical Center and a recent almost-unanimous vote by the Academic Senate of the university, over 650,000 meals served to hospital patients each year will now be free of meat that has been treated with antibiotics.”

“There is overwhelming scientific consensus that overuse of antibiotics in livestock is a health hazard to people,” remarked Dr. Thomas Newman, a member of the Senate. 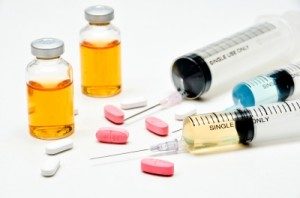 We create antibiotic resistance and hormonal imbalance in ourselves when we eat meat, dairy, or honey tainted with antibiotic residues. In researching “vet residues” on the internet this came up, “The major classes of veterinary drugs include antibiotics, anthelmintics, coccidiostats, nonsteroidal anti-inflammatory drugs, sedatives, corticosteroids, beta-agonists and anabolic hormones. These drugs, which are administered to live animals, can remain as residues in animal tissues.”

Obviously we are ingesting far more than antibiotics with animal products and with the volumes of consumption noted above.

Contraband drugs like nitrofurans, chloramphenicol, clenbuterol and diethylstilbestrol continue to be used because they are cheap despite having been banned in most countries due to their carcinogenicity.  Testing equipment is often substandard or incapable of testing to the correct parts per million (ppm). The problem is magnified when coupled with pesticides, artificial flavors and coloring, as well as other additives, preservatives and alternative chemicals commonly found in processed food, and of course, GMO grains fed to animals.

Monica Eng of the Chicago Tribune states that “[t]he FDA can issue legal limits but admits it doesn’t have the means to enforce them by inspecting farms. Last year, the U.S. Food and Drug Administration issued 78 warning letters (up from nine in 2002) to livestock producers or brokers whose meat samples bore traces of illegal drugs or of residues that were illegally high.

Those numbers likely underestimate the problem, as the U.S. Department of Agriculture samples only a fraction of the animals slaughtered each year. The FDA enforces regulations on residues but said it doesn’t have the resources to inspect every facility connected with an animal found to be in violation.”

Even bees don’t escape antibiotic dosing as their hives are treated for “disease management.” Samples are taken to ensure the honey produced by the treated bees does not contain unacceptable concentrations of the medicines. Invariably, Codex’s definition of “unacceptable concentrations” is far higher than the consumer’s would be and that is where NHF comes in and why we need your support to speak for you at Codex. 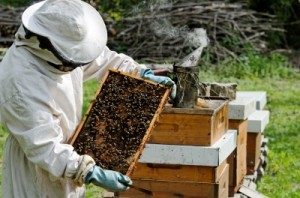 Just as NHF’s triumph at Codex in Beijing in March 2013, where we were successful in reducing aluminum in the food and beverage supply by up to 50% and eliminating it entirely in other cases – even challenging the manufacturers to create equipment that doesn’t require aluminum to “keep it from catching fire”– once again NHF anticipates being the productive goad to changing animal husbandry practices globally.

However, we cannot do this without you. NHF has been protecting individuals and families since 1955 and so many aren’t even aware how hard we fight to protect health and health freedom. We do not receive any government funding but rely on the faithful support of members and donors. Please consider adding the National Health Federation to your charitable giving program on a regular monthly basis so we can count on having the funding in place to represent the needs of the consumer at the seat of power: Codex Alimentarius.

Remember, NHF is the only health-freedom organization with the power to speak, submit research and comments, and review the final report on the outcome of these meetings. We are also only one of five consumer groups at Codex and as in the case of our attendance in Beijing, NHF was the only consumer group protecting your health and health freedom present out of the entire World represented by independent non-governmental agencies (INGOs) and Country delegates. Were NHF not in attendance, your health would surely be affected. The aluminum victory is just one victory your support has afforded the World and your family this year.

The NHF enjoys a unique place of incredible power in the health-freedom world and we can each be very proud to be a part of a great organization creating so much positive change in the World! 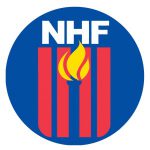 See Sarisch C, “Over 650,000 Meals in Hospitals Will Now Be Served Without Antiobiotic-Infested Meat Due to Super-Bugs,”  Natural Society, June 8, 2013, at http://naturalsociety.com/650000-meals-hospitals-served-without-antibiotic-infested-meat/#ixzz2VjiqLA6m