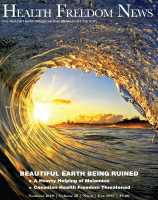 Codex Serves Up a Hearty Helping of Melamine!

Did you ever see that movie Night of the Living Dead?  Well, I didn’t either.  But I can imagine how it went, with mindless zombies roaming around turning others into the same.  I don’t mean to be discourteous to my fellow Codex delegates, but I am reminded of the movie each time that I attend the meetings of the Codex Committee on Contaminants in Foods (CCCF).

This most-recent CCCF meeting, held this week of April 26-30, 2010, in Izmir, Turkey, has been no exception.  No arguments, no disagreements, no hot collars, just plodding murmurs of assent to whatever is put in front of them.  Here it is, eat it.  Okay.  Mmmm, tastes good . . . .

The hosts for the meeting were the Dutch government nominally and the Turkish government actually, with the Turkish host outdoing all other Committees in the quality of the surroundings, receptions, and events planned for the Codex delegates.  This was far and away the best-arranged Codex meeting, thanks to Turkey and there could be no complaints there.

Melamine on your Table

Unfortunately, though,  the Committee itself expressed a general desire to adopt “acceptable” levels for melamine in foods when melamine is not even a contaminant naturally found in soil, water, or air.  It is completely man-made and man-introduced.  So, its acceptable level should be set at zero.  Unfortunately, the Committee members had other ideas.  (See Codex document “Proposed Draft Maximum Levels for Melamine in Food and Feed (N13-2009)” at (codexmelamine2010mtgdoc.)   The CCCF party line, espoused most vocally by the European Union (EU), was to establish an acceptable contamination level for melamine at 1.0 part per million (ppm, equal to 1 milligram per kilogram of food) for infant formulas and 2.5 ppm for adults.

The problem is that melamine, even at low levels, can interact with other contaminants with lethal effect.  For example, small amounts of melamine combined with pesticides/herbicides such as cyromazine used on mushrooms has a multiplicative effect, so that when regulators look at contaminants in isolation, they are not seeing the real-world picture.  Yet, that isolated perspective is what they are basing their rules, regulations, and standards upon.

At the meeting, as the NHF’s delegate, I argued – unfortunately alone – that “Melamine is a synthetic chemical, deliberately added to foods.  It is cumulative, deadly to humans and animals, and, as such, has no place in the food chain.  Its acceptable limit for human consumption should be set at zero.  Unlike naturally-occurring toxins, such as arsenic and lead, melamine is an intentional contaminant, whether directly or indirectly added to foods.”  (See also the NHF’s written comments, submitted to theCommittee as CRD 10, at (MELAMINEPAPER4-10.pdf)

Brains Left at the Door

But hearing delegation after delegation after delegation support the EU position (even one, Ghana, which had promised earlier to support the NHF), the NHF was forced to argue its fallback position, which was that the 1.0 level for infants should then be set across the board for all foods and feeds.  “Why,” I challenged the delegates, “if the issue is – as the EU and other delegations say – that we cannot keep melamine out of our foods as a practical matter, we are able to establish a level of 1.0 contamination for infants but find it impossible to set the same for adults? Why not 1.0 for all, at the very least?”

Not one single delegation answered that question, so NHF raised it yet again, challenging the delegates to answer it and braving the disdain of the CCCF chairman Mr. Martijn Weijtens, who insulted the NHF with dismissive comments.  Still, no one could or would answer the question.

Instead, the EU delegate proceeded to push through exemptions to even these unacceptable levels of melamine contamination!  So, in three cases (from the application of cyromazine as a pesticide/herbicide, from migration through food contact with melamine dinnerware and other foodware, and from certain food additives and ingredients) even the insane 2.5 ppm level will and can be exceeded, as the CCCF agreed with the EU suggestion!  They could not have cared less.

I was stunned when I heard that the EU wanted exemptions so large that you could drive a truck through them.  I was just waiting for someone to suggest that all of the Codex delegates place their heads in nooses too, for I was certain they all would have happily murmured their assent to that suggestion as well.

NHF therefore proposed that if and when melamine contamination levels exceeded 2.5 ppm, then that fact must be disclosed on the food or feed labels for consumers to read.  The Chairman helpfully stated he would not take that idea up at his Committee, and that was the end of that idea at this meeting (but not forever).

The CCCF meeting ended on the last day of April, having mindlessly adopted standards of melamine contamination that will needlessly harm humans and animals all over the World all for the convenience of a few industries.  It was absolutely inconceivable and disgusting that only the National Health Federation spoke out against melamine contamination.

It is truly bizarre that Codex delegates will trip all over themselves in their rush to establish low maximum acceptable levels for healthy vitamins and minerals, but when it comes to a true industrial contaminant, extremely harmful to health, they look the other way.