Glyphosate: The Grim Reaper of Agribusiness 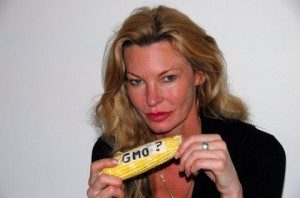 What is the link between vanishing Monarch butterflies in North America, city dwellers in Europe excreting weed killer in urine, and kidney disease in Central America? The link is likely the World’s most heavily used pesticide called glyphosate. As food sovereignty becomes a dominant global issue, much greater scrutiny is being levied on pesticides, herbicides, and Genetically Modified Organisms (GMOs).

The weed killer named glyphosate was originally patented by the multinational corporation Monsanto. Their trademark brand of glyphosate is called Roundup®, which they claim is nontoxic and is as safe as aspirin.  Yet, an increasing number of health concerns and environmental incidents are calling the safety of glyphosate into question.

Every year, hundreds of millions of Monarch butterflies, each weighing less than a paper clip, travel thousands of kilometers from Canada and the USA to winter in small forest reserves in Mexico. The butterflies are so plentiful they color trees orange and literally bend branches under their collective weight. That may soon become history. December 2013 saw the lowest levels on record; a stunning 44% decrease from the previous year. In February 2014, Canadian Prime Minister Stephen Harper, Barack Obama, and Mexican President Pena Nieto pledged to protect the butterflies, which are disappearing as milkweed (the plant they lay their eggs on and which is their only food source) is being destroyed by the herbicides used on genetically modified crops. Monarch butterfly populations hibernating in Mexico from December to March dropped from a high of 1.1 billion in 1996 to only 33 million this year.

Herbicides are a class of pesticides and food crops have strict limits on allowable herbicide residue – or do they?

Highly toxic levels of herbicide are now legally allowed in food, not just genetically modified foods, but all non-organic foods. 800,000 tons of glyphosate (the main ingredient in Monsanto’s Roundup®) is produced annually worldwide. This is a mind-boggling amount of toxic chemical being used mainly in agriculture but also as cosmetic weed control. It is no wonder that glyphosate is ubiquitous in our air, water, food, and soil.

Glyphosate is so omnipresent that it is being detected in the urine samples of city dwellers, according to the German Journal Ithaka. In Berlin, Germany, the urine samples ranged from five to 20 times the amount of glyphosate permissible in drinking water. In similar tests across 17 other countries, glyphosate turned up in 44% of the urine samples.  Although Europe generally does not grow or import genetically modified crops for human consumption, imports of genetically modified crops are fed to animals, which in turn are fed to consumers and become a source of second-hand glyphosate-pesticide exposure.

In addition, farmers globally are using glyphosate or Roundup® to aid in the harvest of their crops. It is called “desiccation” – purposely spraying crops to death. This practice ensures the harvest dries evenly (and is saturated with pesticide.) The harvest is then sent directly to food processors and to the plates of unwitting consumers. This practice is commonplace for the harvest of potatoes, some cereal grains, and dry beans like pinto beans, kidney beans, navy beans, dry peas, and lentils.

I wonder if people are aware of how incredibly fast our common food supply is being undermined? Corporations like Monsanto, Syngenta, Bayer, Dow, and Du Pont are taking over control of the global food supply. Their products all include pesticides and genetically modified organisms, which go hand in hand.

For the uninitiated, GMO science involves mixing the genetic structure from very different species. Viral, bacterial, and antibiotic marker genes are artificially inserted into the genetic code of basic food crops like corn, soy, sugar (from sugar beet), cottonseed, canola, and alfalfa. The seeds are patented and some genetically modified  plants produce their own insecticide Bacillus thuringiensis (Bt) from within the plant  (herbicide-resistant corn, soybeans, and cotton; corn targeting the European corn borer; Bt corn for corn rootworms; and Bt cotton for Lepidopteron insects.)

Other patented seeds are genetically modified to be sprayed with Roundup® herbicide and not die.  When using glyphosate, farmers can top-spray the entire crop for the purpose of weed control without damaging the crop.

Once released into the environment, there is no way to ever recall any genetically modified seeds – they will reproduce uncontrollably, forever.

Remarkably, most North Americans are not even aware that they are eating GMOs as neither the U.S. nor Canada has food-labeling laws mandating GMO disclosure on them. This general lack of public awareness is in stark contrast to the worldwide re-evaluation of the environmental harm and health risks associated with GMOs and pesticides.

For example, it has been reported that Russia will not import GMO products. The country’s Prime Minister Dmitry Medvedev was quoted in April 2014 by the newspaper Ukraine Timeline as saying, “The Nation has enough space and resources to produce organic food.” The Russian Agriculture committee supported a ban on the registration and trade of genetically modified organisms. It was suggested that until specialists develop a working system of control over the effects of GMOs on humans and the natural environment, the government should impose a moratorium on the breeding and growth of genetically modified plants, animals, and microorganisms.

Other countries are reconsidering their own positions on pesticides. Sri Lanka is considering a ban on glyphosate due to new studies that suggest that the chemical is a main cause behind the kidney disease epidemic affecting agricultural workers.  Dr. Channa Jayasumana reiterated the findings, “Glyphosate acts as a carrier or a vector of heavy metals like arsenic to the kidney.” In Brazil, the Federal Public Prosecutor has asked the Country’s justice department to suspend the use of glyphosate. Honduras and El Salvador also report agricultural workers increasingly dying from kidney disease.

However, the U.S. continues to ignore these issues. This despite the fact that the U.S. is one of the countries that should pay closest attention as it is a Global leader in illness and American citizens have a life expectancy two years less than that found in other developed countries. In addition, the U.S. has only 5% of the World’s population yet consumes 50% of the pharmaceutical drugs used globally (in comparative dollar value.) The net result is health-care spending amounting to 17% of the Gross Domestic Product – the highest in the World. In light of these statistics, you would think the American administration would be fine-combing research that could illuminate the source of the illness epidemic it faces. That is not yet the case. The government has no official response on the findings of top research scientists like Dr. Stephanie Seneff of MIT, who associates the effects of glyphosate to many common health issues.

When the good gut bacteria are not there to produce the amino acid tryptophan, then serotonin is low and the result is depression. If the good bacteria cannot produce thyroid hormone, tyrosine, or phenylalanine, then chronic fatigue and obesity can develop.

Conversely, the harmful pathogens like Clostridium botulinum, Salmonella, and E. coli are able to survive glyphosate in the gut and grow unchecked leading to gastrointestinal diseases such as inflammatory bowel disease, chronic diarrhea, colitis and Crohn’s disease, gluten intolerance and leaky gut syndrome.

A decade ago, Monsanto received a patent covering glyphosate’s use as an antimicrobial agent, so perhaps they knew then about these harmful side effects. Dr. Seneff contends that there is also a strong gut-brain connection as well as an internal mechanism to detoxify glyphosate, which creates ammonia as a byproduct. Ammonia levels are extremely high in Alzheimer’s disease and Autism, and the rates of both diseases are skyrocketing in North America. In 1970, the rate for Autism was 1 in 10,000. Currently, the latest statistics released by the Centers for Disease Control show that 1 in 50 children in the U.S. now fall within the Autism spectrum. Forward-looking projections calculate it will be 1 in 2 children by the year 2030.

Dr. Seneff also foresees nutritional deficiencies due to Roundup® and glyphosate as they bind with the minerals in the soil. Glyphosate binds iron, zinc, copper, manganese, magnesium, calcium, boron, nickel, and others, essentially removing them from the pool of nutrients available for plants, animals, and humans. Therefore, the crops grown in the soil are deficient in these minerals and the end consumers – the people and animals – will not receive these nutrients. Manganese alone is necessary for bone production, blood sugar control, and making a powerful antioxidant called superoxide dismutase.

And if that were not enough, glyphosate interferes with the p450 enzymes, which is the major detoxification mechanism in the liver. It is a domino-cascade of ill effects seemingly caused by glyphosate and Roundup® herbicide.

There is a smoking gun and many causalities involved in the story of pesticides, herbicides, and the genetically modified food. Glyphosate may turn out to be an insidious killer. The best way to protect yourself is to buy sustainably grown, certified organic food. Heritage or heirloom seeds will become a top commodity in the foreseeable future, you can bank on that.

Heidi Osterman is a certified nutritionist working for the Chelation Medical Center for 14 years in Kelowna, BC. Heidi is the founder of the True Food Foundation, which creates awareness nationally and internationally about the impact of GMOs on our health and the environment.