The FDA, the DEA, the States, and the WHO all have different views on CBD Oil 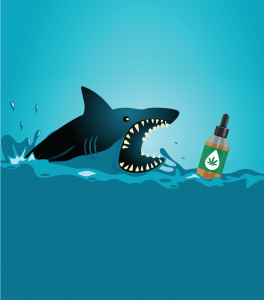 CBD (or Hemp) oil is the hot topic in the health market and news these days. But just as William Hitler, who enlisted in the U.S. Navy during World War II, was tainted by his Uncle Adolf’s evil reputation, so too is Cannabidiol (CBD) oil tainted by its kinship with marijuana. Yet, both William and CBD have done much good for others, so it is a shame that in the more recent case CBD oil suffers from a regulatory limbo that keeps many in pain and ill-health that they neither deserve nor should even suffer from.

Usually extracted from the resin glands on cannabis (marijuana) buds and flowers, CBD oil can also be extracted from hemp. The latter source is an industrial form of cannabis with a tetrahydrocannabinol (THC) concentration of 0.3% or less. THC is the chemical compound that is responsible for the psychotropic effects that many people seek from marijuana. CBD oil is almost always diluted with a food oil to reduce its overall CBD content and its effects upon the CB1 receptors in the brain are 100 times weaker than those of THC. It would be extraordinary for a person to experience hallucinations or euphoria from having taken CBD. Or to experience safety issues.[1] The World Health Organization (WHO) agrees.[2]

CBD oil possesses many health benefits. Among them are the ability to relieve pain, reduce inflammation and antipsychotic effects, relieve nausea, treat seizures and other neurological disorders, promote cardiovascular health, and even help fight cancer. The last of these benefits may be the most damning, given that it threatens a multibillion-dollar, entrenched medical business.

Still, the positive reports from CBD-oil users have been nothing short of amazing. And its application towards ending the opioid crisis of deaths seems to be proven as those States that allow CBD oil to be sold have far fewer opioid prescriptions issued and fewer opioid deaths.[3]

Of course, for most of the existence of the United States of America, hemp along with its many uses and derivatives was legal. It was only in the 20th Century that the possession or transfer of marijuana for recreational uses was outlawed in the United States under Federal law with the passage of the 1937 Marijuana Tax Act. In 1970, the Controlled Substances Act replaced the Tax Act and created five different schedules of “controlled substances” based upon their danger and risk of addiction. Schedule I substances were deemed to be the most dangerous and addictive, with no currently accepted medical uses, and cannabis was included in Schedule I.

More recently, though, the medical-marijuana movement across the United States was able to push through laws and/or successful citizens’ initiatives that legalized the use of marijuana for medical (and even recreational) purposes, particularly for easing cancer and other pains. The Federal government under the Obama Administration had lessened enforcement of Federal marijuana laws in those States that legalized the plant, even though Federal law still prohibited it.

In the 29 states where medicinal or recreational marijuana has been legalized, CBD oil is permitted to be sold and used. Another seventeen States have CBD laws that permit its use, possession, and/or sale (Alabama, Georgia, Indiana, Iowa, Kentucky, Mississippi, Missouri, North Carolina, Oklahoma, South Carolina, South Dakota, Tennessee, Texas, Utah, Virginia, Wisconsin, and Wyoming), but with their own special limits on THC levels and consumer use. Moreover, there are numerous online CBD-oil websites offering the product for sale throughout the country.

Among the many provisions in the Farm Bill passed by Congress and signed by Barack Obama in early 2014 was Section 7606, which defines industrial hemp as distinct from marijuana and allows States to cultivate industrial hemp and CBD.[4] Notwithstanding this law, the Drug Enforcement Agency (DEA) ignored it and on December 14, 2016 published a Final Rule that classified cannabis-derived extracts – including CBD oil – with their own category and code number to “better track these materials” but which effectively states that cannabis extract is a Schedule-1 narcotic. In fact, the Final Rule clearly reads, “[e]xtracts of marihuana will continue to be treated as Schedule I controlled substances.”[5]

The Final Rule took effect January 13, 2017, but was immediately followed up by a petition filed that same day against the Agency with the Ninth Circuit Court of Appeals.[6] In filing the action, petitioners’ attorney Bob Hoban said, “This is an action beyond the DEA’s authority. This Final Rule serves to threaten hundreds, if not thousands, of growing businesses, with massive economic and industry expansion opportunities, all of which conduct lawful business compliant with existing policy as it is understood and in reliance upon the Federal Government.”

However, on May 1, 2018, a three-judge panel of the Ninth Circuit ruled against the hemp industry and upheld the DEA Final Rule. As otherwise reported, “Part of the Court’s decision rested on a technicality. Because none of the parties to the petition filed comments during the DEA rulemaking process, the court wrote, they’re not eligible to challenge the final rule in court.”[7] The Farm Bill’s provisions were left intact, however, so that the petitioners claimed a partial victory. Still, this ruling means that hemp producers can only sell cannabidiol where it is allowed under State law. Petitioners’ attorneys have filed a challenge to the panel’s decision and it remains to be seen how this will all play out.

Because of the laws and rules still in place outlawing industrial hemp and true CBD oil, many are turning to synthetic CBD oil instead with dangerous consequences.[8] So, the outdated laws and rules that supposedly are in place to protect consumers are instead harming them.

Moreover, some pharmaceutical companies reportedly have tried to prevent all CBD oils from being rescheduled by States such as South Dakota from Schedule I to Schedule IV. Instead, they want only “drugs approved by the FDA” to be rescheduled.[9] How kind of them to want their competition to be left in the cold while they sweep up the CBD market share and patients suffer! Fortunately, the South Dakota legislators did not fall for this trick.

The FDA’s Request for Information on Scheduling

Although the FDA has made well-known its antagonism to CBD oil,[10] on April 9, 2018, the Food and Drug Administration (FDA) published a request for information in the Federal Register in which the Agency solicited information and comments concerning abuse potential, actual abuse, medical usefulness, trafficking, and impact of scheduling changes on availability for medical use of five hemp drug substances including Cannabidiol. The Notice further stated that “these comments will be considered in preparing a response from the United States to the World Health Organization (WHO) regarding the abuse liability and diversion of these drugs. WHO will use this information to consider whether to recommend that certain international restrictions be placed on these drugs.” WHO’s 40th Expert Committee on Drug Dependence will take place in Geneva, Switzerland on June 4-8, 2018.

In a well-written letter to the FDA, Michael McGuffin, president of the American Herbal Products Association (AHPA), made a concise case in favor of CBD remaining an unscheduled substance and arguing that “current information does not justify a change in this scheduling status nor does it justify scheduling of the substance.”[11] In doing so, AHPA has done its members and consumers a huge service by expressing views shared by many of us.

Based upon my own experience with the FDA’s actions at Codex Alimentarius meetings over the last 20 years, I expect that the FDA will ignore industry and consumers and instead argue against the WHO conclusion and for strict international drug scheduling of any cannabidiol product. While events might prove me wrong, it is a rare bet that is lost when betting on FDA rigidity, insensitivity, and anachronisticy.

[8] See, e.g., “CORRECTION: 60 U.S. soldiers hospitalized in past month after vaping synthetic cannabinoids,” The Cannabist, Feb 1, 2018, at https://www.thecannabist.co/2018/02/01/soldiers-dead-hospitalized-synthetic-cbd-vape/98021/. For an additional view on this, see CannabiGold’s “Truth and myths about synthetic and isolated CBD,” undated, at https://cannabigold.pl/en/knowledge/truth-and-myths-about-synthetic-and-isolated-cbd/.

[11] AHPA, “Comments of AHPA on the FDA’s Request for Comments on International Drug Scheduling, etc.,” April 23, 2018, at http://www.ahpa.org/Portals/0/PDFs/Advocacy/18_0423_AHPA_Comments_FDA_WHO-ECDD_cannabis_review_FINAL.pdf.