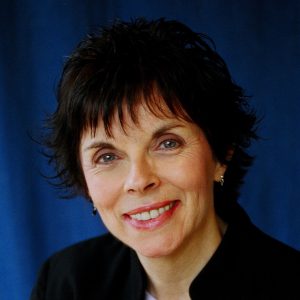 Just before several members of Friends of Freedom International (FOFI) left for Rome, we were aware that neither the U.S. nor the Canadian delegations to Codex were going to intercede to stop a restrictive and compulsory guideline on vitamins and minerals to be adopted that could overrule U.S. law and Canadian regulations with regard to dietary supplements.

And then the moment we were all waiting for – at 3:45 pm on July 4th in Rome – we received a slap on the face and a swipe against our independence. In a stuffy, sweltering room holding about 500 delegates from 85 countries and many trade groups only one lone consumer Non-Government Organization (NGO) spoke out – National Health Federation. In that instant history was made and health was unmade – Codex adopted restrictive vitamin and mineral guidelines.

At a time in history, with the developed world suffering from bad nutrition, malnutrition and obesity; with our nutrient-deficient, factory-farmed food, contaminated by pesticides and herbicides; with existing regulations favoring packaged, processed, homogenized food; and a developing world not always knowing where their next meal (nutritious or not) is coming from, Codex, under the guidance of Germany and the European Union, adopted a draconian guideline for dietary supplements that puts severe restrictions on the trade of nutrients above a certain low level.

It’s even worse than that. Delegates from 85 countries adopted a blank piece of paper (risk assessment and safe upper limits for nutrients) to be filled in later when a committee – behind closed doors, decides on what actual amounts of supplements will be allowed according to so-called “risk assessment”. In my book, Death by Modern Medicine, I make the point that peanuts are way more dangerous than dietary supplements and include a full paper in the Appendix by Dr. Abram Hoffer attesting to the safety of supplements and exposing the reason why modern medicine and Big Pharma continually attacks them. It boils down to “follow the money”. The enormous popularity of dietary supplements is hurting the drug industry – an industry that wants to keep its dangerous drug monopoly over all aspects of our health and disease.

Something else you need to know is that Dr. Rolf Grossklaus is the German chairman of the Food and Dietary Supplement Committee of Codex and he just happens to be a risk assessment expert in the German government (which only allows high-potency vitamins and herbs by prescription). His idea of vitamin and mineral risk is whether or not they interfere with drugs!

As we said in “Kiss Your Vitamins Goodbye”, the REAL reason for promotion of “risk assessment” is based on two agendas. First, to be able to strip the over-the-counter marketplace of everything but low quality, low dose-level products that won’t do much to support or improve health. Second, to set up the frame-work to allow Big Pharma to take over the supplement market as a new form of drugs where prices can be jacked up outrageously and doled out by doctors for a fee.

Codex also adopted the dietary supplement guidelines at the same time officials were crying for more money from the WHO and FAO. Incredibly the analogy was made of a child (Codex) asking for more from its parents (WHO and FAO)! I heard it with my own ears!

Also at that meeting the WHO agenda was rolled out. A WHO representative, Dr. Kerstin Leitner, from Germany, Assistant Director-General for Sustainable Development and Healthy Environments, promoted the revised International Health Regulations that provided a global regulatory framework for inter-national health in her opening remarks on July 4th. Later in the week she admonished the Codex assembly that it was doing very little to support health in its work. You can be sure that she will “follow the money”. If WHO is going to give more money to Codex, it will likely do so under the banner of Sustainable Development and Healthy Environments as indicated by Dr. Leitner’s title.

This, I know, will strike a cord with the people FOFI members met at the Freedom 21 convention held in Reno, Nevada July 14-16, 2005, who are aware that the sustainable development movement is a front for taking away private property and educating children to be obedient workers in the developing global economy. It’s just another nail in freedom’s coffin and another piece of the interlocking trade agreement puzzle that we are trying to solve.

These restrictive vitamin and mineral levels are already accepted standards in Germany and being imposed on the European Union as of August 2005. For example, anything above the low amount of 225 mg per tablet of Vitamin C, or 15 mg of Vitamin E, or an incredibly low 5.4 mg of Vitamin B6 will have to be obtained with a doctor’s prescription – after you pay the doctor a fee, the dispensing fee, and the inflated price – of course.

If you pursue the “follow the money” theory of global government you realize that the two interests served with this restrictive vitamin list are the doctors and the drug and vitamin companies that make cheap synthetic vitamins. Banned are high quality, high potency, natural source, innovative nutrients; bankrupted are the dietary supplement companies that make them and the retailers and their staff who sell them; and destined to suffer further nutritional deficiency are you and me and the rest of the world population.

Our nutrients will not disappear tomorrow but take some pictures now of the supplements on the shelf of your health food store. Better still, take pictures of your health food store, because things are going to change. Codex is a joint venture between the United Nation’s World Health Organization and Food and Agriculture Organization (WHO/FAO) but receives considerable input from The World Trade Organization (WTO), which will now have powers to enforce Codex “guidelines” as the world standard for trade in dietary supplements.

Gradually, under HARMonization, pill-by-pill, our access to the dietary supplements we depend upon will disappear. This will happen because a focus on the business of vitamins and not on the healthful benefits of vitamins turns them into just another commodity. Like soap flakes, to be made as cheaply as possible and sold to the highest bidder.

HARMonization also means that small and medium sized businesses and multilevel marketing companies will eventually be forced out of business if they try to sell high quality supplements across borders. This will happen when some other country (European perhaps?) decides that North American products constitute a “barrier” to selling their lower quality products on our soil under the “Technical Barriers to Trade” clauses in WTO, NAFTA, and CAFTA treaties.

When our Friends of Freedom International members spoke with the heads of the U.S. and Canadian Codex delegations, they maintained that vitamins and minerals would not be affected within our countries. But they were both surprised to learn that since Canada forced supplements into a drug category in January 2004 many U.S. companies are having border issues and cannot trade with Canada until they comply with Canada’s new regulations. The same will happen all over the world when the Codex standards for vitamins are implemented and enforced. Unless countries comply with the new guidelines they won’t be able to sell their goods outside their own borders.

The U.S. and Canadian delegation also seems to be under the proverbial gun because they have been constantly out-maneuvered by the European Union, which seems to rule the roost at Codex. It appears, from what we witnessed at Codex, that dietary supplements are the least of their concerns -which is why we must make sure they realize that they are a major concern for us, our health and the health of our loved ones. If we don’t do that, with might as well just Kiss Our Health Goodbye!

Dr. Carolyn Dean is a medical doctor, naturopathic doctor, herbalist, acupuncturist, nutritionist, as well as a powerful health activist fighting for health freedom as president of Friends of Freedom International (Canada). “. Elissa Meininger, is Vice President of Friends of Freedom International and co-founder of the Health Freedom Action Network, a grassroots citizens’ political action group. She is also a health freedom political analyst and can be heard on the natural health radio show SuperHealth, broadcast weekly on station WKY (SuperTalk AM 930) in Oklahoma City.