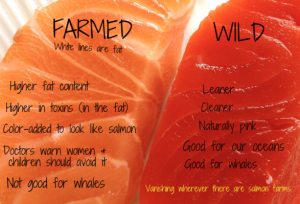 Since last year I have had the pleasure and frustration of being a delegate for the National Health Federation (NHF) at the Codex Alimentarius meetings on Food Hygiene. More specifically, I landed in an Electronic Working Group (eWG) on Fish Products with Histamines.

My first Codex meeting in November 2016 felt incredible when NHF was able to stop a rule requiring chemical biocides on all food postharvest. Throughout the meeting the NHF seemed to align well with Norway, several European Union (EU) countries, and many African countries against the Food and Agriculture Organization (FAO), U.S. Food and Drug Administration (FDA), Canada, Australia, and others on various produce issues. But when it came to the subject of fish and histamines, suddenly Norway and the EU jumped into bed with the FDA.

We were supposed to “wordsmith” a document on fish and histamines in fish, or rather eliminate common terms for different fish species, and eliminate histamine levels and Salmon from the list altogether, claiming no studies in 25 years had shown any histamine levels in Salmon. And there seemed to be a vicious vilification of histamines and wild Mackerel – usually naturally higher in histamines than other fish. This sent up a big red flag for me.

Although fish gone bad with high levels of histamines is not safe to eat, a certain level of histamines is vital for proper cognition and memory functions and histamines are found in many other fresh foods that no one seemed to be concerned with. It became obvious this was a project to steer people away from wild-caught fish and toward farmed Salmon, which would harm global fishermen and global health.

Although several African countries joined with me, my intuition told me that since Putin is a rather health-conscious person, that the Russian delegates would  take issue with this. I walked up to them on a break and, incredibly, they had studies never published outside the Kremlin proving that the FDA, FAO, and Norway were lying about several issues. Salmon does contain histamines, especially farmed Salmon, and most canned fish (except wild Mackerel) does increase in histamines while in the unopened can, especially Salmon.

When the document couldn’t be agreed upon, an eWG was established. After the meeting, I spent weeks studying every aspect of global fisheries, farmed fish practices and their side effects, the dirty secrets of fish feed and fish meal, toxins, sustainable and unsustainable fish practices, as well as had the Russian study translated.

I used all of this information in NHF’s comments to the first Codex eWG draft in March, which when I received the 2nd draft (Guidance for Histamine Control in the COP for Fish and Fishery Products of Histamine eWG 2017) for comments, had all been ignored.

So I just this last week re-asserted our stance that several FAO/FDA claims were false, and that the document must contain all information on fish names, all histamine levels and Salmon must be included in the list for both fisheries and consumers to make educated choices.

Well, suddenly Germany, Japan, and the FDA took note and wanted to see these studies. Our next meeting will be in November 2017 in Chicago. It will be interesting to see the outcome now that the entire membership of Codex has seen this information. NHF will keep you all updated on this fishy Russian collusion.

If you wish to help underwrite expenses to represent your interests as NHF protects food safety, you can donate here. See this link to keep abreast of NHF’s other work at Codex.