Mandatory vaccines in Italy are just the Beginning 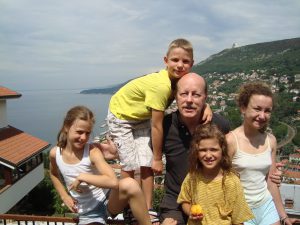 The National Health Federation (NHF) President Scott Tips was one of the speakers at the Trieste event, which was attended by at least 2000 intelligent and well-informed parents and activists. His talk, even though very badly translated into Italian by his interpreter, was well received by the enthusiastic and vocal crowd.

In that speech, Tips attacked the mandatory vaccine law for children, which requires that all schoolchildren receive at least 12 vaccines by the age of six or else they cannot attend government-indoctrination schools (euphemistically called “public” schools). A last-minute amendment to the law reduced the number of mandated vaccines to 10 and the onerous penalty from €7,500 to €500, but it still remains a blatant assault upon health freedom.

That law is No. 73/2017, also called the Lorenzin law after Italian Health Minister Beatrice Lorenzin, who has pushed its passage in order to solve a “crisis” that she claims has arisen because more and more families are opting not to vaccinate their children.

This fake crisis, like virtually all “crises” that governments push on their citizenry whenever the government wants to increase its power and control over the people, has no basis in science or fact.  It is a complete and utter lie. Even the Italian equivalent of the U.S. CDC (the Istituto Superiore Di Sanità) has declared that contrary to what is stated in the decree there is no emergency. In fact, the number of cases of measles this year has been much lower than in the preceding year. There is no “epidemic.”

As NHF President Scott Tips stated at the rally, “This law is a solution in search of a problem.  We must ask, ‘Why are they doing this now?’ If vaccines truly work, then the vaccinated are protected against the unvaccinated. They know that these vaccines, given so early and so many, cause injuries to our children. They know this. But why the silence? Because they get money from the drug companies.  They work for the drug companies and not for us!”

Scott was interviewed before the rally several times, speaking into the sun and above the noise to defend the children of Italy. Tips continues, “The Lorenzin law violates at least 7-8 international laws as well as four articles in the Italian Constitution, and the basic right to Informed Consent! It is illegal, unconstitutional, and immoral. It must and will be challenged in international court, and even perhaps through individual legal proceedings against those government officials who enforce this law. They have individual liability, each and every one of them.”

NHF-Sweden’s Executive Director Sara Boo, who raised the alarm outside of Italy, has been equally firm, stating that if this law continues, then we will see that Italy will be prosecuted for violating the laws of the European Union because it is “massively violating the laws within the European Union.” NHF’s Swedish branch has launched a legal-action petition for Italians only.

NHF-Italy Director Lara Guglielmi strongly opposes the Lorenzin law and, along with many others, has been actively fighting against it. NHF-Italy will accept nothing less than international legal action. It is the answer against a rogue governmental action that, in a power-grab against the Italian people it presumes to protect, proposes a fake solution to a problem that does not exist!   One must go outside the system in order to restrain it and that is exactly what NHF will do.

NHF thinks that the ultimate solution will be a two-pronged approach with an international lawsuit against the Italian government as well as domestic legal and equitable actions to crush this immoral law. Remember, this law will not increase the health of Italians even one iota but will instead result in many more vaccine-injured children while costing the Italian taxpayers many millions of euros more now and in care for vaccine-injured children.  The only winners in this war against your children will be the pharmaceutical companies that manufacture these toxic vaccines, as they will rake in many millions if not billions of euros and politicians turned Big-Pharma employees, cashing in at your family’s expense financially, physically, and emotionally.

This must and will be stopped.  The Italian president may have signed the Lorenzin bill into law, but his is by no means the final word. The NHF protects and defends the sovereignty of the human being, protecting human rights against these gross violations, to ensure health and health freedom for the people.

For those sick and tired of seeing increasing numbers of vaccine-injured children each and every year, SIGN UP HERE to help defend them as we proceed with international action against the Italian government.