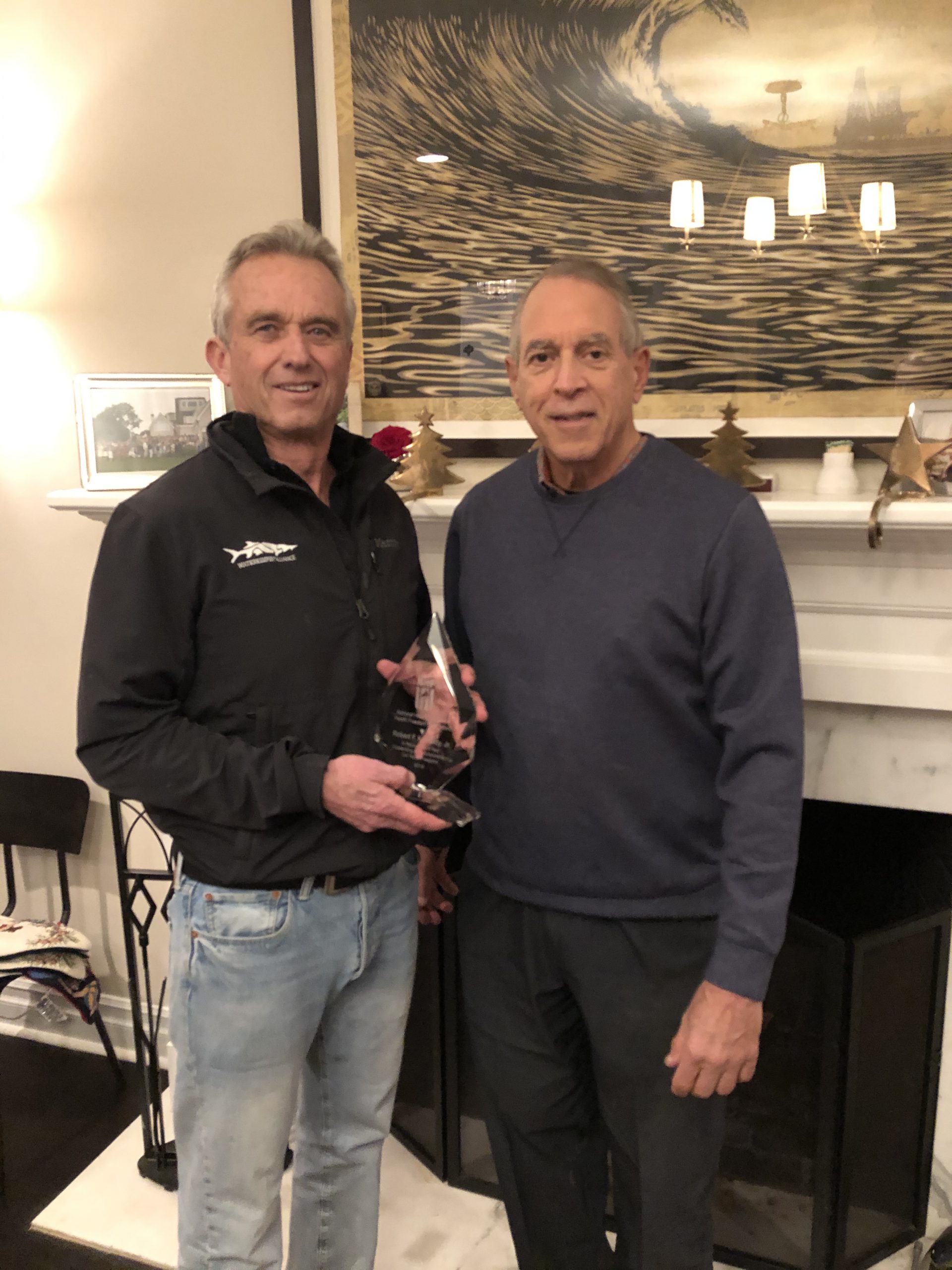 The National Health Federation Board of Governors unanimously voted Robert F. Kennedy, Jr. as the 2019 recipient of its prestigious “National Health Federation Health Freedom Hero Award.” For Kennedy’s continuing and tireless work in health and health freedom, it is well-deserved. Recently, at a private ceremony, NHF Policy Advisor Bill Sardi presented the award to Kennedy, who joins other notables listed on the NHF website (https://thenhf.com/join-us/health-freedom-heroes/) who are also dedicated to preserving and protecting health and the right to choose.

For over three decades, Robert F. Kennedy, Jr. has been one of the World’s leading environmental advocates. He is the founder and president of Waterkeeper Alliance, the umbrella group for 300 local waterkeeper organizations, in 34 countries, that track down and sue water polluters. Under his leadership, Waterkeeper has grown to become the World’s largest clean-water advocacy organization.

In 2005, parents of vaccine-injured children began encountering Kennedy’s speeches and writings about the toxic mercury-based preservative thimerosal. Because Kennedy is known for his fierce and relentless brand of environmental activism and his advocacy for transparent government and rigorous science, they embraced new hope that this environmental champion would take up a new focus, expose the truth about vaccine injury, and win justice for injured children. And did he ever!

For the last several years, Mr. Kennedy has been applying his tenacious energies and sophisticated strategies to exposing the fraud and corruption within the Centers for Disease Control and Prevention as well as the pharmaceutical industry. In connection with many other organizations including the National Health Federation, his new non-profit, the Children’s Health Defense, is actively fighting vaccine mandates and defending medical, religious, and philosophical exemptions.