While Wall Street awaits the entry of over 1,813 new cancer drugs into human clinical trials representing billions of dollars of investment capital, the announcement of a bona fide cure for cancer comes from an outsider – patient Joe Tippens.

An astounding report of Mr. Tippens’ cancer cure is circulating the internet now.  First diagnosed with small cell lung cancer in 2016 and with tumors popping up on scans in virtually every organ in his body, in desperation Joe Tippens began using a dog de-worming agent at the suggestion of a veterinarian.

He was told this cancer cure “was batting 1,000 in killing different cancers.”  He heard one of the scientists involved in the research was cured.  He had no time to dither.  He was weeks away from dying.

Treatment began in the third week of January 2017.  Three months later at MD Anderson Cancer Hospital in Houston, Tippens anxiously awaited the report of his oncologist who had no idea Tippens started taking the dog deworming medication.

The doctor is reported to have walked up to Mr. Tippens and said: “I am going to have to ask you to leave this hospital, because we only treat patients with cancer here at MD Anderson.” Within just 3 months his cancer vanished. 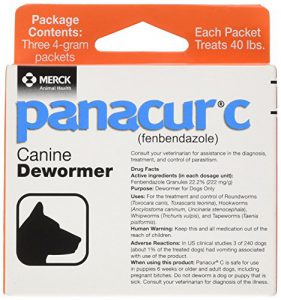 His insurance company spent $1.2 million before Tippens switched to a $5 a week medicine that saved his life.  Daily vitamins and CBD oil were also an essential part of his curative regimen.  Here’s the video report.

Don’t think Big Pharma isn’t involved here.  Merck Animal Health division makes the de-worming drug that has gone up in price since the report of Tippens’ cure spread in the news media.

Joe Tippens now reports at his own “My Cancer Story Rocks” blog site that is bustling with visitors.

He now says around 40 otherwise hopeless cancer patients have reported similar cures. He continues to take the anti-worming medication and dietary supplements as prevention.

His dietary supplement regimen that he still adheres to is as follows:

The history of this cure

The anti-tumor therapy involves an anti-worming agent used for horses and dogs. It has been deemed to be safe by the Food & Drug Administration.  Published studies involving this canine drug, fenbendazole, date back a couple of decades.  There has been a lot of foot dragging over fenbendazole since it was unexpectedly reported to exhibit potent anti-cancer properties when combined with a vitamin regimen in laboratory animals in a study published in 2008.

Researchers reported that fenbendazole alone or vitamins alone did not alter the size or growth of implanted tumors in laboratory mice.  But their combination produced a striking increase in activity of one type of white blood cell, neutrophils, resulting in a no-growth effect.  There also was strong inhibition of a protein (hypoxia inducing factor) that induces hypoxia (absence of oxygen) which forces cancer cells to utilize sugar for energy rather than oxygen.

In the laboratory this drug/vitamin combo overcame treatment resistance as well.

Researchers were initially investigating fenbendazole because it was interfering with anti-tumor studies with other drugs.

Given that pinworms are a common problem in laboratories where mice are employed in pre-clinical testing of anti-cancer drugs, use of fenbendazole to clear these animals of parasites is standard practice.

To prevent animal infection during the testing period the chow fed to these lab animals is sterilized and then vitamins and minerals (vitamin A, D, E, K and B) are added back to eliminate variance in nutrient intake.  But the chow for these lab animals in question was not sterilized and therefore more nutrients were delivered to these animals than normal.

In 2011 researchers investigated fenbendazole for its ability to treat a nasty form of brain cancer (glioblastoma multiforme).  Five-year survival with this form of brain cancer is only 10%. Over 600 clinical trials for this form of cancer have been unsuccessful in finding a cure.  These researchers found the addition of an anti-worming (pinworm) agent (fenbendazole) halted the growth of brain tumors whereas among animals that were not de-wormed, there was consistent tumor growth.  The researchers noted the long track record of safety for fenbendazole as well as its low cost and availability.

Contrarily, in 2013 researchers reported they found no evidence that fenbendazole has value in cancer therapy and did not warrant further testing.

Then in 2018 researchers in India reported fenbendazole exerts cancer cell killing activity at very low concentrations and does so partially by its inherent ability to inhibit the uptake of sugar (glucose) into fast-growing tumor cells.  Cancer cells develop an inordinate demand for sugar to feed their growth, switching from oxygen to sugar as a source of energy.  Fenbendazole did this by inhibition of an enzyme called hexokinase.

Fenbendazole’s ability to preferentially kill should be off malignant cells without harming healthy cells is another of its proposed properties.

The last thing the cancer industry needs is a cure

The last thing the cancer industry needs is a cure.  In fact, it can’t afford a cure.

Financial analysts admit “a cancer cure is not a sustainable business model.”

Around 40 out of 100 Americans will develop cancer over their lifetime.  The cancer industry plans on this.

The cancer industry relies upon treatment rather than prevention to generate its profits and support its $172 billion worldwide army of researchers, technicians, pharmacologists, oncologists and support staff.  That figure doesn’t include $150 billion for anti-cancer drugs.

University-based researchers estimate a 1% reduction in cancer mortality has a value of $500 billion and a cure for cancer would be worth ~$50 trillion.  There are an estimated 1,813 anti-cancer drugs under development.  A cancer cure would dash any hopes of profit for investors in these cancer R&D ventures.  Nor would a cancer cure be welcome politically as it would vanquish hundreds of thousands of jobs.

Cancer treatment is widely available.  However, if cancer patients are going to find a cure, they will have to go outside the confines of cancer treatment centers.  Cancer centers are glorified insurance billers.

Cancer patients are left to search for cures on their own.  Their quest to find a cure usually begins only after rounds of chemotherapy, radiation and surgery have been exhausted and cancer treatment resistance predictably sets in.

I’ve said in the past, what is needed is an accessible inexpensive cure for cancer that doesn’t require doctoring and therefore can step around the gatekeepers who cling to the status quo.

The lost jobs would be enough to bury a cancer cure under the rug.  Cancer considered a growth market.  Stocks in cancer drug companies make sales projections based upon incidence rates, which are largely age-based.  Despite evidence and widespread fears that chemicals in the environment cause cancer, for the most part cancer is a malady of aging (~87% of cases occur adults over age 50).

Massive screening efforts are made to generate earnings to pay for construction and technologies that must be amortized over time.  In the cancer drug arena, incremental improvements in survival are small but are rewarded handsomely.

More than 15.5 million Americans with a history of cancer were alive in 2016.  Efforts to prevent recurrence are non-existent.  Treated patients abandon cigarette smoking, eat healthier foods.  There isn’t much more they are instructed to do.

A report by the American Cancer Society estimates at least 42% of newly diagnosed cancers in the US are preventable, about 729,000 cases.

Cancer screenings are conducted only to generate more patients to treat.  Around 1.7 million new cases of cancer were expected to be diagnosed in 2018.

The American Cancer Society says survival rates have increased from ~49% to ~69% from 1975-77 to 2007-13.  However, this is explained by earlier detection and treatment that produce only statistical increases in survival as cancer patients succumb to cancer on the same calendar day regardless of what stage the cancer was treated.

Laws that forbid smoking in public places have done more to reduce lung cancer rates than any labeling on cigarette packages. 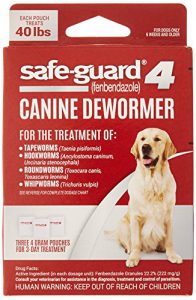 Virtually nothing is done to boost the immune system which declines with advancing age, though nutrition (vitamins C, D, trace minerals zinc, selenium, would predictably ward off cancer, particularly zinc in maintaining thymus gland generated T-cells that produce antibodies against pathogens and malignancies.

John Bailer, an authority on the cancer industry, has stated: “the national cancer program must be judged a qualified failure.  Our whole cancer research in the past 20 years has been a total failure.”

The cancer care industry fails to say, there is no cure for cancer.  In 1997 a leading cancer physician said “we no longer wonder if we we will find a cure for cancer but when.” Two decades later advances in cancer treatment towards a cure are yet to be announced.

Cancer patients for whom treatment has failed are left to opt for apricot seeds in their desperate quest to survive.  The elusive cure for cancer is attributed to it being many diseases in one.

An Israeli-based cancer therapy company made a recent claim it would announce a cure for cancer within a year.  Sadly, that statement was scrutinized and found to be misleading.

One grim report concedes “cancer is often treatable, but will probably never be cured.”  Tell that to Joe Tippens.

Bill Sardi [send him mail] is a frequent writer on health and political topics. His health writings can be found at www.knowledgeofhealth.com, billsardiblog.com and resveratrolnews.com.