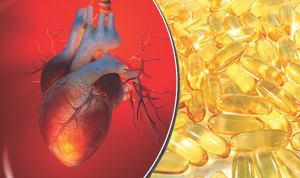 With clot-busting aspirin tablets having fallen from grace, heart researchers are now having second thoughts about stents that prop open narrowed or blocked coronary arteries.

For inexplicable reasons, the FDA approves medical devices like stents before they are fully vetted.

With the coronary artery stent business predicted to reach the $8 billion/year mark by 2025, Wall Street maybe ought not to count future profits too fast as a newly published study may have just foiled the marketing plans for these wire props that are placed within coronary arteries where blockages, narrowing or clots occur.

A landmark study conducted by New York University researchers found coronary artery stents may reduce angina chest pain but does not do so any better than blood thinners nor do stents reduce the risk for heart attack or premature death.

Don’t expect the coronary stent industry to fold up shop just yet.  About 1.8 million Americans have a stent implanted per year.  But volume doesn’t imply safety or effectiveness.  The latest data reveals stent recipients are more likely to suffer a heart problem or die in the year following stent placement!

An estimated 17 million American adults have clogged arteries.  Aspirin tablets, the mainstay medicine to prevent or break up developing clots in coronary arteries, have now been abandoned over realization aspirin induces more side effects than disease it is purported to prevent.

A dozen years ago a large study found that angioplasty (inflation of a balloon on a catheter to break up a clot) was no better than medicines for preventing heart attacks and deaths in non-emergency heart patients.  But cardiologists balked at the results and argued over the design of the study.  Cardiologists want to practice medicine on their terms.

In this most recent study, among those who had weekly or daily pain when they entered the study, half in the stent-or-bypass group were free of it within a year versus 20% of those on medicines alone.

What goes ignored is nitroglycerin. There were ~4 million prescriptions for nitroglycerin issued in 2009 with ~9 million Americans living with angina chest pain in that same year.  It is obvious, cardiologists are forgoing nitro for stents.

In 2017 nitroglycerin tablets were shown to eliminate the need for these intra-arterial wire props when given prior to angioplasty or stenting procedures.  Investigators say stenting overlooks coronary artery spasm as a cause of chest pain rather than narrowed blood vessels or clots.  But that study obviously had little impact on stent-happy cardiologists.

There are about 10 million American adults who suffer with transient but intense chest pain that is called angina.  There are another 500,000 cases diagnosed annually.  Angina severely affects the quality of life and is predictive of premature cardiac death.

In 2015 a news headline read: “Patients with heart stents have similar increased risk of death from bleeding and heart attacks.” But Cardiologists never skipped a beat, as they say.  They went on implanting stents.  Science doesn’t predicate what cardiologists do.  Insurance reimbursement does.  Caveat emptor.

Modern medicine is dragging its feet over finding less costly and problematic alternatives to stenting.  Though it’s difficult to beat nitroglycerin tablets @10-cents a tablet.

A study that employs nitrate-rich beetroot juice has been in the works since 2016 but is not scheduled to be completed till April of 2021.

Resveratrol, a molecule provided in red wine, plus borate, a trace mineral, has been shown to improve the quality of life of angina patients.

Garlic, more so allicin the pungent molecule produced from a fresh-crushed garlic clove, activates nitric oxide gas and dilates (widens) blood vessels in a similar fashion to nitroglycerin.  A head-to-head comparison of allicin versus nitroglycerin is nowhere to be found.

A word of caution.  If taking nitro tablets, they should not be taken with Viagra or other male erectile pills.  Nor should alcohol be consumed at the same time as Nitrostat, the FDA approved version of nitroglycerin.  Nitro tablets can induce side effects such as headache, vertigo, dizziness, heart palpitations, nausea and vomiting, sweating, fainting or flushing.

Expect some “denier” cardiologists to contest this latest study showing stents to be less than advertised.  They do relieve pain, but maybe don’t save lives.

The in-stent restenosis rate (arterial narrowing within the stent) occurs more frequently than desired (said to be up to 10%).  But a published analysis in 2016 found 30.1% failure rate for bare metal stents and 12.2% for second-generation stents.  That is chilling.

Expect the FDA to require patient and doctor information and labeling to be changed.  But a troubling number of patients are obviously dying due to re-stenosis (arterial narrowing within the stent).

The best heart protection without stents

For ethical reasons this phenomenon can’t be studied in humans.  Laboratory mice are used.  The most recent review of studies that utilized resveratrol conclusively showed it reduces the size of a heart attack (size of scarred area or dead heart muscle cells), even when administered after a heart attack.

In the most demonstrable experiment, resveratrol when combined with vitamin D reduced the size of an experimentally induced heart attack in a laboratory mouse from 41.3% to 17.6%, which under real life conditions would save the animal’s life.

A particular dosage range of resveratrol achieves optimal protection or rescue of damaged heart muscle cells, overdoses can increase the damage to the heart.  Only one commercial brand of resveratrol has undergone such testing and exhibited no toxicity even at doses that would normally “kill” the rodent heart.
© 2019 Bill Sardi