If it Isn’t in Your Cup, it Should Be 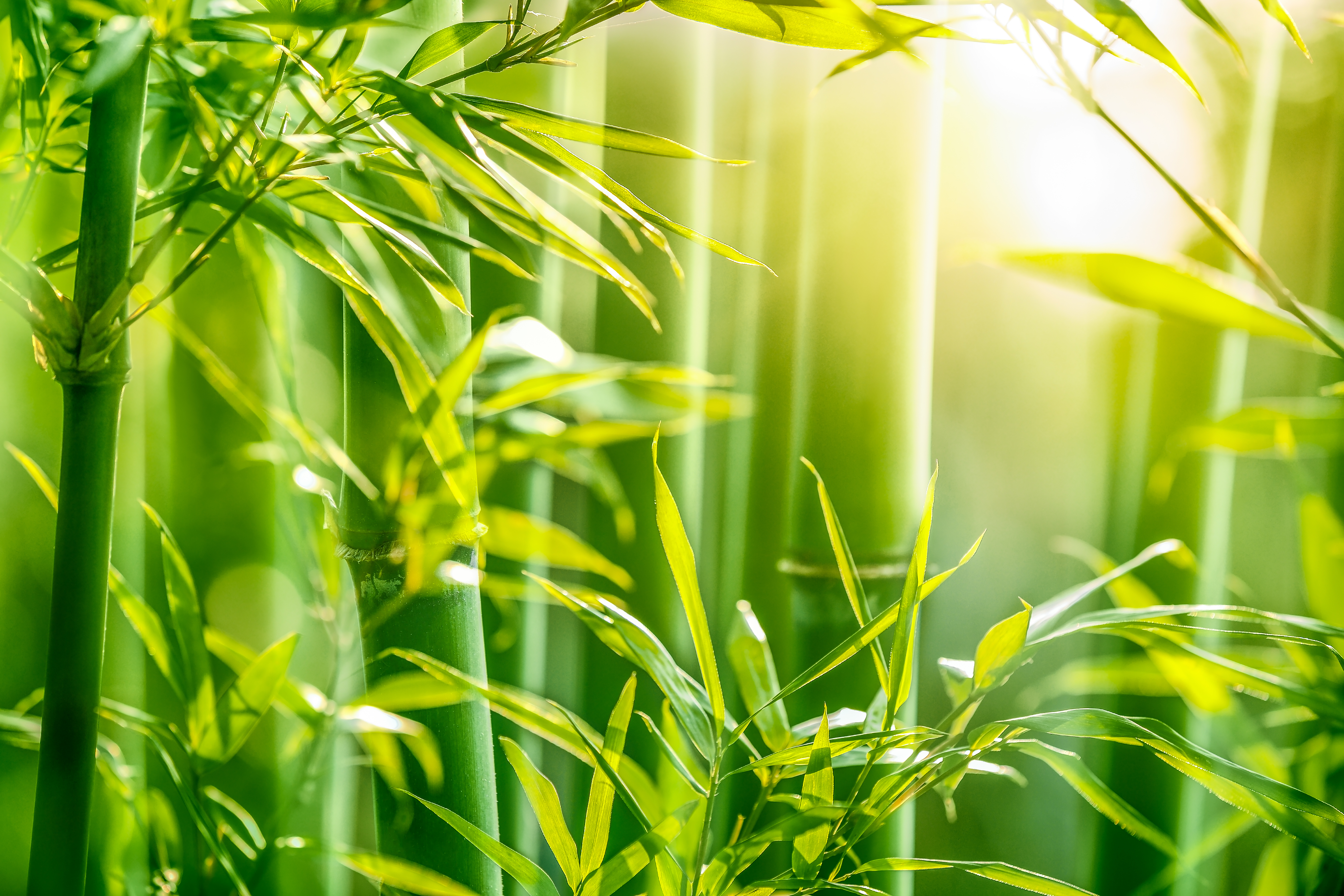 Considered an invasive species by some, a Panda’s favorite treat, “the King of Vegetables” with significant, multi-faceted health and practical-use benefits, bamboo needn’t bamboozle or perplex you. Prolifically abundant, it serves us on so many levels. From supporting hair, nails, and building collagen, to rejuvenating skin and joints, to framing houses, creating furniture, and far more, bamboo has proven itself as a sustainable product and supreme provider.

GreenMedInfo.com cites 42 diseases and 29 pharmacological actions where bamboo exerts its powerful influence from cardiovascular to neurodegenerative diseases such as Alzheimer’s disease, cognitive decline/dysfunction, dementia, brain damage and ischemia, to inflammation.[1] But bamboo doesn’t stop there, from various types of cancers and chemotherapy-induced toxicity to diabetes and its complications, blood sugar, lipid, and immune system regulation, HIV and Cytomegalovirus infections, bamboo is a proven healer. Add more basic actions of bamboo on asthma, atopic dermatitis, anxiety and depression, and it makes me wonder why this isn’t in everyone’s cup? Toss it in along with whatever else you’re steeping for some real health insurance.

Recorded as being consumed by the Chinese during the Ming Dynasty (AD 1368-1644) and found in a note from the Tang Dynasty (AD 618-907), bamboo is literally one of the most useful plants on the Planet. The tallest member of the grass family, bamboo is from the Bambusoideae subfamily. Taxonomically, there are 1,641 bamboo species, 120 genera, and 3 tribes from this subfamily.

Bamboo is characterized by its strong but flexible upright flight to the sky. It can reach astounding heights, growing several feet per day. One chart shows a single cane growing to 25 feet in 25 days! Bamboo spreads vigorously, taking territory vertically as well as horizontally. The weight of a heavy, wet snow merely displays its incredible flexibility as it bends nearly flat only to spring up tall again once the snow melts. These great properties lend themselves well to the creation of health and raw materials from nutraceuticals to flooring, plywood, and even bedding. More uses emerge all the time from this “green” gift. Trendy bamboo has allowed America to surpass China and Japan in having the greatest number of bamboos. My Philippine friend tells me the soil around the bamboo is the best for potting soil.

Why drink plain water when you can potentiate it with an herbal pharmacy in a cup? Bamboo leaves make an herbal decoction that tastes great – like an earthy green tea – and can easily become your daily health-habit ritual either taken alone or mixed with other herbal teas such as jasmine and mint in creative, exotic blends. Use the usual ratio of one teaspoon of dried leaves to a cup of pure water, steeping it for 5-10 minutes. If you have a structured water filter, it will pull the nutrition out without you even having to heat the water. The addition of monk fruit, stevia, raw honey, or lemon enhances the flavor of this delicate tea. However, because some bamboo has been found on DNA testing to be adulterated, pregnant women are advised to avoid it as consumption could induce abortion. Fertile and pregnant women should therefore consult a healthcare provider prior to including bamboo in their diet.

Young shoots of bamboo, harvested the first two weeks after their appearance and under a foot tall, boiled to just crisp-tender, are a staple in Asian countries such as the Philippines, India, Nepal, Japan, Indonesia, Thailand, Korea, and of course, China. Highly versatile, bamboo shoots take on other flavors. Canned or fresh, they are easily available at Asian markets. As a vegetable side dish flavored with seasonings, butter, or ghee, or used in a stir fry with other proteins or vegetables and sauce, or added to soups and salads, bamboo shoots are an invaluable health-addition. In Indonesia and the Philippines, bamboo shoots are made into a type of spring roll called Lumpia. Bamboo-shoot recipes abound on internet sites for both vegan and meat-based versions.

On my own land, a few gallon pots of bamboo planted several years ago have now morphed into a veritable forest both in height and in terrain covered. For this reason, many gardeners contain bamboo plants in a concrete trench or other boundary. Because of its high glass-like silica content, cutting bamboo cane isn’t easy but anyone can easily harvest its leaves. While my fresh, organic leaves harvested this morning[2] are dehydrating to use in tea (purchasing it is approximately $6.55 per ounce!), I will tell you more exactly why bamboo leaves and shoots are truly the King of Vegetables.

Last year I was excited about horsetail, which we can wildcraft here, wanting the strong fingernails and beautiful hair that natural silicon imparts. But when I found out that bamboo leaf tea has ten times the silica that horsetail extract has, deciding to jumpstart the process was logical. Horsetail averages 5-8% organic silica. Bamboo leaf contains an amazing 70% organic silica!

Amazingly, this innocuous, ancient plant is a powerhouse of amino acids, fatty acids, vitamins, minerals, chlorophyll, soluble fiber, and carbohydrates. Medicinally, bamboo is cooling and calming. In addition to uses listed above is it also good for digestion, obesity, lung, chest, stomach, heart, and urinary dysfunction. It is detoxifying, quelling inflammation. Bamboo leaves and shoots are important for male fertility, influencing thyroid hormones, balancing blood sugar levels and they are a powerful antioxidant reducing cellular damage. Bamboo is good for bone and dental health and promotes general overall wellness. It is antibacterial and helps in asthma cases too.

Lignins are a complex organic polymer deposited in the cell walls of many plants such as bamboo making them rigid and woody. Lig-8, a lignophenol derivative from bamboo lignin, is a highly potent neuroprotectant protecting against apoptosis (self-induced cell death). One protective mechanism provided by bamboo lignins impacts retinal ganglion cells. With glaucoma diagnosis rising, this 2007 study is of particular interest when it states that, “Apoptotic cell death is associated with neurodegenerative disorders such as Alzheimer, Parkinson, or Huntington disease as well as glaucoma. We believe that the elucidation of the mechanism of antiapoptotic action of lig-8 may help in finding new approaches to the treatment of neurodegenerative disorders.” [3]

As we appreciate the multifaceted abilities of bamboo in its many forms, including bamboo vinegar (which is made from bamboo charcoal and used in detox foot pads), you will hopefully find several ways to include bamboo leaves and shoots in your diet to support and balance the body, mind, and spirit. As with any natural substance, add the factor of time, typically a few months, in order to register benefits. Meantime, this ritual will restore health on the cellular level and with a great deal of pleasure in the process. From harvest to cup, processing the bamboo-leaf by dehydration doesn’t take long at all. Here’s to inexpensive, sustainable health in a cup!