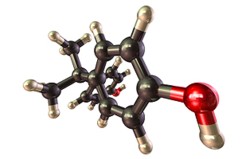 Levels of bisphenol A detected in human urine dropped by 66 per cent in just three days after subjects eliminated their exposure to canned and plastic packaging, new research has found.

The study, which appeared this week in the journal Environmental Health Perspectives, concluded that such packaging is the major source of human exposure to BPA and other endocrine disrupting chemicals (EDCs) such as DEHP (bis(2-ethylhexyl) phthalate).