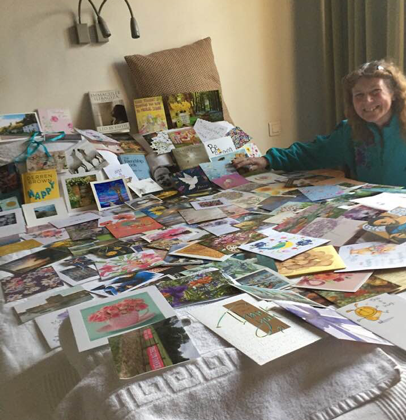 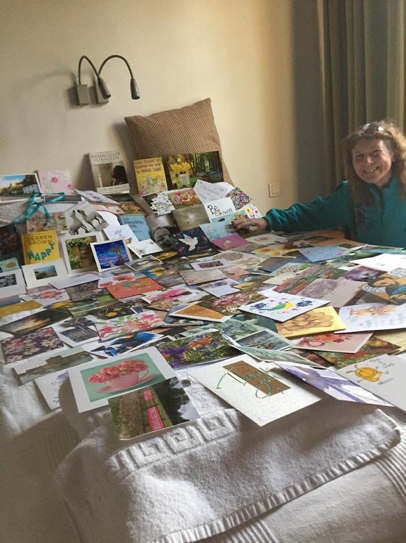 Lyn Thyer with her 400 cards of support

The European Union Court of Justice (EUCJ) – which is based in Luxembourg and is either the highest or one of the two highest (depending upon one’s point of view) legal authorities – made its ruling yesterday morning and evidently decided that French prosecutors can, after all, issue European Arrest Warrants (EAWs). Why was this important to us?

Because this was an issue in the Lynda Thyer and David Noakes cases where their so-called EAWs had been issued and signed not by an independent judge but by a prosecutorial judge. The European Court of Human Rights (ECHR) based in Strasbourg, France has repeatedly ruled that such arrest warrants are illegal and invalid. Yet, tone deaf to the ECHR, the EU Court of Justice has ignored such precedent and all obvious legal morality in deciding that such warrants were indeed valid.

This means that now both David and Lyn will have to defend on the facts — which are still hugely in their favor — instead of being able to get the case thrown out on a legal technicality, which would have been quicker and easier, and less expensive to our NHF Legal Team, led in court by the formidable lawyer Chloé Arnoux.

For those of you readers new to this situation, David Noakes and Lynda (Lyn) Thyer were investigated – and David was prosecuted – in Great Britain for having cured people of cancer with GcMAF, a glyco-protein macrophage activating factor that is naturally produced in every healthy human. And unlike conventional medicine’s miserable “cure” rates in the single digits, GcMAF injections were racking up success rates of 75-100% – at 1% of the cost of conventional treatments!

Well, this type of competition with the $200 billion-a-year conventional cancer treatment industry could not be allowed to continue, so the corporate bigwigs let slip the leashes on their attack dogs, such as the UK Medicines and Healthcare products Regulatory Agency (MHRA) and its French counterpart, to take these interlopers down. David was forced by the unjust British legal system to do time in prison there, while Lyn was never charged there. She was, however, kidnapped from England and spirited away to France last Summer and thrown in a Parisian prison. NHF’s legal team obtained her release just last Sunday (Dec. 8th) after an amazing, Oscar-award-worthy courtroom argument made by Chloé Arnoux.

Maître Arnoux has made a motion before the court today to keep Lyn Thyer out of prison. At the same time, Lyn appeared this morning before Judge Jean-Luc Gedaud for further interrogation. Doubtless, he was heartened by this new ruling; but he had to cancel today’s interrogation because the Parisian translator could not make it through the city-wide strikes even though Lyn, a stranger to Paris, was able to do so and even arrived early. 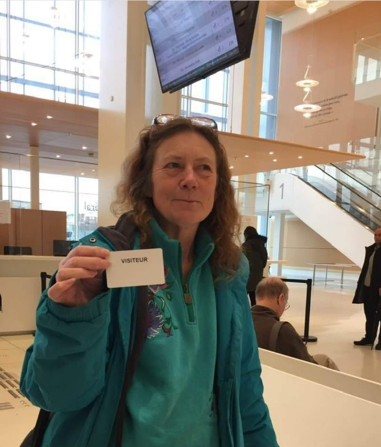 Meanwhile, back in England, David Noakes had a near miss on Wednesday when the Border Force Police tried to corner him and enforce a blatantly illegal extradition order that would have put David on a boat, train, or plane to France this week. In an unintended humorous reenactment of the Sandford police in the 2007 film Hot Fuzz, the police officers missed David, clutching thin air instead. Sadly, the authorities are still refusing to await a decision of the Supreme Court on his illegal extradition order, which disregards the longstanding principle of no double jeopardy. 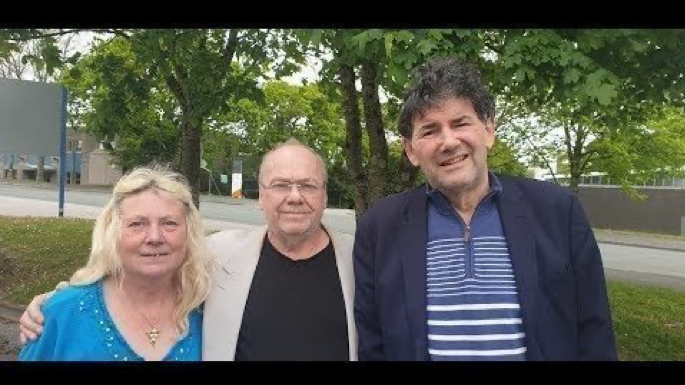 When asked about his case, David Noakes said, “The High Court unilaterally refused to allow me to appeal against Westminster Magistrates Court extradition on Monday. There are at least seven reasons why I cannot possibly be extradited, but the senior freemason in the building illegally wrote the verdict, breaking the law with impunity, and handed it down to the Judge to read out. Wednesday, the police were bashing on my front door saying ‘Police, Extradition.’ As the High Court has refused to allow my appeal, I have to be given 28 days to appeal to the Supreme Court. But clearly the court told the police to disobey the law. All 27 of the staff of Immune Biotech Ltd fear the knock at the door, after 14 police raids, 33 persecutions, 20 court cases, four prison sentences, and multiple cases of police putting us into prison vans with tiny cells inside. Barrister John Smith submitted my appeal to the Supreme Court on Wednesday, 28 days early, and we will be asking the court to call off their police dogs.”

More on the EU-Court-of-Justice Decision

In the opinion of several knowledgeable legal commentators, the December 12th ruling by the EU Court of Justice really has no effect on the 2008 and 2010 rulings (Affaire Medvedyev Et Autres vs. France, Requête No. 3394/03) made by the European Court of Human Rights, as both the EUCJ and the EU must abide by the Lisbon and Nice Treaties that hold at their constitutional core the European Convention of Human Rights” to which all EU member states must abide. The legal precedent, which clearly stated that the French public prosecutor was not a judicial authority and therefore not entitled to issue any such arrest warrants, was lawfully decided by the European Court of Human Rights and is a mandatory ruling for the EUCJ. Therefore, yesterday’s EUCJ decision is not only illegal and unconstitutional but violates the very treaties upon which the EU has been constructed. To these commentators, the first French judge’s ruling in the Thyer case absolutely still stands.

It appears now to be a battle between the universal human rights espoused by the European Court of Human Rights, on the one hand, and the unbridled corporatism espoused through the European Court of Justice. Put another more legalistic way, it is now a battle to see which legal precedents rule over which and which of the two courts will have the final say. The fight over the legal validity of the undemocratic prosecutorial arrest warrants is by no means over. And it will be interesting to see how the French Court of Appeals in Paris rules on this matter on Monday afternoon, December 16th.

Our fight for justice and health continues. And NHF thanks ALL OF YOU for your continued financial and moral support!  Believe me, we still need it. Please help Lyn and David.