Breathe Easier with Raspberry and N-Acetylcysteine 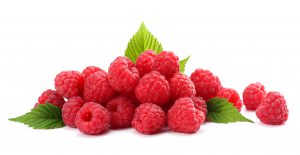 Receiving a diagnosis of chronic obstructive pulmonary disease (COPD) is frightening and disheartening. Currently there is no cure but there are natural options available in a treatment plan alone or alongside medication or for prevention of COPD. Characterized by ongoing breathing problems, restricted airflow, and productive coughs, COPD usually grows progressively worse leading to long-term disability and early death.

Rising air pollution rates globally are a big concern. It is not only wise but vital to be proactive in protection of the lungs instead of waiting for COPD symptoms. Both indoor and outdoor air pollution have strong correlations to COPD.[1] Smoking exacerbates the disease by generating oxidant radicals capable of modifying the structure of the respiratory tract and increasing lung inflammation in COPD. The 1960s saw the tobacco industry increase the smoking market by targeting women. The vulnerability of women, with smaller lungs and estrogen potentially playing a part in worsening lung disease, along with diagnosis that are often simply missed, means women die from COPD more often than men.

COPD is also often diagnosed too late, when the disease has become advanced. Early warning signs such as shortness of breath can easily be written off as “just a part of aging.” But in fact, COPD is the third leading cause of death by disease in the U.S., over 11 million people have been diagnosed and more have the disease without realizing it.[2]

Levels of inflammatory cytokines are raised in COPD. Oxidants play a strong role in the development of COPD. To counter oxidative stress, a diet rich in antioxidant vitamins such as N-acetylcysteine (NAC) has great potential and may protect against the development of COPD.[3] High-dose oral NAC is also used alongside COPD medication as an additional therapy for COPD patients.[4]

The antimicrobial and anti-bacterial activity of fruits[5] such as raspberry is well documented in research and compounds in raspberries significantly alter cytokine and antioxidant production. Corynebacterium diphtheriae and Moraxella catarrhalis proved to be the most sensitive to raspberry extracts. Pneumonia, lower respiratory infections, and ear infections are also helped by the pharmacological actions of raspberries.

These are two simple additions, NAC and raspberries, that can be made to our diet and nutritional supplementation program that can literally save your life.

[2] How Serious Is COPD, The American Lung Association, See: https://www.lung.org/lung-health-and-diseases/lung-disease-lookup/copd/learn-about-copd/how-serious-is-copd.html