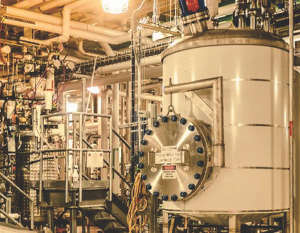 The international food conglomerate Cargill is ramping up commercial-scale production of its genetically engineered sweetener, EverSweet, in a new $50 million production facility that began operating this week in Blair, Nebraska. The plant will “be producing enough EverSweet to sweeten many millions of bottles/cans of soft drinks or servings of yogurt each month,” according to a Cargill spokesman.

Cargill is marketing its new stevia substitute as “non-artificial.” What does that mean? Consumers who click on the link provided in the press release will not get a straight answer. The web page twists itself in knots trying to describe the new process, which involves genetically engineering yeast to convert sugar molecules into a substance that mimics the taste of stevia, as a “centuries old technique” — without once mentioning genetic engineering or the genetic modified organisms (GMOs) used to make the product.

Cargill told the Star Tribune it does not market EverSweet as “natural” – so “non-artificial” it is.  The subterfuge doesn’t end there.

Cargill, which former Congressman Henry Waxman’s environmental group named the “worst company in the world” in 2019 for (among other things) its “repeated insistence on standing in the way of global progress on sustainability,” markets EverSweet as “sustainably” produced. That claim, as we reported in 2017 Huffington Post article, was cooked up by PR strategists tasked with figuring out how to make vat-produced ingredients sound palatable to consumers who are demanding fresh, natural foods with clear, simple labels.

Corporations and investors with their sights set on moving stevia — and other high-value plant-based flavors and fragrances — off the farms and into the labs met in a 2014 strategy session to discuss how to sell this concept to consumers. PR strategists at the meeting recommended avoiding terms like “synthetic biology” and “genetic engineering” (too scary, too much backlash), and suggested going with more vague descriptions such as “fermentation derived” and “nature identical.”  They recommended focusing reporters on stories of hope and promise, and making food activi
sts “feel like we are we are all marching under the same banner” for food sustainability, transparency and food sovereignty.

Companies and consumers who truly do care about those concepts would do well to look behind the hype. In Cargill’s frame, Eversweet is “sustainable” because it moves production off the land. But it really doesn’t; the company’s new $50 million “fermentation facility,” situated in the heart of GMO Roundup Ready corn country, will depend on those pesticide-sprayed crops – or some other sugar source grown on the land – to feed the yeast in its vats to make EverSweet. Its press release uses the buzzwords of sustainability but provides no details to back up the claims. We reached out to the company to ask for more details; no response yet but we will add any comments we receive.

Meanwhile, farmers in countries like Paraguay have been sustainably farming stevia for generations, and they make a good living cultivating the crop, reports the ETC Group. The World Economic Forum noted in a survey of leading global risks that “the invention of cheap, synthetic alternatives to high-value agricultural exports … could suddenly destabilize vulnerable economies by removing a source of income on which farmers rely.” Moreover, poor farmers have been actively encouraged to invest in stevia, because its cultivation can help preserve fragile and unique ecosystems.

As for Cargill, it is the largest privately held company in the U.S., bigger even than the notorious Koch Industries, and its  footprint extends around the world, notes former congressman Waxman, chairman of the Mighty Earth campaign, in their July report naming Cargill the Worst Company in the World. “We recognize this is an audacious claim. There are, alas, many companies that could vie for this dubious honor. But this report provides extensive and compelling evidence to back it up … In my 40-year long career in Congress, I took on a range of companies that engaged in abusive practices. I have seen firsthand the harmful impact of businesses that do not bring their ethics with them to work. But Cargill stands out.”