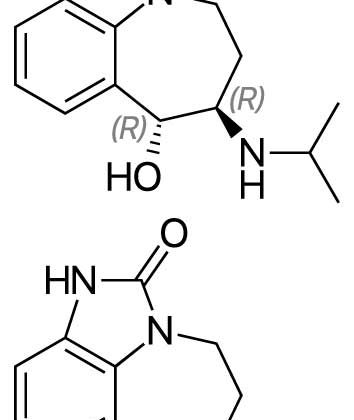 Comments of NHF on Zilpaterol Hydrochloride

The National Health Federation (NHF), a non-profit consumer organization, respectfully submits the following comments on the draft MRLs for Zilpaterol hydrochloride for consideration at CAC45:

The reason that there is significant sustained opposition to a Zilpaterol MRL is because growth promoters like Zilpaterol do not belong in animal-health husbandry:

No Risk Assessment Has Been Done Per Codex Procedural Manual

The Codex Procedural Manual very clearly states that: “Risk assessment should be based on realistic exposure scenarios.” (See Section IV, Risk Analysis, 2(e)) This means that one or more risk assessments should have been done on Zilpaterol’s synergistic effects with the other drugs, toxins, endocrine disruptors, hormones, and chemicals that animals and humans are directly exposed to in the real world. This was not done.

Instead, risk assessments were conducted addressing Zilpaterol risk in isolation. That is not a “realistic exposure scenario” in today’s world where we are all bombarded not only with numerous chemicals and biological substances but also electromagnetic influences.

So, contrary to all of the claims made at CAC44 and CAC45 that Zilpaterol has been the subject of “robust” risk assessments, CAC45 actually does not have the scientific support for Zilpaterol safety that has been claimed for it.

Whether Codex delegates agree with NHF or not on the safety issue, one other insurmountable obstacle to advancement of the Zilpaterol MRLs is absolutely and irrefutably clear and that is that there is No Consensus:

There may be some member states that will call for a vote on these MRLs at CAC45, which is highly disfavored as a procedural move. As everyone here knows, the Codex Procedural Manual calls for guidelines and standards to advance towards adoption based upon the consensus of the members present.

The MRLs for Zilpaterol cannot be advanced at all for at least two major reasons:

Codex either follows its own rules and procedures or else it is a lawless organization deserving of no respect. In the face of such sustained opposition (i.e., “no consensus”), CAC45 only has two choices here – no matter how many of its delegates might wish otherwise – it can either discontinue work on this standard or it can keep it at Step 4. CAC45 has zero right to advance this standard to Step 5 and doing so in these circumstances would greatly damage or even destroy Codex’s credibility.

Moreover, it constantly amazes NHF that Zilpaterol – which is not therapeutic in any way, indeed it harms many animals, and is only intended to increase drug sales – has elicited such fierce support from certain Codex delegates. We remind everyone that the motto of Codex after all is “Safe, Good Food for Everyone” and not “More Sales for Industry.”