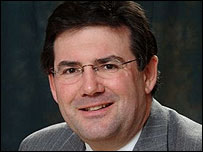 David Noakes, CEO of Immune Biotech Ltd, was a company CEO for many years and a campaigner for human rights. In July 2009 he learned of GcMAF at a lecture while working in Belgium. After beginning to read the research papers on it; he found the proofs incontrovertible.

GcMAF is essential to the immune system and our body makes it. David felt it was vital that GcMAF be supplied to people who could no longer make their own. He was concerned that 20 years after it was discovered no one appeared to be making it available to the public; David resolved to do so.

David read the remaining 32 mainly cancer/GcMAF research papers. He formed strong connections with eminent scientists in Holland, the UK, and Italy. He went into production in December 2010 using shared laboratory facilities, and Immune Biotech Ltd.’s own laboratory was opened in 2011.His laboratories have designed assay methods that use GcMAF to destroy live cancer cells to test the activity of the GcMAF produced. These are filmed through microscopes, and have themselves become the subject of research papers.