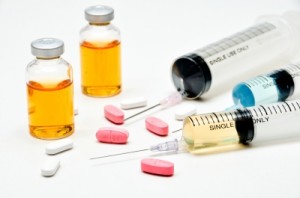 After I circulated yesterday’s excerpts of statements from a TED Talk interview of Bill Gates (Mr. “Vaccinate Everybody on the Planet for Every Known [or suspected] Virus”), an internet contact of mine asked me a couple of questions:

“Gary, are you an advocate of the herd immunity?  Do I understand correctly that this means letting the virus run its course and kill as many people as necessary including many doctors and nurses who are treating the sick?”

Here is what I wrote back, thinking that some other readers of my columns might benefit from the answers…

No, but most bacterial or viral infections – even the most contagious ones (whether mild, moderate or severe) will, if they don’t kill the victim, result in life-time immunity because they are acquired naturally. Vaccinations, a very abnormal way of causing an infection or infectious response, will only result in partial, incomplete or NO immunity.

Coronavirus test-positive outpatients almost always have mild symptoms, and, given the high false-positive testing that is out there, the tests can’t be totally relied upon. Many such cases can even be totally asymptomatic.

In 2020 coronavirus patients that are sick enough to go to the hospital might be entering an intense 5G exposure environment, which could result in lethal consequences. The small percentage of patients that die are most likely victims of any of a number of co-factors, including chronic illnesses that ALWAYS mean polypharmacy situations where the many sickness-inducing prescription drugs can cause, even by themselves, lethal iatrogenic illnesses and deaths.

A very important co-factor that adds to the lethality of coronavirus infections (in large city hospitals) is the existence of chronic and/or acute exposure to 5G irradiation – a new reality that is fairly common in metropolitan areas that have been lobbied by the high tech industries to be ahead of the competition in saturating their cities with highly toxic 5G towers every three blocks, often installed on top of hospitals (and school buildings!).

We know that many major cities have recently installed 5G networks without considering the public health risks of the new technology (which self-driving cars, etc. require).

Interestingly Wuhan, Milan (northern Italy), New York City are among any number of other large cities that have been targeted by Verizon, T-Mobile, Sprint, At&T, plus a dozen other European and Chinese Technology companies that are trying hard to convince city councils to sign up for the technology ASAP.

Have you noticed that absolutely ZERO mainstream media outlets have ever discussed the well-known and documented risks of 5G (or, for that matter, talked about the proven benefits of vitamin A, C, and D or any of the other proven beneficial nutrients)? Instead, they imply that nutrient therapies are simply vague conspiracy theories in order to make their listeners and viewers think that anything that doesn’t echo the official narrative must be a conspiracy theory that deserves to be denigrated. GGK

Right after I had replied with the above email message, I realized that I hadn’t addressed the issue of herd immunity, so I emailed the following:

Oh, I forgot to mention that herd immunity is quite real but the term only refers to the situation where over 50% of the “herd” becomes immune to an infection by natural means so that potential epidemics will have trouble getting a head start.

Usually, at the most, only sporadic infections – but not epidemics – will occur when a substantial percentage of the community have developed a natural immunity following previous community outbreaks of the disease.  But it is important to understand, herd immunity will NOT occur following vaccinations.

When I was in med school – before Big Pharma corporations –during the Reagan administration – were given blanket immunity from prosecution when deaths or adverse effects occurred from their vaccines. The 1986 law made the profit-hungry pharmaceutical corporations naturally reckless in their fast-track development and promotions of a multitude of dangerous and untested-for-safety childhood vaccines.

We med students were taught in the 1960s that if 60% of the population had (lifelong) herd immunity from naturally occurring childhood infections (measles, mumps, chicken pox, whooping cough, etc.)  future “epidemics” of those illnesses didn’t appear in the region until younger un-infected children entered the real world and started outbreaks again.

In that era, neighborhood mothers had measles or chicken pox parties to get their kids exposed to one of the infected kids so that the other kids could get their infections over before school started. Herd immunity was a fact of life that made sense to mothers.

The reason that herd immunity may have acquired a bad name is the fact that Big Pharma keeps raising the percentage definition of herd immunity. The number was falsely raised from the still logical 60% to 70% and then to 80 – 90 % and then to the current 95%.

Of course the reason for the Big Pharma-sourced escalation of the numbers is that vaccinations are incapable of conferring herd immunity, so when the MMR vaccine periodically fails and outbreaks of measles or mumps occurs despite 80 – 90% of children getting the MMR booster shots, the vaccine corporations just say that we need a higher percentage of kids getting vaccinated in order to protect the herd. Pure propaganda.