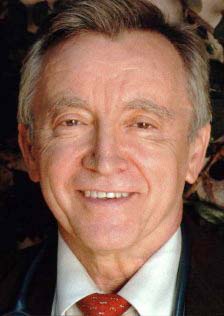 NHF Board of Governor member Dr. Murray “Buzz” Susser has been in the forefront of the battle for medical freedom for a generation and now he is fighting his own personal battle against the orthodox medical authorities for his use of efficacious treatments. An unusual doctor who is widely known for actually listening to his patients and treating them effectively, he is greatly sought after for his medical services by film stars and even his medical colleagues who have not been helped elsewhere.

A Fighter Pilot Becomes A Doctor

A fighter pilot for five-and-a-half years in the U.S. Air Force, Dr. Susser flew F102A all-weather interceptors during the height of the cold war. He then served in the Pennsylvania Air National Guard for three years while taking pre-med courses at the University of Pittsburgh. Around that time his brother, who was in osteopathic school, inspired him to apply to the University of Pittsburgh School of Medicine. “I was strapped for money,” Dr. Susser said, “so I only applied to one medical school. Fortunately, I got accepted.” He graduated in 1966.

But Dr. Susser became disillusioned with the standard use of drugs in medical practice. Importantly, he started using Vitamin E in 1968 after friends convinced him to read Vitamin E for Ailing and Healthy Hearts by Wilfred Shute. About then he also read Linus Pauling’s Orthomolecular Nutrition and his classic Vitamin C and The Common Cold as well as the books of health writer Adele Davis. In fact, during that time, he encountered a patient with severe phlegmasia Alba dolens (painful, white, swollen legs) and painful pitting edema, which had had three decades of failed medical treatment. After repeating some conventional treatments with no success, Dr. Susser decided to give the patient 800 units a day of Vitamin E. “It was providential,” says Dr. Susser, “Because I got one of the best results I’ve ever had with vitamins. This woman, after 30 years of leg problems, showed dramatic improvement after two weeks and was completely better in six weeks. When I went and told my colleagues at St. Margaret, they laughed at me.” But that was enough to convince Dr. Susser of the efficacy of natural remedies. Unlike most of his colleagues, he realized that medicine and health care encompassed more than just drugs and surgery.

A Doctor Becomes A Freedom Fighter

Then, in 1972, at the suggestion of Adele Davis, with whom he had become acquainted after reading her books, Dr. Susser attended the International College of Applied Nutrition (ICAN) symposium in San Francisco that year and his eyes, heart, and mind were opened to, as he so aptly put it, “those unexpected vistas of the world of medical alternatives.” The board of directors soon elected him to be one of their directors.

Like many if not most of us, Dr. Susser had grown up believing in a government for the people and by the people – in the land of the free. It took him a while to learn that governments are made up of people with dogma, bias, and even corruption. But when he did see reality, he became a freedom fighter. His experiences with ICAN helped to solidify his pro-freedom viewpoint. And he did not just think, he acted.

In addition to ICAN, Dr. Susser served on several alternative-medicine boards as director and program chairman. He was an officer of the International Academy of Preventive Medicine (IAPM). He was also president and program chairman of the well-respected American College for Advancement in Medicine (ACAM) as well as president for the American Association for Health Freedom (AAHF). In fact, every organization to which he has belonged has fought in some way or another for health freedom.

While in the Air Force, Dr. Susser had injured his back. With conventional medical treatments unhelpful, he accepted the kind offer of a neighborhood chiropractor to treat him. As he said afterwards, “I’d been to everyone for my back, and no one had helped; and this chiropractor got my back enormously better in about two months. In those days, associating with a chiropractor was almost grounds for losing your license.” As a result of this and subsequent beneficial experiences, Dr. Susser continues to look upon chiropractic treatments as both important and appropriate. When he thinks it might be called for, Dr. Susser never hesitates to recommend to others that they visit a chiropractor for treatment.

His Open-Minded Views & Treatments Have Made Him Popular

Dr. Susser earned his professional stripes by treating people from all walks of life. Whether billionaires or super stars or people on assistance, he has served them with his medical skills and knowledge. Sharon Stone, Brian Wilson, and Dixie Carter are just a few who have publicly acknowledged Dr. Susser as their doctor. Yet, numerous others cannot even be mentioned due to doctor-client confidentiality. Many patients, including dozens of doctors, have gone to see Dr. Susser because no one else could make them well. And many of them had even been to prestigious medical centers and universities without successful results. As Dr. Susser pointed out recently, Because these patients were never treated beyond drugs and surgery, they never received what their bodies truly needed.”

It could easily be said, and truthfully, that his use of alternatives in medicine may have saved dozens, perhaps hundreds, of lives that would not have been saved by conventional medicine. And part of his success can be attributed to the fact that, unlike most doctors who seem to be on robotic healthcare mode, he listens to his patients! To Dr. Susser, they are an extremely important source of information. In fact, many people say that they have never before been heard so clearly and so well by a doctor.

With his natural gift for, as well as vast experience in, explaining new approaches, Dr. Susser is much sought after. Coupled with his considerable media experience and his well-received book, Solving The Chronic Fatigue Puzzle, Dr. Susser’s Los Angeles, California medical practice is kept quite busy and he remains very popular.

But Not With Everyone

Because of the bias of the Medical Board of California (MBC) against complementary and alternative medicine (CAM) and the harsh and draconian ways that CAM practitioners are disciplined, doctors have naturally been very reluctant to move into that kind of practice or even to incorporate aspects of CAM into their existing practice. This reluctance remains today despite the rising demand for complementary and alternative treatments as the public becomes more and more aware of their value. The MBC may be the biggest single impediment to the adoption of CAM in California.

As a doctor practicing involved with other doctors practicing complementary and alternative medicine, he has witnessed others who have had to battle the MBC and its arbitrary, high-handed enforcement actions. Nor was Dr. Susser himself immune from the MBC’s predatory onslaughts. Despite his years of dedicated work, they attacked him for two strange cases in 1988 and an even stranger pair of cases from a treatment started on two patients in 1995, and about which they never complained. The circumstances are too bizarre even for a film plot; but the MBC, undoubtedly influenced by Dr. Susser’s non-mainstream medical views, chose to attack him anyway. As the National Health Federation has seen with other healthcare practitioners using unorthodox but successful and effective treatments, attacks of this sort are inevitable. In fact, it has become a sort of backhanded badge of honor to be so attacked; otherwise, it means the practitioner is not successful or effective enough to be worth the MBC’s time or trouble.

Time For A Change

Yet, it is these sorts of repeated and vicious attempts to suppress alternative and complementary medicine that have led us to believe that it is time for a change in the Medical Board itself. If someone of Dr. Susser’s caliber and years of alternative and complementary medical experience could be appointed to the MBC, then perhaps the Board might for once have an experienced and capable practitioner to monitor their judgments and explain with a voice of reason the values and safety of CAM. In all of its years, the MBC has never had a member doctor with Dr. Susser’s knowledge and experience in the field. Given that a huge percentage of the population wants the freedom to avail themselves of this care, Dr. Susser could be part of reforming the MBC so that there is an end to the injustice that prevents doctors from practicing
alternatives.

Dr. Susser’s personal life is certainly exemplary. He has four grown children and his second wife Phyllis has three grown children of her own, and between the two of them they have ten grandchildren who are all healthy, happy, drug-free, and have never been in any kind of trouble with authorities of any kind. Proud of these children and proud of his life, Dr. Susser finds his second marriage inspirational and has even been told that people get married because of his marital example. And despite all of the private and professional demands on his life, he has only missed one and a half days’ work from illness in the past thirty-five years. This is clearly someone who admirably practices what he preaches. So, after more than three-plus decades of medical practice and treating some 30,000 patients, Dr. Susser has accrued an enormous treasure of experience, learning the alternatives of medicine, and battling for the right to use these alternatives. Above all, his two professional passions have been his use of alternative medicine and the right to use it properly without government interference.

His most constant frustration has been with threat of government action against the use of innocent and valuable methods of healing. “At some level,” he says, “this is all about personal freedom and the unnecessary intrusion of government into our personal lives. We should all have the right to use safe and natural remedies in our lives and the province of government should not restrict these rights.” Indeed, Dr. Susser has said that if some guru had told him as a child that the major problems in his life would be from the overreach of government in his work, he would have scoffed. He’s not scoffing now – he’s fighting.