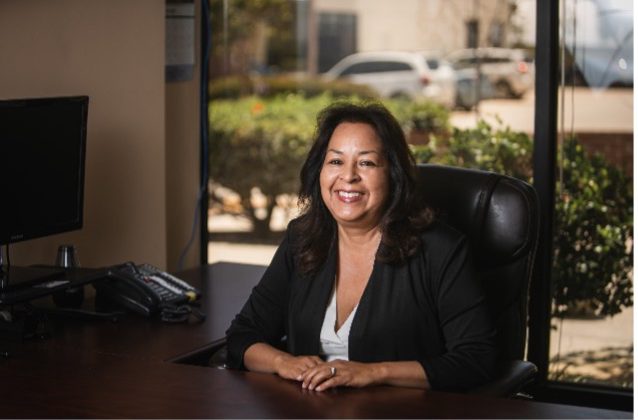 Evitta Morrow, an NHF Life Member, is the co-Founder of Common Sense™ Products with her late husband Tim Morrow, Master Herbalist. Tim was the face of the company and Evitta ran the business and promotional side of the company. For 35 years their mission has been to give people herbal and nutrition options and educate them to understand their health from the inside out. Together, they travelled across the country and began sharing their knowledge about the power of herbs. Evitta’s passion to help others take back their health is why she has made it her priority to continue to provide a product that is both high-quality, affordable, and available to all. She is thankful to work in a business that has not only changed her life but the lives of countless others. Her husband Tim Morrow passed on December 20, 2019, leaving a legacy behind for Evitta to continue. Our motto is “Growing Old Does Not Make Us Sick, It’s Growing Sick That Makes Us Old.”

A Lifetime of Giving

A long-time health and health-freedom advocate and resident in Southern California, Evitta Morrow was elected to the National Health Federation Board of Governors in January 2021 where she has been actively participating ever since. A widow and NHF Life Member, she continues to run the herbal business that her late husband had founded in 1985 but that Evitta played a significant role in growing for decades.

Born in Brooklyn, New York, Evitta lived there only for a short while before her Belizean immigrant parents moved to the Los Angeles, California basin. Looking around for a good town in which to settle, Evitta’s parents naturally picked Gardena, California. In Gardena, they found good, sensible people, good weather, and good schools; and Evitta went to St. Anthony of Padua grade school there from 1st to 8th grade and then on to High School there as well.

Fate then took Evitta on the family path. In 1976, although young, she married for the first time and had three wonderful daughters from that marriage. Today, Evitta is surrounded by ten lovely grandchildren and three great-grandchildren. With her busy schedule, she is just thankful that they all live close by.

It all began innocently enough. Soon after Evitta started eating healthier and exercising regularly, she began to feel ill. Little did she know, when she began making these lifestyle changes through exercise and healthy eating, that her body was beginning to cleanse itself of years of toxic build-up from previous poor eating and lifestyle habits. Unaware of this, Evitta went to seek medical help, which then led to her four-year nightmare – even causing her to gain 40 pounds! After years of endless doctor visits, medications, and treatments, her doctor told her that her “illness” was all in her head, therefore he prescribed her anti-depressants and told her to see a psychologist. Nothing that the doctor did improved Evitta’s health, actually the doctor’s treatments were only making Evitta worse. To add insult to injury, another doctor told her that she had TMJ and she would need to have her jaw broken!

One of Evitta’s close friends knew of a master herbalist named Tim Morrow, who had helped many regain their health through the use of his unique herbal combinations. But Evitta had many excuses not to go and see him – as a single, working mother she thought that he was too expensive and that his products probably wouldn’t work.

Evitta distinctly remembers the moment when she suddenly decided to see Tim Morrow about her mystery illness. “One day on the way home to Long Beach after picking up my kids from school, I was experiencing dizziness. It was at that instant that I decided to make an appointment to see Tim Morrow. I was 30 years old at the time and I truly did not think that I would live past 35.”

The first time she met Tim in person was when, only a few days later, she walked through the door of his Hawthorne office. Tim recommended some of his herbal products to Evitta and for the first time she had hope!

Evitta started noticing positive results very quickly. In fact, she spent a solid year of detoxing with Tim’s recommended herbs because of all of the medications that she had been previously prescribed and taken from her medical doctor. At the end of a year, she felt like a brand-new person and completely well again. She knew in her heart that she never, ever wanted to take medical drugs again. Evitta also felt much more empowered since she was no longer dependent upon someone else for her own health, and also started approaching and caring for her health from a preventive and not therapeutic perspective. Of all their core Common Sense Principles, “an ounce of prevention is worth a pound of cure” always ranks among the most important.

If anything, Tim taught Evitta to take full responsibility for her own health, a lesson she appreciates to this very day. Tim’s favorite motto was, “Growing old does not make us sick, it’s getting sick that makes us old.”

At that time Evitta was already divorced and taking care of her three young daughters. Reared as a Catholic, she was still on a journey to expand her awareness of God. One day, Tim kindly invited Evitta to go with him to the Seventh-day Adventist Church that he had been attending for many years. From the very first time that Evitta went to Tim’s church she felt spiritually connected and amazingly empowered. They continued to attend church together, and that is how their personal relationship began.

One thing led to another and before long, Tim and Evitta were getting married – on November 16, 1997. They had one daughter together, Danielle. The newly joined family settled down in Carson, California, where they bought a house.

Danielle was very fortunate to have such health-conscious parents. She was born at home with a midwife, not a doctor, in attendance, and without any medication. She had her first Wellness visit with a midwife, never went to doctors at all, and was always healthy. Never vaccinated either, Danielle was homeschooled by Tim and Evitta; and, as I can personally attest, Danielle is a healthy, beautiful, intelligent, well-educated, and talented young lady.

Tim had created a business with Nature’s Sunshine Products as early as 1981. However, in 1985, he decided to start his own independent health company, which he named Common Sense Herbal Products (www.commonsenseherbs.com). He grew his business with his experience, intelligence, and charm. But he wasn’t becoming as successful as he would like to have been. Once Evitta entered Tim’s life in 1992, she started helping him with the business. That’s when the business seriously took off and became a real success.

Until Tim’s death on December 20, 2019, Evitta Morrow ran Common Sense Herbal Products with her late husband – Tim was the face of the company and Evitta ran the business and promotional side of the company. For nearly 35 years their joint mission was to provide people with herbal and nutritional options while educating them to understand and approach their own unique health from the inside out.

Evitta worked at the office, often with Danielle as an infant at her feet and later as a young girl by her side, as she and Tim shaped and grew the business together. Customers loved them and became more than just customers. They would often become friends and even feel like family! And they were always cared for like family. Many of them saw and remarked upon the benefits. Evitta, with her experience and passion for helping others, even coached women on birthing and assisted in home-birth deliveries.

Always together, Tim and Evitta travelled across the country in the years from 1993 until 2019, sharing their knowledge about the power of herbs far beyond Southern California. Among many other places, they made speaking appearances for events at Rutgers University, the Parker Police Station in Los Angeles, Williamstown Seventh-day Adventist Church in New Jersey, and other diverse locations in New York State, Mississippi, and Alabama, taking Danielle with them on each trip.

Before he passed away – in fact, long before that – Tim foresaw and would speak about the problems that would come to confront America. He predicted the kind of medical tyranny that we are witnessing and experiencing today, with its persecution of those free-thinkers who are determined to take responsibility for their own health and the health of their family. He predicted long ago that people would turn on each other in this fight, and Tim himself lived long enough to be persecuted by the authorities who convinced others, whom he had done no harm to, to turn on Tim. It broke his heart, as it would any innocent man.

I leave it to Danielle Morrow – who grew up in the family business and knows her mother best – to share these last remarks now about Evitta. “Compassionate, driven, creative, intelligent, fierce, faith-filled, and inspirational are just a few of the many amazing qualities that make up my mother. Wisdom and genuine care are at the core of everything she does, from running a home to running a business. She is, without a doubt, a natural-born leader who is a true visionary. She always makes sure that growth and integrity are the guiding light in her decision-making. Her will to get the job done and endure any hardship makes her an exemplary leader in every respect. I honestly don’t know how she does it, her mental strength and determination have me in constant awe. I believe her faith in the Lord, which she so devotedly shared with my father, is truly her source of strength. I believe He gives her the ability to succeed and flourish in all she sets out to accomplish.

From the words of encouragement and inspiration that line the walls of Common Sense Products to the warmth you feel the moment you open the doors, all can be attributed to her attention to detail. Her genuine love for the work and life she had with my father and her natural ability to make an office feel like home are truly beautiful to experience.”