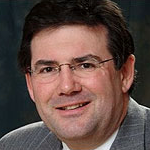 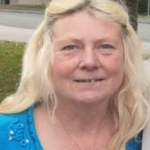 David Noakes – businessman, philanthropist, pioneer, and NHF Chairman – once again languishes behind bars, this time in a French prison. His crime? He cured people of cancer and other diseases. Did he make money from it? Yes. Did he also donate an unheard-of 25% of his GcMAF product to those who could not afford it? Yes again. Most importantly, did he make a real cancer-solution available to thousands of people who previously had had no hope of living? Absolutely. Curiously, though, did he ever do any of this in France? No.

GcMAF is not a synthetic pharmaceutical drug with all of the attendant risks – known and unknown – that a newly created chemical drug may have. GcMAF is a natural protein that is produced inside billions of healthy bodies. There are zero fears as to its safety. Since GcMAF exists in less than a billionth of a gram, even if it had been like arsenic it would still have been quite safe. And if its incredible safety were not enough, GcMAF injections are administered at a mere fraction of the cost of the standard toxic chemotherapy treatment, have no side effects, and are far more likely to result in a successful outcome (1.5-2.5% success rate for chemotherapy; 75%-100% success rate for GcMAF depending upon the type of cancer).

In fact, 100% of those treated in Noakes’ clinics in the UK for liver and pancreatic cancer survived. Both cancers are typically a death sentence for anyone diagnosed with either of them and the survival rate is invariably not more than one year from the time of diagnosis. Indeed, Maureen Kennedy Salaman, the NHF president before me, unfortunately died of pancreatic cancer in August 2006, before GcMAF came onto the market. However, by the Fall of 2008, NHF policy advisor and researcher Bill Sardi had written his first article about GcMAF, which appeared in Health Freedom News.

Remember, though, that none of the clinics using Noakes’ exceptionally pure GcMAF were located in France. He did not do any business in France. Others might have, but not David Noakes nor Lynda Thyer. So, there is no lawful basis for charging and imprisoning either one in France.

For having saved the lives of many thousands of patients without having held the exactly proper pieces of paper in hand, the GlaxoSmithKline branch office in London, England euphemistically known as the Medicines and Healthcare products Regulatory Agency (MHRA) destroyed Noakes’ business, seized personal assets, froze his bank accounts, and had him thrown in prison for five months.

As David Noakes himself put it, “We have already had 33 persecutions, including all of our bank accounts shut for nearly five years, 14 raids by over 100 officers, were forced to watch 200 people recovering from Stage-4 cancer then die of it when the MHRA banned GcMAF, perjury by the MHRA, then 15 court cases, and four prison sentences with more to come. All to protect the multi-billion-dollar super profits of the poison of chemotherapy.”

But that was not enough for these spiteful men and women out to utterly crush the competition; they notified their French counterpart, OCLAESP, with tall tales about how Noakes and his colleague Dr. Lynda Thyer had been operating a “gangster” GcMAF operation, taking advantage of poor, helpless cancer “victims” in France when all they had been doing was to periodically travel to Cherbourg, France from the UK to get away from the non-stop, oppressive UK persecution. So, a completely fabricated European Arrest Warrant (EAW) was concocted by the French and extradition proceedings were initiated against both David Noakes and Lynda Thyer.

The Road to Paris and Perdition

Dr. Thyer was the first to go, after having lost her court cases to stay in Britain where she had never even been charged with any offenses. Scooped up and shipped off to France in July 2019, Lynda Thyer is still in prison there nearly a year later. NHF had twice obtained her release from the notorious Fleury-Mérogis Prison in the southern suburbs of Paris, but the first release in December 2019 did not stick because the European Court of Justice issued a decision on EAWs that the French Court of Appeals then used to overrule the decent French judge who had just released Dr. Thyer. Her second release on March 18, 2020, also obtained by NHF, was short-lived when she was caught attempting to board a Eurostar train headed for London at the Gare du Nord train station in Paris. Now labelled a “flight risk,” the French authorities put her right back in prison since they did not want to take a chance with her leaving France.

Meanwhile, David Noakes’ own vigorously fought extradition battles in the UK court system dragged on until December 2019, when the Court ruled against him and ordered his extradition to France. Thoroughly frustrated, Noakes, who had been religiously reporting in every week to his local police station in accordance with the terms of his release, stopped dropping in and largely disappeared. That was, until May 21, 2020, when the Border Police finally took him into custody at Falmouth in Cornwall. Imprisoned at Exeter Prison for nearly a month, David Noakes was then extradited on Monday, June 15th at 17:35 on an Air France flight to Paris, despite the valiant efforts of many to put a stop to this kidnapping. He was accompanied on the flight by UK authorities who then handed him over to the French at the Paris airport.

The French criminal-law attorney, whom the NHF had retained back in December 2019 for just this unfortunate eventuality, was ready to intercede on David Noakes’ behalf as soon as he arrived in France. The morning after Noakes’ late-day arrival, our French attorney met with David at length at the Parisian tribunal before he appeared in court along with his counsel. There, he was indicted (as expected) and then given an opportunity to make a statement. Upon advice of his counsel, David Noakes made no statement and then the Court sent him off to Fleury-Mérogis Prison.

On Thursday, June 18, 2020, I met with David Noakes’ attorney in his Paris offices, but was unable to see Lynda Thyer’s attorney, Chloé Arnoux, because she was involved in a week-long criminal trial. On Saturday, June 20th, Mr. Noakes and his attorney met again, this time at the prison. Obviously, no one can be well in prison, but David’s attorney shared with me that despite the stressful conditions there for him, David is holding up as well as can be expected. Unfortunately, the Court sent David Noakes to Fleury-Mérogis Prison (the men’s section) instead of the “preferred” Prison de la Santé in the 14th Arrondissement of Paris. The latter prison has been refurbished, is easier to visit, and would have been healthier for David Noakes. However, that prison is evidently reserved for prisoners with Parisian addresses.

Lyn Thyer, who is ill, is still being held in the smaller women’s section of the same Fleury-Mérogis Prison. On July 8, 2020, Lyn Thyer and her attorney appeared before the Paris Tribunal in an attempt to get Lyn released pending trial. Unfortunately, despite Maître Arnoux’s strong arguments in favor of her release, the Judge still found Lyn to be a flight risk due to her earlier March 18th effort to leave Paris. We also found out that Judge Gadaud intends to bring this matter to trial before the end of 2020.

The real criminals here are those who construct legal and regulatory barriers to protect their financial interests at the expense of all others. In the decades-long, worldwide “war against cancer” that no one even talks about anymore, the industry and its regulatory lapdogs conveniently hide behind laws enacted to prevent competition, such as the Cancer Act of 1939 in the UK, which outlaws advertising any treatments other than chemotherapy, surgery, and, later, radiation. Regulation is, as one JP Morgan Chase chairman admitted, a “moat” protecting his bank from competition by smaller banks. The same despicable practices are used by the medical industry.

Just look at Lyn’s and David’s cases. Jean-Luc Gadaud is the investigative judge in their cases and has dealt with them harshly and with indignant, even self-righteous, anger. However, within the same time frame, Judge Gadaud was also named in October 2018 as the investigative judge on a case in which a giant French dairy company called Lactalis was accused of poisoning thousands of people with Salmonella contamination in 83 countries. Strangely enough, after 14 months of investigation, and despite Lactalis’ belated admission of wrong-doing including a nine-month delay in informing the French authorities and a subsequent massive recall of 12 million boxes of powdered baby milk from the marketplace, Gadaud did not imprison a single wrongdoer! Yet, in the GcMAF cases, where Lyn and David are innocent of any wrongdoing in France (or anywhere else for that matter) and even saved thousands of lives, this Judge has thrown both of these heroes into prison (as if this would eliminate the hard science in support of GcMAF’s safety and efficacy). Yes, justice in the UK and France is really nothing more than something only for the Elite with their influence and connections.

So, before any of you applaud any regulation or even naively ask for more regulation ever again, consider what you are really asking for. Besides the huge financial cost of regulations, estimated at $2 trillion per year, there are the human costs such as those many GcMAF patients who died when the product was seized and the even more patients who were never able to obtain this safe product because of the regulatory moat that was long ago put in place and is still being enforced with guns and prisons.

“Oddly,” as Peter J. Wallison wrote in his excellent book Judicial Fortitude, “the government, the most powerful, monopolistic, and heavy-handed player of all, is seen as the most benign, and the most likely to act fairly, when in fact it is the easiest tool for powerful interests to bend in their favor.” In fact, “crony capitalism grows alongside the growth of government.”

David Noakes’ counsel is bringing a Motion to get him out of prison on health grounds. There are several genuine reasons to fear for David’s health while in prison, including his diabetes, his dwindling eyesight, and other health conditions that cannot be properly managed in a prison environment.

PLEASE DONATE. NHF thanks all of you who donated toward ongoing legal expenses and who wrote David and Lyn directly!But, please believe me when I say that we still need your support. Please help Lyn and David, who themselves helped so many others! Additionally, please send this update to all your contacts. All other reports on David and Lynda are on the NHF website, most collected in the News Release Library.

Please also write to David as follows: Mr. David Noakes, #457 501, Fleury-Mérogis Prison, 9 Avenue des Peupliers, 91705 Sainte-Geneviève-des-Bois, France. Of course, please also write to Lynda Banks Thyer with her prisoner number 456700 at the same address but with the prison name written as “MAF de Fleury-Mérogis Prison” (“MAF” stands for “Maison d’arrêt des femmes” or women’s prison). They both need your encouragement; indeed, upon her first release from prison last December 8th, Lyn told us that the hundreds of cards and letters that she had received truly helped sustain her spirit. Please include your contact information on your card or letter as well as on the envelope to better ensure delivery.

If you haven’t acted on the campaign to get GcMAF into hospitals, please do so now and then leverage your action by sharing it on your social media and with your email contacts. Only with a concerted effort by all of us and persistent focus will the unjust suffering of David and Lynda end.