Let’s get it in our hospitals 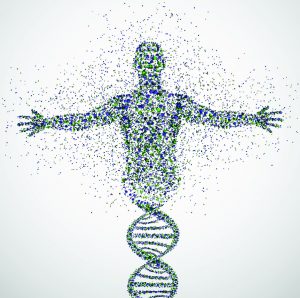 The FDA is killing 600,000 Americans with cancer a year by banning GcMAF. GcMAF is a safe natural protein that 5 billion people make; it is the body’s way of curing cancer and therefore a human right, is one per cent the cost of chemotherapy, forty times as effective, and GcMAF has negligible to no side effects.

GcMAF was discovered by scientists in the human body in the 1980s. Some have estimated that by concealing GcMAF for 25 years the FDA has killed perhaps as many as 15 million Americans who had cancer.

If it were put into American hospitals it would save 75% of terminal stage-4 cancer patients. Immuno Biotech Ltd.’s GcMAF clinics in Switzerland and Guernsey were saving 77% and 89% respectively.

Those of you who thought the treatment for cancer was in the human body all along, were correct.

Health Freedom News was the first magazine to bring GcMAF to the attention of the public, and has continued to do so ever since. The National Health Federation has publicized GcMAF continually since 2008, and it was Scott Tips who brought knowledge of it over to Europe and production was started by others over there as a result of learning about it.

There are 150 peer reviewed scientific research papers by 300 scientists in the World’s top scientific journals on GcMAF, and half of them made it through to the American National Library of Medicine, or PubMed. GcMAF is successful with all tumor cancers, which is 90% of cancers.

Here is a sampling of those research papers:

In turn, Immuno Biotech (IBL) wrote 33 scientific research papers, mostly on patients’ results, and usually in conjunction with the University of Florence, Italy. This includes, but is not limited to, 24982371 published in the World’s top cancer journal, AntiCancer Research, describes how 40 patients received tumour reductions of 25% in the first week in their clinics.

IBL’s clinical results have been nothing short of astounding:

Worldwide First: Turning off an Oncogene

An oncogene is a mutated gene that pours cancer into your body for the rest of your short life. Never in history has one been turned off. Twenty-five percent of women with breast cancer have the HER2 oncogene. Careggi Hospital in Florence, Italy told a patient she was terminal Stage 4, the breast cancer had gone into the pectoral muscle and was inoperable; furthermore, she had the HER2 oncogene, and her life was to be over in 2014.

She went to their clinic in Lausanne, and took Goleic (GcMAF + olive Oil) for three weeks, after which she returned to Careggi Hospital. The surgeons were astonished to see that the tumour had shrunk and was surrounded by pus (normal for GcMAF). They simply plucked it out. They biopsied her for the HER2 oncogene and were amazed to find it had been turned off.

Four of their medical professionals signed the results into their archives, and IBL wrote 3 scientific research papers about it, the first published at the conference by AntiCancer Research in 2014. All of IBL’s research papers can be found on www.gcmaf.se. She had gone from close to death as a HER2 terminal Stage 4, to completely cancer-free in 4 weeks flat. Today, five years later in 2019, she’s still cancer-free and as fit as a fiddle.

In the early 1990s enough was known that GcMAF was ready for use in patients. We were shocked it was not being made available. IBL went ahead with GcMAF production in order to save lives, and to complete the scientific research: the results on patients. Innocently, they thought there might be a minor risk from the UK Medicines and Healthcare Products Regulatory Agency (MHRA).

For 25 years the British Parliament has backed the big pharmaceutical corporations and the MHRA to deny access to natural treatments like GcMAF for the British people. It is all about greed – Big Pharma takes $200 Billion from chemotherapy and they don’t want any competition.

Glaxo Smith Kline, a UK corporation, killed 83,000 people with Avandia, and got a $3 Billion dollar fine in the USA – it’s all over Google. However, in England, the MHRA let them off without even a slap on the wrist. So, as GcMAF has never caused even one death, IBL thought it was safe to proceed with GcMAF.

But GSK had two directors on the board of the MHRA, Gerald Heddell and Ian Hudson. The MHRA used the EU’s Medicines Laws, written by Big Pharma to ensure new treatments are throttled at birth, to close down GcMAF and Immuno Biotech Ltd.

They proceeded with 33 persecutions before the first court case began; then prosecuted 9 of us, and asked for a 26-year sentence for David Noakes. 14 years in the UK, and requested their even more corrupt opposite numbers in France, OCLAESP, to prosecute him and his associates as well under a European Arrest Warrant or EAW.

They illegally linked our case with a non-related case, claimed conspiracy, and are treating David Noakes and his associates as terrorists. They want 2 years, 4 months imprisonment before trial, then a 10-year sentence; the fact that Noakes had nothing to do with France is irrelevant. So, in total 26 years of imprisonment for a minor regulatory breach that hurt no one; it would suit a double murderer. All small biotech companies and new treatments live in fear of the iron hand of the MHRA.

Three judges also extradited biochemist Lyn Thyer to France; she’s entirely innocent of all charges, jurisdiction is properly in England, and they have no evidence at all to hold her in prison there in France, or anywhere.

Unfortunately, Parliament has given the MHRA sufficient control over the police, the courts, the banks, the Crown Protection Services (CPS), and the prison service. The Proceeds of Crime Act 2003 ensures that they will get their greedy hands on most of any defendants’ assets. The fact that 200 patients, recovering from cancer, then died of it when the MHRA banned GcMAF is irrelevant – all of the above government agencies and banks only listen to the MHRA, never to persons like Noakes, or the science, or the patients. There is no justice in the corrupt EU dictatorship of Britain. Two million people have died unnecessarily in the UK over the last 25 years, all orchestrated by Parliament.

IBL’s website is www.gcmaf.se. But please go to www.mhracorrupt.st and click Parliament Guilty, then scroll to the bottom of the page, and write the two letters, one to your congressman or MP, and one to your local newspaper, to ask for GcMAF to be put into hospitals, where it will save 600,000 lives a year in the USA, 120,000 lives a year in the UK.