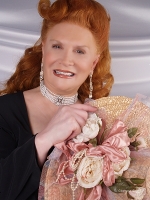 The Hawaiian Legislature is considering a vital, courageous action to protect its children from poisoning, and thus may set a model for the entire nation.  For the first time in America a state may outlaw all aspartame from schools.

Aspartame is addictive.  The aspartame industry wants to hook kids on their junk so to fatten both their profits and the children for the rest of their shortened lives. Be assured the poison producers will be out in force hammering on legislation with their pernicious propaganda  and generous emoluments to defeat this action, what matter the blood price?!

On January 21, 2011, groundbreaking  HB999 was introduced in the House by Rep. Denny Coffman that would ban aspartame from all DOE school meals and vending machines.  It will prohibit the sale or transfer of aspartame products to or at any school.  It will also establish a DOE panel to screen foods and beverages at schools for aspartame.

The same day Senate Bill Senate Bill SB827 was introduced by Senators English, Chun Oakland, Shimabukuro, Galuteria, Kidana, Kim and Ryan.  This bill bans the manufacture, sale, delivery, holding  of or offering for sale any food containing any aspartame and its derivatives from the State of Hawaii.

Regardless of the State or Country, we are asking all victims of aspartame to assist Hawaii by sending in your testimony.  Go to http://www.capitol.hawaii.gov/session2011/default.asp

Then scroll down to Subscribe to Hearing Notices by email.
Click on:  GET current hearing notices and then Submit Testimony Online –  fill out the information on that form.

First lady Michelle Obama has a program to combat childhood obesity.  As the “Report for Schools” below  shows, aspartame– NutraSweet, Equal, E951, Benevia, AminoSweet, Naturataste, Spoonful) is the culprit:  http://www.mpwhi.com/report_on_aspartame_and_children.htm  It’s has caused an epidemic of obesity because it’s users crave carbohydrates.  The Trocho Study in Barcelona proved aspartame embalms living tissue and damages DNA..  This  can destroy humanity  The Trocho study shows most toxicity is in the liver, with substantial toxicity in the adipose tissue or fat cells. A 2005 epidemiology study by Sharon Fowler at the University of Texas linked obesity with diet drinks based on data for 8 years.

Mrs. Obama was in Atlanta just recently speaking on the subject of Childhood Obesity.  H. J. Roberts, M.D.,FACP, FCCP,  an international   expert on aspartame disease, sent a courier  to present to the First Lady  his 1000 page medical text,  “Aspartame Disease:  An Ignored Epidemic,” and the video “Sweet Misery:  A Poisoned World”. Heavy security ruled out bringing anything into the room; she will receive these documents another way, with  the evidence on aspartame’s link to childhood obesity. MSG is also responsible. Aspartame and MSG have an additive and synergistic effect.

Dr. Roberts in his accompanying letter said, “An important aspect of the problem largely has been ignored.  It is the enormous consumption of the sweetener aspartame in “sugar-free” products, such as NutraSweet, Equal and “diet” sodas.  The side effects of this chemical are profound, as detailed in my books and articles on the subject.  With reference to obesity and a host of  neurologic/psychiatric complications encountered in children, please note specific chapters in my  specific chapters in my book, “Aspartame Disease:  An Ignored Epidemic.”

Dr. Roberts, a diabetic specialist, has been involved with obesity as a physician for more than four decades, including much research and many publications.  He has just published a new book, “Cracks In The “level Playing Field” of Medicine, The Restriction of Corporate-Neutral Ideas and Research.

The U.S. Department of Health & Human Services reveals that native Hawaiians have more than twice the rate of diabetes as whites.    Aspartame not only can precipitate diabetes but also simulates and aggravates diabetic retinopathy.  It destroys the optic nerve, causes diabetics to go into convulsions, and the free methyl alcohol  it releases causes them to lose limbs.

It was taken all the way to the Supreme Court but again, politics won out over health.

Dr. John Olney  who founded the field of neurology called excitotoxicity tried to prevent approval of aspartame and said if approved birth defects  would be a given. Russell Blaylock, M.D. wrote the book on it, Excitotoxins: The Taste That Kills, Unfortunately Dr. Olney’s prophecy has been fulfilled.  Dr. Bill Deagle said, : “The European Environmental Association has projected that with the rise of autism caused by toxic foods like Aspartame, MSG, Fluoride, and environmental degradation, by 2013 no one will be born in the Western World that does not to some degree have autism. Our board of AAEM, American Academy of Environmental Medicine and Dr. William Rae, director of the Dallas Environmental Clinic agreed in open discussion at the October 2010 annual meeting.”

Dr. R. Thomas Zoeller, an endocrinologist and professor of biology at the University of Massachusetts, who has served on numerous federal advisory committees said “Right now, one in six children in this country is diagnosed with a neurobehavioral disorders.!”  Aspartame is a psycho drug and triggers such disorders.

In health care spending the State of Hawaii stands to save millions with aspartame banned.  It will eliminate disabilites and death from this addictive excitoneurotoxic, genetically- engineered, carcinogenic drug and adjuvant that damages the mitochondria or life of the cell and interacts with drugs and vaccines.  Nobody is safe from this menace!

The majority of all independent peer reviewed studies show aspartame to trigger or precipitate the diseases that fill the 1000 page medical text, Aspartame Disease: An Ignored Epidemic by Dr. Roberts.  The studies never stop.  Three studies by the Ramazzini Institute in Italy reveal aspartame to be a multipotential carcinogen causing everything from lymphoma and leukemia to kidney and liver cancer.  Because of industry influence FDA ignores them as well as Citizens petitions for ban.  Law requires them to be answered in 180 days,  Mine has been ignored since 2002,  In a nine-year study of more than 2,500 people, those who drank diet soda daily were 48% more likely to have a heart attack or stroke or die from those events, compared with those who rarely or never drank soda.

There was no increased risk of cardiovascular disorders among daily drinkers of regular soda, says study researcher Hannah Gardener, ScD, an epidemiologist at the University of Miami Miller School of Medicine.

We have an epidemic of diabetes and obesity because of aspartame. It  notoriously mimics and precipitates such diseases as lupus, MS and ALS.   Early studies by the manufactuer,  G. D. Searle, contains FDA admission  aspartame causes birth defects.  Yet, its been on the market for 30 years with no warning for pregnant women.

Schools must also be warned that Splenda is dangerous with a constant flow of complaints, and Asulfame Potassium caused  cancer and  .leukemia in original studies.  Sucralose or Splenda can cause the thymus to shrink by  as much as 40% (the thymus is your immune powerhouse – it produces T cells)

There are alternatives to aspartame  and Splenda such as “Just Like Sugar”, www.justlikesugarinc.com.  This product is made from food instead of additives and they have a school program.  Dr. Russell Blaylock recommends this as a safe sweetener.