How to Keep Your Aged Cells from Becoming Senescent 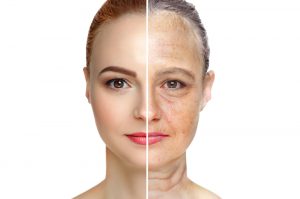 In the anti-aging pill arena, 2018 has been the year of senolytic drugs – the prospect that synthetic molecules could soon erase the ravages of aging produced by a progressive aging process called cell senescence.

Four major milestones have been achieved in rapid fashion. These four developments first started in 2011 with an animal study where the destruction of senescent cells improved the lifespan and health span of laboratory mice. That was then followed by: (2) The identification of small natural molecules that are capable of clearing the body of senescent cells; (3) Demonstrating that these molecules improve the lifespan and function of aged mice; and (4) Showing in pre-clinical studies that these molecules are successful in quelling a wide range of maladies.

The news media gush over the prospect of a new class of “senolytic” drugs that “are ready for human testing,” that may “transform medicine” say scientific reports, and they would likely be prescribed for all humans over age 40. Primary candidates for anti-senescence therapy would be for those aged 85 and older, 45% of whom suffer from frailty and diminished mobility.

What are Senolytic Drugs?

Senolytic drugs selectively produce a natural die off (apoptosis) of senescent cells. These drugs hold promise to restore youthful function to senescent cells, cells that have retired and no longer replicate themselves.

While biologically young, non-senescent cells die off in what is called programmed cell death (apoptosis), senescent cells sneakily avoid this fate. They are slow to die. So, senescent cells – even though they no longer replicate themselves – persist and cannot easily be killed.

Only a small portion of these senescent orbs out of 37 trillion cells in the human body become senescent. But they are roaming assassins, spreading inflammation, gene mutations, and idiopathic (unexplainable) disease and frailty throughout the body.

The news media appears to be pawn for these start-up drug companies. Senolytic natural molecules already exist, have been in widespread use for a number of years, are affordable, and pose little or no side effects. (By the way, fasting for three days accomplishes what the drug does exactly.)

Botanical molecules called polyphenols like resveratrol, quercetin, and catechin – derived from grapes/wine, red apple peel or tea leaves respectively – are at the top of the list.  One report says, since senescent cells spread inflammation, “foods rich in polyphenols … have the potential to [act as] anti-senescent foods.”

Here is what is being learned about cell senescence and senolytic drugs. The instillation of senescent cells into the knee joint of laboratory mice results in leg pain, impaired mobility, and changes in tissues evidence by x-ray.  Injection of non-senescent cells produced far fewer symptoms.

Results of an experiment published in 2016 reveal that a “fast food diet” comprised of high fructose corn syrup and milk-fat hastened cellular senility. Physical exercise slowed this process. So did intermittent fasting.

A small (20 subjects) human trial of a senolytic drug combo was launched in 2016 and will be completed in 2021. The human trial separately tests dasatinib, a monoclonal antibody enzyme inhibitor, and quercetin, a natural polyphenol found in red apples and onions. The study tests for frailty and stem-cell function among subjects with chronic kidney disease.

Then, in a stunning co-experiment, researchers injected dasatinib and quercetin into 20-month old mice (equivalent to a 75-year old human) and these aged mice regained physical function (walking speed, treadmill endurance, grip strength). Treating very old mice (24-27 months of age) biweekly with D & Q biweekly led to a 36-percent high average post-treatment life span and lower mortality, which suggests no one would be too old to benefit from senolytic drugs.

Looking forward, a problem for dasatinib is that over the long term, like all “inib” kinase inhibitor drugs, it is subject to development of tissue and organ resistance.  Too, “inib” drugs, even expired patent versions, are still very expensive.

Both resveratrol and quercetin block the growth of tumor cells, induce programmed cell death (apoptosis), and slow down the cell-renewal cycle, thus giving more time for gene mutations to undergo repair. Given that chemotherapy drugs induce cellular senescence, therapy like this may be restorative for cancer patients.

Senescent cells are also characterized as producing misfolded proteins that are processed in the cell. That occurs in a cellular compartment called the endoplasmic reticulum.

The question is, what is the initial and primary mechanism that induces cellular senescence? This is explained and better understood as part of the over-mineralization theory of aging that this author penned a few years ago.

The initial step towards cell senescence is explained in a recently published report that shows old cells are not able to efficiently mop up cellular debris. Cellular housecleaning is performed enzymatically in compartments within cells called lysosomes. Iron-storage proteins called ferritin are not disposed of efficiently. Senescent cells accumulate up to 30-fold more iron than young cells. They begin to become inflamed, which describes, in part, the low-grade inflammation that characterizes aging.

In a protective response, ferritin binds up this iron so it does not create iron-induced oxidation and in so doing produces intracellular anemia. In fact, each ferritin molecule is capable of seizing 4500 atoms of iron.

Even though senescent cells are overloaded with iron, it is not available as it is bound to ferritin. Without iron the cell cannot divide and grow (mitosis). There is ten times more ferritin in senescent cells.

The senescent cell has a perceived iron deficiency as the iron is all bound up in ferritin and the cell remains in iron-acquisition mode. This is all explained in a landmark report published in Redox Biology. It is not surprising to learn, therefore, that individuals taking iron supplements and iron-overloaded subjects (hemochromatosis – increased absorption of iron) exhibit shorter telomeres (the end caps of chromosomes).

Senescent cells are experimentally produced by subjecting them to radiation and they immediately accumulate iron in the post-radiation period. These rusty cells can no longer replicate.

Under experimental conditions, when an iron chelator (key-lay-tor) is instilled into cells that are subjected to radiation, the chelator inhibited the intracellular iron accumulation in ferritin but did not reverse cellular senescence. The only way iron-overloaded ferritin can be naturally disposed of is by macrophage ingestion, thereby killing off these zombie cells altogether, or by giving blood.

Fasting (which translates into the absence of incoming iron) can induce autophagy. It is the loss of autophagy (enzymatic clearance of cellular debris including ferritin and iron) that precedes cell senescence.

Iron also accumulates in lipofuscin, the cellular debris that piles up in cellular lysosomes. Lipofuscin starts to accumulate after full childhood growth is achieved.

The use of Nrf2 stimulators activates protease, an enzyme that removes damaged proteins (like ferritin) apart from the usual cellular cleansing achieved by enzymes in lysosomes. In fact, the use of such Nrf2 activators has been shown to reverse this senescent process. Quercetin, resveratrol, and other polyphenols extracted from plant sources are known Nrf2 activators, being molecular mimics of fasting.

Copper as Well as Iron

While there is overwhelming evidence of iron buildup in cells as a factor in cell senescence given that iron is the most abundant metal stored in the body (mostly in hemoglobin of red blood cells), biologists also identify copper accumulation as a “universal feature” of cell senescence. Following injection of copper, tumor cells show typical signs of senescence. Provision of sub-toxic amounts of copper induces premature senescence in a lab dish.

The dose of resveratrol determines the capability of resveratrol to diminish cell senescence, with doses that exceed dietary intake but are not pro-oxidant mega-doses (100-350 mg) being appropriate. Resveratrol induces autophagy, the degradation and disposal of damaged cellular parts.

Another interesting finding is that the ratio of copper over zinc in human tissues is considerably higher in senescent individuals compared to middle-aged adults. Zinc is identified as a regulator of autophagy. Biologists, knowing zinc deficiency in aging is common, suspect there may be a connection between a shortage of zinc and senescence.

On the other hand, copper is known to induce senescence.  Sub-toxic levels of copper have been shown to induce cell senescence. Supplemental zinc counters the effects of copper. Of interest, resveratrol helps to restore the proper zinc/copper balance.

Billionaire Silicon Valley oligarchs are pouring hundreds of millions of dollars into this class of drugs that will demand a handsome return on investment. Such senolytic drugs are likely to be affordable only to the top 10% of income earners unless aging can be declared a disease and insurance will pay for these youth pills.

Don’t grow old waiting for senolytic drugs to gain FDA approval. Of course, university-based developers of senolytic drugs want to cash in on their synthetic molecules. Predictably, a leading researcher says, “in the meantime no one should take these drug until proper safety tests in humans are complete. It’s just too dangerous!”  For the record, the Poison Control Centers of America report resveratrol and quercetin have been marketed safely for over a dozen years and there do not appear to be any reported hospitalizations or serious reactions reported in over a dozen years of use.

Meantime, fasting, avoiding iron supplements unless indicated, and giving blood will provide senescence support. Adding the natural molecules that mimic fasting and accomplish what the pharmaceutical industry is waiting to introduce as a drug is a logical option.

29 Abdallah SM & Samman S, “The effect of increasing dietary zinc on the activity of superoxide dismutase and zinc concentration in erythrocytes of healthy female subjects,” Eur J Clin Nutr, 1993 May;47(5):327-32, at https://www.ncbi.nlm.nih.gov/pubmed/?term=8319668.