In A Free Market Economy, The Best Remedy For
What Ails Modern Medicine Is Competition,
If It Would Ever Be Allowed 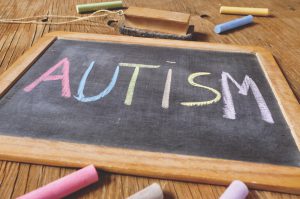 In a free-market economy, is there freedom for alternative practitioners to recommend vitamins for young autistic children?

In the United Kingdom it is apparent alternative practitioners such as homeopathic physicians don’t compete on equal ground with allopathic doctors. Entrenched allopathic (conventional) medicine has the advantage in that it claims to have the high scientific ground, controls payment systems and is singularly favored by the news media. In fact, homeopaths are characterized as an example of health quackery in the UK.

I, too, have questioned the validity of homeopathic medicines, which are implausible dilutions of therapeutic molecules, sometimes toxic metals, that only provide femtograms per milliliter (femtogram = 0.000,000,000,000,001 grams) of their principal active ingredient. However, in an earlier published report, I noted that surprisingly these diluted homeopathic remedies were actually shown to evoke a biological response (alter genes).

But in the case of the battle between allopathic and homeopathic doctors in England, homeopathic dilutions aren’t in question. Simple essential vitamins are.

The battle is over whether zinc and vitamin-C therapy represent health quackery when prescribed for autistic children.

Homeopaths advertise their alternative treatment under the acronym CEASE, which stands for Complete Elimination of Autistic Spectrum Expression, developed by the late Dutch homeopath Tinus Smits (1946-2010).

The National Autistic Society in the UK issued this statement about CEASE therapists:

“Misleadingness and offering false hope aside, there’s potential harm behind such claims. So, we’re taking steps to stamp them out.”

So much for competition in the healthcare arena.

Given that Smits died almost a decade ago, let’s delve into recently published science to see if it validates Smits’ earlier recommendations.

The body of science that links blood-serum levels of the trace mineral zinc with autism is growing. There are 145 published reports involving the relationship between zinc and autism listed at the National Library of Medicine website (PubMed.gov). Some of them are seemingly negative or confounding, but most are consistent with the idea that a shortage, imbalance, or fetal deficiency of zinc is associated with or causal (though maybe not singularly causal) for autism.

Naysayers will certainly point to a recent study that showed blood-serum levels of zinc and Vitamin A didn’t differ between autistic children and normally healthy children. Zinc blood levels in autistic and normal children “were within the normal range.” However, “normal” may mean it is normal for all kids to be deficient. It is only the commonly-occurring range, not necessarily the healthy range. This is how modern medicine pulls the wool over the public’s eyes.

Furthermore, zinc blood tests are notoriously misleading because of a molecule (metallothionein) that binds to zinc and can render it non-bioavailable. Excessive doses of zinc may end up being bound to its carrier protein (metallothionein) unless a sufficient amount of selenium accompanies zinc supplementation to release zinc from its binding molecule. Therefore, serum blood levels of zinc may be meaningless.

Given a widespread deficiency of zinc among children, zinc pills should be given as a therapeutic challenge regardless of blood levels.

Certainly, medical doctors (MDs) should be familiar with the fact that in the animal lab a mild prenatal deficiency of zinc produces offspring that exhibit some features of autism. This means a blood test of the young autistic patient is not pertinent, the blood level of the mother at time of birth is. Critics of vitamin therapy must certainly know this.

Investigators at the prestigious Seaver Center for Autism Research and Treatment and the Friedman Brain Institute, Icahn School of Medicine at Mount Sinai in New York City, New York, report that heavy metals such as lead, manganese, cadmium, or copper combined with a deficiency of balancing zinc are “associated with schizophrenia or psychosis.” Early-life exposure to metals “is a plausible cause of psychosis.” Be advised, before the term “autism” was used to describe these introverted children, it was called childhood schizophrenia.

Other researchers at the University of California at Davis report the use of “maternal micronutrient supplementation” (i.e., zinc therapy) is associated with a reduced risk for autism. Indeed, researchers at Vanderbilt University School of Medicine report that a mutation in a gene responsible for the transport of dopamine in the human body (dopamine being a memory molecule in the brain) may contribute to the occurrence of autism and that zinc “reverses… the functional deficits of autism.” “Zinc… may be a novel therapeutic target to rescue… functional deficits associated with autism,” said the report.

Furthermore, it is not just zinc, but the ratio of zinc to copper, that may trigger the onset of autistic behavior. A European study of autistic children reveals autistic kids have much higher blood levels of copper over zinc than normal kids do. Researchers suggest testing for the zinc/copper ratio and to “give a zinc supplement if needed.”

One cannot imagine anyone mischaracterizing zinc pills as health quackery. But that is precisely what is going on in the United Kingdom where homeopaths embrace vitamin therapy to treat symptoms of autism.

At the very least zinc therapy certainly doesn’t fall outside of the Hippocratic Oath that includes the dictum “first do no harm,” which so many approved drugs violate. And zinc is an essential-for-life-and-health co-factor in over 300 enzymes produced in the human body.

Additionally, it is both intuitive and backed by scientific review that autistic children may be highly selective in their choice of foods (picky eaters) and gravitate towards sweets and carbohydrates, and thus are not infrequently found to be deficient in Vitamin C. The medical literature is dotted with case reports of autistic children who developed symptoms of scurvy (frank Vitamin-C deficiency).

In a two-plus-decades-old study of 18 autistic children given mega-dose Vitamin-C therapy, researchers concluded that Vitamin-C therapy reduces severity of symptoms consistent with the ability of Vitamin C to elevate the brain chemical dopamine.

Another study conducted by researchers at Columbia University, published 8 years after the death of Tinus Smits, the Dutch homeopathic doctor who fashioned CEASE therapy, shows the risk for autism increases with use of post-birth antibiotics, prenatal acetaminophen (Tylenol), early weaning from breast milk and increased number of ear infections, all which are the very hallmarks of CEASE therapy!

How about Vitamin D?

Let’s not stop with zinc and Vitamin C. There is replete evidence Vitamin-D supplementation may also be helpful for children with autism. Here is just a sampling of published reports.

The list of positive Vitamin-D published studies here is by no means comprehensive but it certainly provides some idea of what modern medicine could be applying right now to help autistic children.

Using logic rather than narrowly using science, here is a rationale for the use of zinc and Vitamins C and D for autism:

Sad isn’t it?  Millions of helpless kids caught in the middle of what amounts to a turf war.