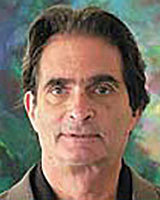 Interview With A Gene Research

During my appearance on Coast to Coast AM, last Thursday, with George Noory, I described three interviews I had with gene researchers.

From my notes, here is an excerpt from the last interview. This scientist, though off the record, was the most outspoken of the three. I confirmed, through separate channels, that he is a working geneticist who has published in his field. Nothing in his background suggested to me he has some personal ax to grind. He makes a comfortable living, and his position is secure.

Q: Why are you talking to me?

A: Because I believe the research is heading in the wrong direction. Let me clarify that. Behind the scenes, there are professionals who are excessively eager to re-design the human being.

Q: Are they motivated by money?

A: Sure. They want grants for their labs. They want to keep the gravy train going. But they also want to enter a Brave New World. They’re reckless about that. They see a science-fiction future in which people will be able to buy genes and become free of the problems that beset the human race now.

Q: And that’s a bad thing because?

A: First of all, will we be told about all the failures? Or will that information be hidden?

Q: To create the cloned sheep, Dolly, there were lots and lots of failed tries.

A: Yes. So what will the human failures look like?

A: There is a very strong possibility we will have two separate lines of research. The cautious experiments, out in the open, and then the reckless ones out of the spotlight.

Q: How could that happen?

A: With money backing it. Private investors. Black-budget government money, about which very few people would be aware.

Q: And in that venue?

A: The rational restraints would be thrown out the window.

Q: You know people, researchers, who would participate in a scheme like that?

A: I’ve met a few. And I think, over time, others could be dragged into it.

Q: As a parallel, the infamous CIA MKULTRA program of mind control was carried out in secrecy.

A: Yes it was. But with gene experiments, the secrecy would have to be much tighter. There would be many, many failures to cover up.

Q: It sounds like you’re not very confident in the state of gene technology.

A: There is a lot of guesswork. Not only do you have a vast puzzle with all the pieces disconnected from one another, you don’t really know what each piece means. And you don’t know, in general, how solid a relationship there is between genes and human functions. There have been many claims and much promotion, but the science is shaky. It’s all been inflated to raise money from investors.

Q: So a secret program of, say, inserting genes into humans, into fetuses, could result in catastrophic outcomes.

A: One such grotesque outcome, just one, if made public, would cause a public uproar. That’s why I say the secrecy would have to be very, very tight. And the people who would control a program like that…I wouldn’t trust them. Who could trust them? Their lack of ethics would be frightening.

Q: As you talk about this, it’s easy to see the re-emerging picture of the Nazi experiments.

A: It starts out in a very casual way. “We want to raise IQ through genetic manipulation.” Or “We want to improve immune function.” It sounds friendly and plausible. But behind the scenes, the people in charge have far more radical goals.

A: The creation of military warriors who are impervious to the ups and downs of emotion, regardless of external circumstances.

Q: You really think the people in charge would try for something like that?

A: There is a probability, yes. And because the state of the science is so far from being able to achieve that now—if it ever can—the experiments would be extremely reckless. Sheer guesswork. Trial and error, over and over. Who can say what the results would be?

Q: There are apparently a number of researchers and academicians who have a very rosy view of what’s possible in the next, say, twenty years. They see parents buying genes for their kids. Look better, feel better, perform better. That sort of thing. “Let the free-market forces rule.”

A: I’m not opposed to the free market. It does have a way of canceling out what doesn’t work. But those futurists who have this optimistic ideal don’t seem to realize how technologies are controlled in the real world. Gene technology would be handled by a corporate-government alliance. The most radical aspects of the technology could be carried out on much deeper…a secret channel of research, out of view of the public.

Q: It’s a cliché that the very rich would want unfettered access to the benefits. For themselves and their children.

A: We’re not talking about the middle class here. Or the upper middle class. Or the fairly wealthy. We’re talking about people who are extraordinarily rich and who hold sway over large sectors of society. Such people operate on the principle of Malthusian scarcity. There isn’t enough to go around—so they have to take the cream for themselves. This isn’t a rational view, but it’s the way they think. They would try to gain a monopoly on the most extreme aspects of genetic research. That’s what I see. If, somehow, it became possible to live to an age of two hundred, in excellent health, do you really believe the super-rich would fall all over themselves to share that with everyone else?

Q: But you don’t think such advances are on the immediate horizon for anyone.

A: I think the present state of the science is nowhere close to that. But it doesn’t mean some people won’t try. Some people will take any risks. They don’t care. We have the historical example of the Nazis. Germany wasn’t the only place where Nazis lived or that state of mind existed.

Q: I know many professionals in your field will claim that safeguards against abuses are in place, that watchdog groups and government agencies are very close to the action and will slap down anyone who tries to engage in reckless and dangerous experimentation.

A: On the level of what I’d call routine science, they’re right, for the most part. But from my experience, I see this other factor, the one we’ve been discussing. The black-budget secret line of experimentation.

Q: Just so it’s clear…we are talking about available test subjects, human beings, lots of them, who would participate as guinea pigs in genetic experiments. Exceedingly reckless experiments with uncertain outcomes. All sorts of horrible things could happen.

A: Yes. And if you’re asking me where such guinea pigs would come from, I would remind you that they’ve always been available.

Q: Wherever there is coercion and imprisonment.

Q: The completion of the Human Genome Project was trumpeted with much praise. What’s your assessment of that work?

A: Assuming the accuracy of the findings, we could see that one range of mountains was conquered, and then we were able to understand how much was left to do. The simple notion of “genes controlling everything in the body” is naïve. There must be other factors, other influences.

Q: People like to speculate about the unknowns when it comes to genetic science.

A: That’s true about any incomplete theory or hypothesis. People come in with wild ideas to fill the holes and gaps. Some of those people try to sell their ideas. I try to avoid all that. But I will say the design features of what we know about the human genome are rather stunning. The idea that this architecture developed from a puddle of mud and amino acids is odd.

Visit my site, sign up for the email list and receive free articles, and order my e-book, THE OWNERSHIP OF ALL LIFE, in pdf or Kindle format.

Jon Rappoport has worked as an investigative reporter for 30 years. Nominated for a Pulitzer Prize early in his career, Jon has published articles on medical fraud, politics, alternative health, and sports in LA Weekly, CBS Healthwatch, Spin, Stern, and other magazines and newspapers in the US and Europe.

He is the is author of several books, including The Secret Behind Secret Societies and The Magic Agent (a novel).

Jon is the author of a new course for home schoolers, LOGIC AND ANALYSIS.