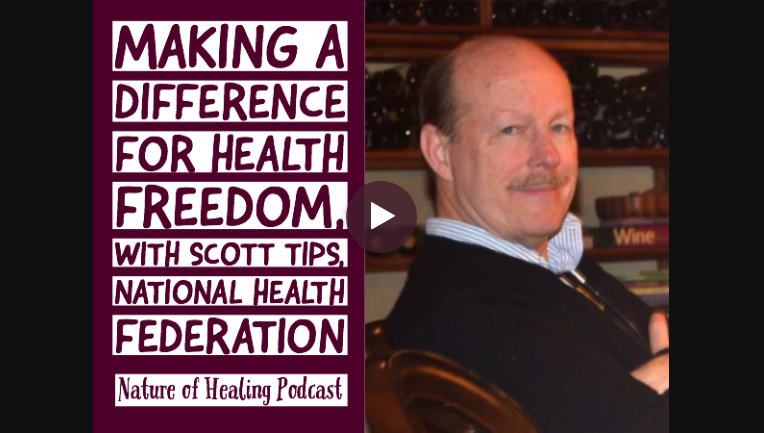 Scott Tips fights for American health freedom – the right to choose your food and medicine –  on the world stage.

He has been a Board member and officer of the National Health Federation, the World’s oldest health-freedom organization (founded in 1955) for several decades. He is Editor In Chief of its magazine, Health Freedom News.  In 2007, he became NHF President, and has been a frequent speaker for the organization and for health freedom on several continents. Scott Tips is a California-licensed attorney, and with an international clientele.

Currently, he is occupied with health-freedom issues with such international organizations as the Codex Alimentarius, which is influenced by corporate giants – that threaten natural therapies and foods, and limit individual freedom of choice in health matters. He attends Codex meetings on a regular basis.

History of NHF’s recent victories include:

Has Scott ever felt threatened in his position?

What is the future of Europe and how will it affect the U.S.? How do the EU laws both protect the free flow of health options, and also portend a One World government?

Join NHF as a member here and help NHF work to protect your rights.

Find Rosanne and her books at www.natureofhealing.org