A recent report stated that the Federal government was planning to conduct a stealth program of calling doctors, posing as patients, to see how long it takes to get an appointment, and whether it matters what type of payment system the fake patients say they have — Medicare, Medicaid, insurance or self pay. Then some doctors would be called back to see whether someone calling “on behalf of the US Department of Health and Human Services” (HHS) would get the same answer on whether the doctor accepts Medicare, Medicaid, insurance or “self pay” patients.

Doctors were outraged, and HHS withdrew the proposal, saying that “now is not the time to move forward with this research project.” But this may just be another changeup pitch, to get the batter to strike too soon at what looks like a fast ball. The very next phrase says they “will pursue other initiatives that build on our efforts to increase access to health care providers nationwide.” How would a mere survey help with that?

Physicians and their staffs need to be aware of potential government booby traps — set by lying government contractors who call their offices. If an unknown caller seeks information about office policies on appointments, and caller ID is blocked, the staff might offer to call the person back. And now that the Administration has signaled its propensity for stealth tactics, doctors might decline to take a swing at a government telephone survey.

In the June 26 New York Times, Robert Pear writes that Obama administration officials are alarmed by a shortage of “primary care doctors.” That shortage is termed a “critical public policy problem.” They want to know whether doctors prefer to see patients who are not in Medicare or Medicaid. In an article in the June 27 issue of the American Thinker Thomas Lifson notes that Obama’s medical bill, “Having expanded demand without addressing the supply of doctors, and paying less for that expanded demand than market prices,” means that “the Obama administration needs a fall guy, and doctors fit the bill.”

People should remember Aesop’s fable about the goose who laid a golden egg each morning. Not content with his riches, the owner wanted to get all the eggs at once — but he found not one single egg inside her dead body.

Attacks like this one expose rapacious people who think physicians are full of golden eggs that can be taken from them. Physicians are human beings. We spend our young years studying biochemistry, mathematics, physiology, anatomy, pathology, pharmacology, and so on. We spend our days — and nights! — in hospitals, learning to take care of people with heart attacks, cancer, diabetes, emphysema, alcoholic liver disease, etc. We deal with people who have been stabbed and raped, children who have been beaten, homeless victims of assault, drug addicts. It is not a peaceful environment. People are screaming, bleeding, having seizures. We witness horror during our young years, from medical school onward, for which no fee can ever compensate us. We suffer emotional pain and loss with each patient and family afflicted with some dread disease. We’re going into debt while other people are making a living.

Physicians do not grow on trees. It takes college, four years of medical school, and a minimum of three years of residency to produce a physician, and people will not take this rigorous course unless they love their work. A physician can be destroyed by the government overnight. Government is good at destruction, not good at creation.

I worked in a hospital emergency room in St. Louis, dealing almost exclusively with people on Medicaid and Medicare. The pay was less than what a plumber or electrician makes. The “reimbursement” from the federal government for the medical care we gave the patients was so low that the hospital went bankrupt and closed. So much for love and good intentions.

As physicians face these attacks, often from the very people they work so hard to help, more and more will decide to quit Medicare and Medicaid. Then the government will attempt to force participation, and then physicians will quit for good. Those who made it possible for you to have a joint replacement, who saved you from death from a heart attack, diabetic ketoacidosis, ectopic pregnancy, lymphoma, ruptured spleen, or a car crash — will be no more. Good luck with your nurse practitioner. 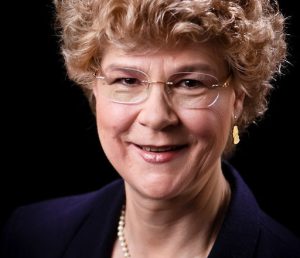 Dr Tamzin Rosenwasser earned her MD from Washington University in St Louis.  She is board-certified in Internal Medicine and Dermatology and has practiced Emergency Medicine and Dermatology.  Dr. Rosenwasser served as President of the Association of American Physicians and Surgeons (AAPS) in 2007-2008 and is currently on the Board of Directors.  She also serves as the chair of the Research Advisory Committee of the Newfoundland Club of America.  As a life-long dog lover and trainer, she realizes that her dogs have better access to medical care and more medical privacy than she has, and her veterinarians are paid more than physicians in the United States for exactly the same types of surgery.
Contact:, 765-538-2058