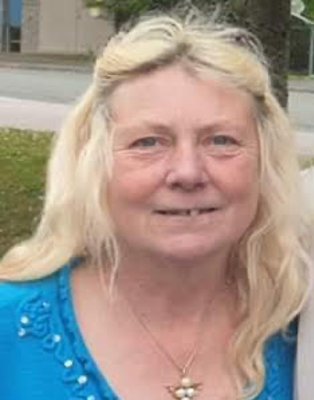 DEFEAT SNATCHED FROM THE JAWS OF VICTORY

It could have jeopardized Lynda Thyer’s chances of being released from the French Women’s Prison at Fleury-Mérogis if the National Health Federation (NHF) had said anything prior to her official release on Wednesday, March 18, 2020; but now we can publicly say that Lyn was released from prison!

Lyn, as you will recall, had been falsely charged with distributing the “anti-cancer” product GcMAF within France. If anything, she helped save many people’s lives. NHF had obtained her release last December, but then one week later the French Court of Appeals overturned the lower court’s decision and threw poor Lyn back into prison on December 16th, right there straight from the courthouse.

By French law, Lyn had to remain in Fleury-Mérogis prison while the Investigating Judge decided whether to further interrogate her. One would think this could have been settled in less than three months. Now, having declined to do so within the specified time, our French defense attorney Chloe Arnoux argued for Lyn’s release. She was evidently quite persuasive in her exchanges with the French Judge in charge of detentions and he agreed with her arguments and ordered Lyn’s release. Unfortunately, though, the Judge did not advise our attorney as to the date when Lyn would be released. At first, we had been informed that it would be April 12th, which then changed quickly to the day following the Judge’s decision for Lyn’s release (probably because of the coronavirus pandemic). I myself was enroute from California to Europe at the moment of her release and could not meet her at the prison gate. And even had I been in France that day, with the French government’s lockdown on travel, I could have been stopped and blocked from getting to her. Nevertheless, Lyn was able to make her way from prison safely and into Paris.

Under the terms of Lyn’s release (as with her previous release in December), Lyn was obliged to stay in France pending disposition of her case and NHF had three places for her to stay in France upon her release. This was communicated to Lyn but, understandably, Lyn just wanted to get home to England and leave France and its bad memories in her rear-view mirror while doing so.

In letters that Lyn answered from those persons worried sick about her, she openly wondered whether she would survive this experience mentally intact, her physical body already having failed her on many counts. If you recall, last December Lyn abided by the letter of the law when she clearly had had a chance to escape from France.

But her passport had been red-flagged and using public transport to leave France led to her being re-arrested at a Eurostar station in Paris as she was waiting to board – an unfortunate turn of events to what had started out as a day of victory. Lyn spent that night (March 18th) in a Parisian police cell.

The next day (today, March 19th) she appeared in Court before the Judge who would determine whether she remained at liberty or was to be remanded back to prison. Our NHF attorney Chloe Arnoux once again went to court this very afternoon to argue for Lyn Thyer’s release after her arrest on the previous day (March 18th). Unfortunately, I am sad to report, it was a very uphill battle and the Judge found Lyn to now be a flight risk and had her remanded back to prison where she is at present.

With this “flight” attempt, Lyn will be in prison for the near future unless we can all make a maximum effort to get her out a third time.  NHF will explore all remaining options open to us as Lyn Thyer does not deserve to be in prison even for one day more. Once again, NHF thanks all of the donors who have helped pay for Lyn’s able legal defense in Paris.