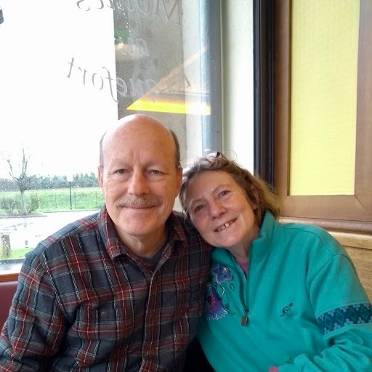 But David Noakes Is Still Confined

At a hearing before a three-judge panel in Paris, France yesterday, the attorneys for David Noakes and Dr. Lynda (“Lyn”) Thyer made their separate appeals to the panel for the release of their clients from pre-trial detention. The Judges ordered Lyn Thyer released but not David Noakes.

Lyn and David, as you will recall, had been falsely charged with distributing the “anti-cancer” product GcMAF within France. If anything, the distribution of GcMAF in the United Kingdom (not France) had helped save many people’s lives. The charges brought against them in France are not only false but spiteful. After having already served five months in a UK prison, David was referred by the UK authorities to the French government, which then launched its own persecution of both David and Lyn for alleged activities during their brief, private tourist visits in France. Lyn – who had never been charged at all in the UK – was extradited in the Summer of 2019, and, with two brief exceptions, had remained in the Fleury-Mérogis Prison for Women in the suburbs of Paris until last night.

To be sure, NHF had obtained her release on December 8, 2019, but then one week later the French Court of Appeals overturned the lower court’s decision and threw poor Lyn back into prison on December 16th, right there straight from the courthouse. Throughout that week of freedom, Lyn had dutifully stayed in France and attended every court appearance required of her. But that counted for nothing until her hearing yesterday.

Then, three months later, in mid-March 2020, NHF’s legal defense team once again obtained Lyn’s release from prison, which only lasted for a day as she was re-arrested while attempting to board a Eurostar high-speed train bound for London. Ten months later, and after several intervening hearings in unsuccessful efforts to obtain Lyn’s release, the panel of Judges finally agreed that a nearly year-long confinement was punishment enough.

Yesterday’s tribunal was polite and heard our pleas with care. The hearing was two hours long, quite lengthy for a simple hearing on detention. In the final analysis, Lyn was released by the tribunal for the following reasons:

Unfortunately, David was not released. Although the tribunal did not orally state its reasons for its decision at the hearing, their written decision will be issued soon. From what we can tell, the tribunal still fears that David will flee France. We are appealing the decision about David’s release today and an appellate hearing will take place within 20 days. Although the chances of prevailing are very low – our best argument being David’s current health situation – we lose nothing by trying.

The trial for both David and Lyn will take place over a five-day period, from the 22nd to 26th of March 2021. Preparation for the trial, together with the trial itself, will cost at least 17,000 Euros ($20,600); and we need to raise those funds immediately.

For decades, the NHF has been helping health practitioners and others who are being persecuted by authorities who dance only to the tune of their corporate masters. Such is the case here. Both David and Lyn were helping people in the UK who had been given a death sentence of cancer. Substantial, decades-long research and wide clinical experience show that high-quality GcMAF can eliminate most cancers, and at a fraction of the cost of orthodox therapies.

Lyn expressed again her gratitude to her many supporters who contributed to her legal defense and who helped sustain her morale over the past 19 months of imprisonment.

Once again, thank you to all for your support in the fight for David’s and Lyn’s freedom!