at the Upcoming FARFA Conference in Texas 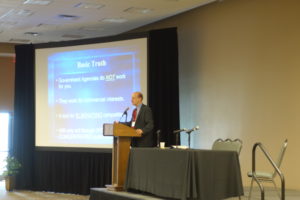 NHF President Scott Tips spoke several years ago to an interested crowd and prepares to once again next week. The speaker’s lineup holds great promise for great education, inspiration, and actionable steps to positively impact food and soil.

The United States unfortunately has a long history with food subsidies. Scott Tips will provide an update and explain how food subsidies for corn, soybeans, and other crops harm both our health and the environment. Corn, for example, is made into a cheap and ubiquitous food ingredient, thereby allowing it to be converted into a cheap form of sugar called High Fructose Corn Syrup that we can now find in almost all processed foods. This subsidy has led, in large part, to the obesity and diabetes epidemic as well as Americans’ poor health. Soy subsidies in turn have led to that highly estrogenic, gender-bender GMO crop being used throughout our foods as well, also with disastrous health consequences. 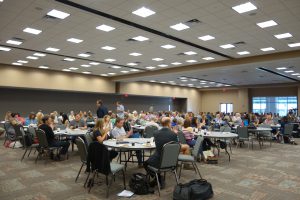 The National Health Federation is also fighting on the international level at Codex Alimentarius, particularly in regard to deceptive food practices such as “Biofortification,” which will, if adopted by Codex, allow GMO food ingredients to lurk UNLABELED within “organic” foods.

NHF’s arguments on the Biofortification definition spoken at the Codex Committee on Nutrition and Foods for Special Dietary Uses (CCNFSDU) meeting in Berlin last year blasted and exposed to Codex delegates the deceptive practices contemplated by government and corporate sponsors to hide GMO Foods not only unlabeled but under a “bio” label that means “organic” in Europe. 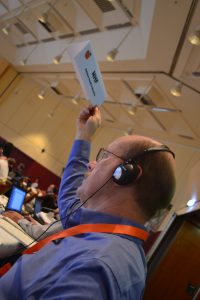 Scott further told Codex at last year’s meeting that the Biofortification concept is in the process of being HIJACKED and being converted from something good into something bad. If Codex is to allow “any method of production” and “any source” to be part of the Biofortification definition, then Codex will be engaging in Global MARKETING DECEPTION of the worst sort.

Most consumers want GM foods labeled. Consumer polls across the World have shown this to be true. In the United States alone, some 90% of consumers want such labeling and yet Codex’s proposed definition will seek to disguise GM foods under the term “Biofortification.” That is DISHONEST and it is DISGRACEFUL. NHF absolutely and positively OPPOSED this definition (and will continue to do so at the 2018 CCNFSDU meeting next month).

The World as represented at Codex will not remedy poor nutrition by engaging in DECEPTIVE MARKETING practices and sleight of hand with this definition. NHF will once again tell this Committee to have a clear and non-misleading definition as was originally envisioned at the 2015 meeting, where the Australian delegation stated that the original 2012 document on the scope of Biofortification excluded GM techniques.

FARFA conferences are always fun, interesting, and informative. And this one to be held next week should be no different. If you are in the Dallas-Fort Worth area at any time during the Conference, please come and hear Scott Tips and the other speakers who will be talking on many different topics that should be of interest to you.

NHF hopes to see you there!

P.S. In other Codex committees, NHF will resume debates that determine what the World eats, drinks, and even what nutritional supplements we use and their therapeutic strengths. Inside these conversations where food standards are actually determined, NHF’s interventions protect the bees, aquatic species, the soil, and even the atmosphere impacted by airborne antibiotics from feedlots. And, of course, NHF protects YOU and YOUR family as the ONLY non-profit organization at Codex representing health and health-freedom interests.

We invite your participation actively shaping global policy by making sure YOUR voice is heard at Codex. If you are not already a member of the World’s oldest health-freedom organization, then join today. And provide vital support as we prepare for CCNFSDU in Berlin next month to fight Biofortification and other nutritional deceptions.