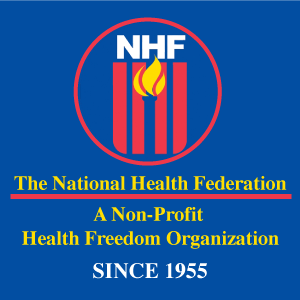 In late February, the U.S. Food and Drug Administration (FDA) denied a citizen’s petition filed some 18 months earlier by OVOS Natural Health Inc. to have homotaurine accepted as a new dietary ingredient (NDI) for use in dietary supplements. One year before filing its petition, and perhaps realizing that its dream to obtain FDA approval for its homotaurine drug product was doomed for a number of reasons, OVOS (actually, its parent company) had cut short its clinical trials of the drug and decided instead to recast homotaurine as a dietary supplement. Such recasting is a looming new trend as some drug companies, staggered by the huge costs and uncertainties of FDA drug approval, eye the dietary-supplement market as a possible way to recover costs and make a profit by commercializing a product that would otherwise be lost.

OVOS’ well-written and -argued petition anticipated this objection when it said, “FDA should recognize that the provisions of Section 201(ff) and Section 301(ll) . . . are designed to permit . . . OVOS, and other similarly situated entities with a pathway to market for substances that, but for the existence of the IND, could otherwise be legally marketed for sale as an ingredient in dietary supplements.” The FDA, however, had other ideas in mind as to how to thwart this petition.

Homotaurine is a quirky molecule, so it provides us with an interesting example of how this law is being applied by the FDA. Essential amino acids all have a carboxyl group and an alpha-amino nitrogen group used as a constituent of proteins or peptides. The FDA slickly seized upon the fact that homotaurine, a gamma-amino sulfonic acid, has none of these properties.

I would have loved to have been a fly on the wall at those FDA internal meetings where our public servants pondered and debated how to best shut down this petition. Having totally lost sight of the fact that the purpose of the law, as John Locke once wrote, is to enlarge freedom and not restrict it, the FDA can only funnel its already-narrow thoughts into figuring out how to stop people from doing things. In all my years of practicing food-and-drug law, I have rarely seen the FDA remove obstacles; rather, they have excelled at creating obstacles to progress and health.

Such is clearly the case here where homotaurine, a simple analogue of the amino acid taurine, shows great promise in helping Alzheimer’s patients by removing plaques from their brains. But, unfortunately, homotaurine suffers from the fact that it has an NH2 group instead of an NH3 group as other amino acids do (except for the cyclic amino acid proline, which also has the NH2group) and lacks the carboxyl molecule of the other essential amino acids. The sulfonic group in homotaurine, though, does share similarities with two other sulfur-containing amino acids, cysteine and methionine. This arrangement sets homotaurine apart from the typical amino acids, but does it disqualify it as an amino acid altogether? The FDA says it does.

Not an Amino Acid

The FDA cleverly avoided the issue of whether or not the OVOS’ IND prevented homotaurine from being classified as a dietary supplement by finding that homotaurine was not even an amino acid, or other dietary ingredient, under the law. Section 201(ff)(1) of the Food, Drug, and Cosmetic Act defines “dietary supplement” as “a product (other than tobacco) intended to supplement the diet that bears or contains one or more of the following dietary ingredients: (A) a vitamin; (B) a mineral; (C) an herb or other botanical; (D) an amino acid; (E) a dietary substance for use by man to supplement the diet by increasing the total dietary intake; or (F) a concentration, metabolite, constituent, extract, or combination of [any ingredient described above].”

The FDA’s rejection was even broader, though, finding that homotaurine does not fall within any of the categories of dietary ingredients listed previously, not just the amino-acid category. But, first, the Agency trotted out an impressive array of definitions for amino acids to support its claim that homotaurine was not an amino acid because it lacked the carboxyl and alpha-amino nitrogen groups. Yet, if homotaurine is not an amino acid, then what is it? The FDA never says. All the Agency can do is say what it is not.

The Dietary Supplement Health and Education Act of 1994 (DSHEA) set forth the laundry list of dietary ingredients mentioned above that is necessary for a substance to fall within to be considered a dietary supplement. But when DSHEA listed “amino acid” as one of those acceptable ingredients, it did not say “alpha-amino carboxylic acid.” It said “amino acid.” Notice that homotaurine is a “gamma-amino sulfonic acid.” Keeping in mind the principle that laws should be construed as broadly as possible so as to expand freedom and not restrict it, and further keeping in mind that Congress’ intent in passing DSHEA (as admitted by FDA itself in its denial letter to OVOS) was to emphasize “the importance of nutrition and the benefits of dietary supplements to health promotion and disease prevention,” we are left wondering why the FDA has chosen to attach such a restrictive meaning to the words “amino acid” so as to exclude a healthful and naturally occurring substance from the marketplace.

True, the Agency trotted out impressive sources such as Webster’s Dictionary and the Concise Oxford English Dictionary for a narrow definition. Yet, even those sources do not fully support FDA’s argument. As the FDA itself says, both of those dictionaries require that an amino acid have both an amino group (NH2) and a carboxylic acid group, when in fact many amino acids have an NH3 group instead. Does that disqualify those amino acids from being classified as such?

Moreover, the FDA says that homotaurine is “not a constituent of proteins.” Yet other nonstandard (i.e., not found in proteins) amino acids include carnitine, GABA and L-DOPA, the first two of which are easily bought off of American health-food store shelves as amino acids. And beta alanine is a ready example of an amino acid that is non-alpha (and naturally used in plants and microorganisms in the synthesis of pantothenic acid).

Are those amino acids’ biochemical differences from the FDA “norm” so fundamentally special that they can still be called amino acids while homotaurine cannot? Maybe the FDA’s gerrymandered definition of amino acids needs to be expanded so as to be fairer and healthier.

In fact, the FDA also nixed OVOS’ homotaurine because it was synthetic and not natural. That thrown-in objection was so absurd as to be shocking. The FDA has a history of preferring synthetics, such as drugs, over naturals, such as herbs. More importantly, though, synthetically produced dietary supplements abound on health-food store shelves. Some resveratrol, for one example, as well as many B-vitamin supplements are synthetically manufactured. The FDA’s denial letter to the petition provides no reason whatsoever why it decided, this time, to differentiate between synthetic and natural dietary ingredients.

The FDA has never met a dietary supplement that it liked. In fact, it is very likely that the FDA avoided making a decision on the IND issue so as to prevent many other companies from following OVOS’ example and relaunching their failed drug products into the dietary-supplement market. Instead, the Agency crafted a bizarre argument that homotaurine is not even a dietary ingredient under the law. This argument, this obstacle to marketing homotaurine, is a flawed argument and a created illusion. Life is full of obstacle illusions—but that does not mean that they should be tolerated.