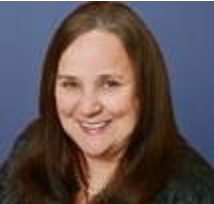 Prop 65 is Turning into Legalized Blackmail, Warn Experts as Notices Pile up

A Californian statute with the laudable aim of protecting consumers from potential carcinogens has in practice exposed even the most responsible players in the dietary supplements sector to the constant threat of ‘legalized blackmail’, legal experts have warned.

Speaking to NutraIngredients-USA.com following the recent surge in prop 65 notices filed by private plaintiffs, notably San Diego-based Environmental Research Center, Carol Brophy, special counsel at Sedgwick LLP, said: “Prop 65 might make sense in principle, but the way it is being applied in practice to the dietary supplements sector is really worrying a lot of people.”

Introduced in 1986, prop 65 requires manufacturers selling products in California to give warnings if their products expose consumers to any detectable amount of 800+ chemicals believed to cause cancer or reproductive toxicity.

Between a rock and a hard place

“All the plaintiff has to do is show that the listed substance is in your product and then the burden of proof is entirely on you to prove that the level is safe – with all the associated costs – or you must put a warning on your product that says it contains ‘chemicals known to the State of California to cause cancer and birth defects or other reproductive harm’,” explained Brophy.

“And by doing that, you’re then immediately in conflict with federal food labeling laws [the Federal Food, Drug and Cosmetic Act]by putting a label on your product that could mislead consumers.

“You can either pay a huge amount of money to the plaintiff or you can misbrand your products by putting a label on them saying they could cause cancer. This is putting manufacturers between a rock and a hard place and you’ve got to wonder is this really how consumers want the law to work?”

The ERC has filed more than 200 prop 65 notices to more than 100 supplement makers in recent months alleging that their products contain lead, and in some cases arsenic, and that they failed to provide legal warnings to consumers, noted Brophy.

“Private individuals that do not have any expertise in this area are effectively taking over the FDA’s role as the arbiter of safety and with the sheer number of notices being filed by individuals in the last year, many people in the industry just think it’s blackmail.

“This is a law that allows private individuals that may not have even bought or used the product in question and are not answerable to anyone to sue responsible companies following GMP for years.

“Osama Bin Laden could bring a case against a product provided tests had revealed a detectable level of any one of hundreds of substances, many of which occur naturally or are at trace levels.”

In the case of the vast majority of substances on the prop 65 list, ‘safe’ levels had not been officially established by the agency overseeing the law – the Office of Environmental Health Hazard Assessment (OEHHA ) – while in cases where levels had been set, they were “exceedingly low” – and significantly below levels at which the ingredients in question had been demonstrated in clinical studies to cause adverse effects, she observed.

An abrogation of the FDA’s responsibility?

Meanwhile, the lack of clear guidance about how the ‘naturally occurring exemption’ clause in the legislation applied also meant this was not something firms could rely on to avoid costly legal bills, she said.

And while settlement agreements struck in the past had negotiated safe harbor levels of the listed substances in a given ingredient – eg. lead in calcium – these settlements did not necessarily stand up to subsequent legal challenges, she added.

Moreover, setting such levels for the scores of products currently being scrutinized thanks to the ERC was a logistical nightmare of epic proportions anyway, she added.

“This is not the way to set policy. It’s an abrogation of the FDA’s responsibility to maintain confidence in the food supply.”

Washington DC-based advertising and labeling attorney Ivan Wasserman said: “This is a very difficult law for manufacturers to cope with. The way the statute is set up, even responsible companies are at great risk of a challenge of some sort, and while you should prevail if you know what’s in your products it’s still going to cost you a lot of money.”

Marc Ullman, a partner at New York-based firm Ullman, Shapiro & Ullman LLP, added: “There is a real difficulty industry-wide coping with the absurdly low tolerance levels established for some substances under prop 65.

“So companies have just got to be vigilant and work with ingredients suppliers to tackle heavy metal contaminants and ensure they are capable of testing to prop 65 levels.”