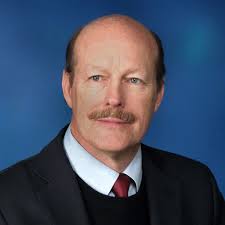 After three years of study, Scott obtained his Juris Doctorate degree from Boalt Hall and then quickly took and passed the California Bar Exam. A California-licensed attorney, he has specialized in food-and-drug law and trademark law, but also engages in business litigation, general business law, and nonprofit organizations, with an international clientele. Since 1989, Scott has been a board member of the National Health Federation, the World’s oldest health-freedom organization for consumers, as well as the Editor In Chief of its magazine, Health Freedom News. In 2007, he became NHF President, and has been a frequent speaker for the organization and for health freedom on several continents and through many radio and other programs.

A legal columnist, Scott writes a monthly column for Whole Foods Magazine called “LegalTips,” a column he started several decades ago. Currently, he is primarily occupied with healthfreedom issues arising from national governments’ and such international organizations as the Codex Alimentarius Commission’s attempts to limit individual freedom of choice in health matters. In that capacity, he has compiled, edited, and published a book on the subject entitled Codex Alimentarius – Global Food Imperialism. He also attends Codex meetings worldwide and has attended more Codex meetings than all other health-freedom activists combined.