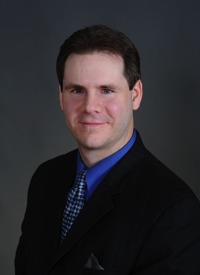 It’s a bit like a supermarket manager dying of starvation or a bottled-water distributor dying of thirst: In the U.K., a former National Health Service (NHS) director died while waiting for medical care — at her own hospital. The Daily Mail reports:

Margaret Hutchon, a former mayor, had been waiting since last June for a follow-up stomach operation at Broomfield Hospital in Chelmsford, Essex.

But her appointments to go under the knife were cancelled four times and she barely regained consciousness after finally having surgery.

Her devastated husband, Jim, is now demanding answers from Mid Essex Hospital Services NHS Trust — the organisation where his wife had served as a non-executive member of the board of directors.

He said: “I don’t really know why she died. I did not get a reason from the hospital. We all want to know for closure. She got weaker and weaker as she waited and operations were put off.”

Not to be cruel, but the reason is simple.

And while Nobel laureate Paul Krugman reassures us that these “scare stories” about health care in Britain “are false,” there is no shortage of them (unlike actual health care in that nation) — and they’re starting to seem an awful lot like truth. In 2008, a woman named Linda O’Boyle was dying of cancer and “was denied free National Health Service treatment in her final months because she had paid privately for a drug to try to prolong her life. [She] was told that as she had paid for private treatment she was banned from free NHS care,” wrote The Sunday Times. Lucinda Adam tells us about Joshua Halliday, a five-year-old with a broken arm who had to seek treatment 50 miles from home because seven closer hospitals turned him away. His mother, Sharon, said, “I was ashamed to say that I worked for the NHS. How can a very distressed five-year-old child with a painful broken arm be expected to be put in a car and driven for an hour and a quarter?” The Daily Mail’s Amanda Lynch reports on the sad case of Katie Hilliard, who was denied a smear test after two requests because she was “too young.” She was not, however, too young to get sick. “[T]he 24-year-old now has cervical cancer and despite a hysterectomy, chemotherapy and radiotherapy, the disease has spread to her lymph nodes and lungs. Doctors have given Katie at best two years; at worst 11 months,” writes Lynch.

Another person who was too young for treatment but not disease is British author Terry Pratchett. After being diagnosed with Alzheimer’s three years ago, he was told that the NHS didn’t cover the Alzheimer’s drug Aricept for people of his relatively tender years (he was 65). And then there is grandfather Jackie Knight — who perhaps was too old. Despite being informed by a consultant that the best treatment for his liver cancer was a drug called Sorafenib, the NHS denied him the medication saying it wasn’t “cost effective.” Now, what were socialized medicine advocates saying again about how health care shouldn’t be about dollars and cents?

As for the case of Margaret Hutchon, it is notable that her having been an NHS director didn’t save her. I guess we can say that, at least in this case, socialized medicine upheld its principle of equality.

But be careful what you wish for.

Case in point: Walter Williams reported on the story of “Mr. D,” a Swedish multiple sclerosis sufferer who was prescribed a new drug that held the promise of mitigating his symptoms. Well, you guessed it, the government refused to pay for it because it was too expensive — 33 percent more than the old medication. But then there’s something you wouldn’t guess.

The state didn’t even allow him to pay for it himself.

Why? They claimed it would set a bad precedent and violate the principle of equal access to medicine for all. But here is that principle, properly translated: If you can’t save everyone, it’s better to let everyone die than save some.

Of course, despite this talk of “equality,” I doubt these horrible outcomes would befall David Cameron, Tony Blair, or the Queen. And had Margaret Hutchon, Katie Hilliard, Jackie Knight or some of the other victims of statist compassion had enough pull or the resources to travel overseas, they, too, might have found that they were more equal than others.

But, hey, who says that the best predictor of future outcomes is past outcomes? I’m sure that in America, with our 308-million population, huge underclass, bloated budgets and endless debt, government-run health care will work out just fine.

Reprinted by permission of The New American