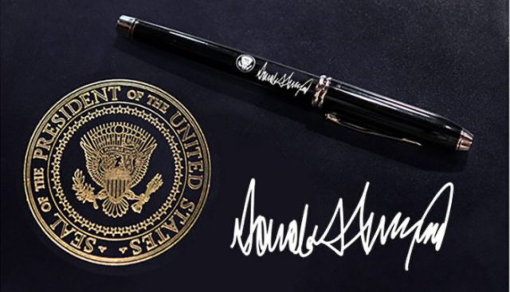 Yesterday, after first having sent a warning letter some two weeks prior, President Trump announced that the United States is permanently freezing its annual contributions to the World Health Organization (WHO) and terminating its relationship with the organization. He accused it of wasting money and protecting China as the Covid-19 pandemic exploded around the World. The National Health Federation (NHF) agrees with the President’s stance on this.

In particular, President Trump said, “We will be today terminating our relationship with the World Health Organization and redirecting those funds to other worldwide and deserving urgent global public health needs.” This position reflects a new policy that has long been overdue.

It should be common knowledge that the WHO has long been a notorious global player in the medical-drug cartel that has suppressed optimal nutrition, health, and longevity worldwide all in service to its overlords who make many billions of dollars every year peddling their failed and toxic drugs that are responsible for the ill-health and deaths of millions. Yet, non-toxic, natural, and efficacious alternatives to this medical-drug cartel – dangerous competition, in fact – are ruthlessly suppressed, its proponents imprisoned or heavily fined, and the companies driven out of business.

Just consider GcMAF, the effective and low-cost cancer cure duly researched since the 1980s that the cartel has long sought to stamp out. With its leading proponent David Noakes once again in prison and facing extradition to France for trial there, we can ask the WHO why it has not championed GcMAF to help worldwide not only with rampant cancer rates but also the 500 other diseases and health conditions GcMAF can treat. And that is only one example.

Instead, the WHO spends some $200 million annually on travel around the World as it pushes toxic drugs that can, in some cases, lead to infertility, not to even mention injuries and death. Three years ago, CBS News reported that then-WHO Director-General Margaret Chan had just passed the night comfortably in a $1,000-a-night presidential suite in the West African country of Guinea while touring the area to praise Ebola workers. Chan spent more than $370,000 in travel that year alone, often flying first class.

So, the WHO is not only wasteful and dismissive of real health cures, it also sidetracks money that could go to more effective organizations such as Doctors Without Borders. Since 2010, the United States has pumped nearly $3.5 billion into WHO, with no letup in funding even by the Trump Administration until this year. That money could be put to much better use elsewhere.

And, yet, misguided organizations such as the American Medical Association (AMA) decry the President’s action, claiming that “severing ties with the World Health Organization (WHO) serves no logical purpose and makes finding a way out of this public health crisis dramatically more challenging.” To the contrary, NHF says, working with truly effective and responsible/caring organizations not influenced by monopoly maintenance and greed will help, and would have helped long ago, to prevent and stop pandemics such as the Covid-19 pandemic far more effectively than has been shown by the WHO. Of course the AMA, ever the enemy of preventive and true health, would unquestionably support one of its fellow medical-cartel members. No fewer than three of our own current NHF Board members, medical doctors, have suffered the injustice of State Medical-Board actions when no patient had suffered any harm but had been helped instead by non-cartel-approved means.

Shoveling more good money into the WHO – recently described by the Japanese Deputy Prime Minister as the “Chinese Health Organization” – is a losing proposition. The President is right to stop such funding and to sever American ties with an organization that has shown itself to be suspect in its loyalty to world service and a failure on a global scale.