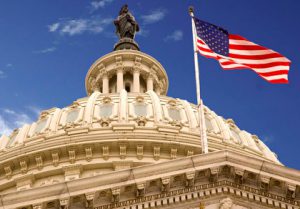 Senator Pan just pushed through the Senate his bill, SB276, which will effectively eliminate the last remaining exemption – the medical exemption – for mandatory vaccines for school children. The hearing in the State Assembly on this bill happened in Sacramento on June 20, 2019. If the bill passes the Assembly, then it will go to California Governor Gavin Newsom’s desk for his signature. We need to persuade the Governor to exercise his power to veto this harmful bill.

Four years ago when Senator Pan got his way by eliminating philosophical and religious exemptions to vaccine mandates for school children, he promised all of us then that he would not touch medical exemptions. But now – four years later – here we are again and Senator Pan is doing exactly that. Obviously not to be trusted, he wants to interfere in a major and destructive way with the doctor-patient relationship and replace the doctor’s professional judgment with the distant opinion of a non-medical-professional state bureaucrat. This cannot be allowed.

This bill is a solution without a problem. Its supporters claim that medical-exemption fraud is rampant in the State, but the California State Medical Board has found zero instances of fraud in all of its investigations of medical exemptions. Many of the Board’s members have expressed great doubts and reservations about this bill. They know that SB276 takes away the rights and liberties of children who have been injured by vaccines and instead gives medical authority to untrained state employees.

Please take the time to protect Californians’ rights to an unhindered doctor-patient relationship and to protect those children whom medical professionals determine would stand a high risk of being injured by cart full of vaccines that are given children these days. Despite the bill’s supporters, many of whom take drug-company money for their campaigns, vaccine-injured children are a reality as shown by the almost $4 billion paid out to the families of such children under the National Childhood Vaccine Injury Act of 1986. And in 2016 the Vaccine Adverse Events Reporting System (VAERS), which reflects less than 1 percent of actual injuries from vaccines, totaled 59,117 reports of adverse events. If those 59,117 reports were only 1 percent of the total, then we can extrapolate that there were actually 5.9 million adverse events from vaccines in a single year!

Please let Governor Newsom know that you oppose SB276 and that you want him to Veto that awful bill that is just meant to further line the pockets of the drug companies and will not make any Californians safer.