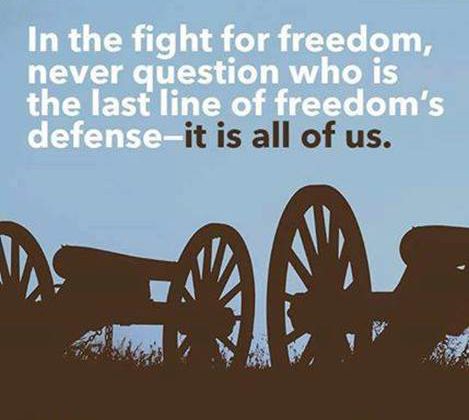 THIS IS IT, FOLKS!

Breaking his earlier promises not to mandate vaccines (December 4, 2020 & July 23, 2021), Joe Biden announced on Thursday, September 9, 2021, that he will use the Occupational Safety and Health Administration (OSHA) to go after every American employer with 100 or more employees to mandate a COVID-19 vaccine (or at least weekly testing) for every one of those employees. This mandate could encompass 80 to 100 million Americans and is to be enforced with $14,000 fines levied against “offenders” for each violation. It is exceedingly dangerous as the COVID-19 “vaccines” have been shown to be more dangerous to health than COVID-19 itself, or any of its variants.

The National Health Federation has always been against any coercive medical procedures, especially where, as here, the coercion takes the form of injecting toxic substances into humans against their will. This unlawful Executive Order must be set aside because it:

2.     Usurps Legislative Powers – The President cannot usurp legislative authority through Executive Orders, and that is exactly what he is attempting to do here. The Executive Branch of the Federal government (headed by the President) cannot engage in legislation, which is the province solely of the Legislative Branch. The Constitution is quite clear on this point and grants power to the legislative and executive branches, respectively, by stating that “[a]ll legislative Powers herein granted shall be vested in a Congress of the United States,” and “[t]he executive Power shall be vested in a President of the United States of America.” No President may legislate, nor can Congress delegate its legislative powers. Unfortunately, although the wording in the Constitution is crystal clear, there is little judicial authority on this issue.

3.     Is Unconstitutional – The U.S. Constitution grants no authority to the Federal government to mandate vaccines or any other medical treatments or procedures on a national level. This is an usurpation of the Ninth and Tenth Amendments to the Constitution as well as a violation of the enumerated-acts clauses found therein. “A law repugnant to the Constitution is void.” Chief Justice Marshall in Marbury v. Madison, 5 U.S. (1 Cranch) 137, 177 (1803). Moreover, “no one is bound to obey an unconstitutional law and no courts are bound to enforce it.” Sixteenth American Jurisprudence, Second Edition, Section 177. “An unconstitutional act is not a law; it confers no rights; it imposes no duties; it affords no protection; it creates no office; it is in legal contemplation as inoperative as though it had never been passed.” Norton v. Shelby County, 118 U.S. 425, 442 (1886).

4.     Violates Federal Law – The FDA only approved the Comirnaty COVID-19 shot – which is not even available in the United States – for ages 16 and older. All of the shots available in America are still under an Emergency Use Authorization (EUA) and it is a violation of Federal law to force people in any way to use medical products on the market pursuant only to an EUA. In particular, Federal law 21 U.S.C. § 360bbb-3(e)(1)(A)(ii)(III) requires that the person to whom an EUA vaccine is administered be advised, “of the option to accept or refuse administration of the product [meaning “a drug, device or biological product”], of the consequences, if any, of refusing administration of the product, and of the alternatives to the product that are available and of their benefits and risks.” See also Chamber of Commerce of U.S. v. Reich, 74 F.3d 1324, at 1339 (D.C. Cir. 1995), where the court struck down President Clinton’s executive order as being in violation of an existing statute.  Here, Biden’s executive order mandating experimental injections violates 21 U.S.C. §360bbb, which forbids experimental procedures performed upon persons without their informed consent.

5.     Violates the Nuremberg Code – The First Principle of the Nuremberg Code is that “the voluntary consent of the human subject is absolutely essential.” In America, the Code and the related Declaration of Helsinki form the basis for the Code of Federal Regulations, Title 45, Part 46, which are the regulations issued by the U.S. Department of Health and Human Services (HHS) for the ethical treatment of human subjects and are used in Institutional Review Boards (IRBs).

7.     Violates the 2005 UNESCO Universal Declaration on Bioethics and Human Rights – This UNESCO Declaration states in its Article 6.1 that, “Any preventive, diagnostic and therapeutic medical intervention is only to be carried out with the prior, free and informed consent of the person concerned, based on adequate information.”

8.     Is an Illegal “Work-around” – The White House Chief of Staff retweeted on September 9, 2021, that “OSHA doing this vaxx mandate as an emergency workplace safety rule is the ultimate work-around for the Federal govt to require vaccinations.” The White House has itself just admitted that it is not following the law if it claims this mandate as an “ultimate work-around” the law.

9.     Requires Nullification – A State has the right to nullify, or invalidate, any Federal laws which that State has deemed unconstitutional with respect to the United States Constitution. Thomas Jefferson and James Madison first formalized the principles of nullification in the Kentucky and Virginia Resolutions of 1798. Jefferson called it “the rightful remedy” to Federal overreach, while Madison said that a State is “in duty bound, to interpose [itself] for arresting the progress of the evil.”

10.   Exposes the Population to High Risk of Death – The currently administered COVID-19 experimental injections and boosters are far more dangerous and unsafe than COVID-19 itself. The overall survival rate for those getting a COVID-19 infection is approximately 99.5%. See also https://physiciansforinformedconsent.org/covid-19/. Yet, already in the approximately nine months that the experimental COVID-19 injections have been in use, there have been – according to the Centers for Disease Control and Prevention (CDC) Vaccine Adverse Event Reporting System (VAERS) – more than twice as many reported deaths caused by these non-FDA approved experimental COVID-19 injections than all reported deaths recorded from all FDA-approved vaccines during the past 30 years! The CDC has by now listed 12,791 deaths, 16,044 permanent disabilities, 70,667 emergency-room visits, 51,242 hospitalizations, and 13,139 life threatening events, out of 682,873 reported injuries from these dangerous “vaccines.” Keep in mind that the 1976 Swine Flu vaccine was withdrawn from the market after only 25 deaths and 4,000 reported adverse events!

11.  Is Not an Emergency That Justifies Setting Aside the Constitution – We are experiencing a plandemic orchestrated by the minds and mouths of corrupt media and government officials.  Fortunately, though, there is hope that the U.S. Supreme Court will do the right thing. Supreme Court Justice Gorsuch stated recently, “Why have some mistaken this Court’s modest decision in Jacobson for a towering authority that overshadows the Constitution during a pandemic? In the end, I can only surmise that much of the answer lies in a particular judicial impulse to stay out of the way in times of crisis. But if that impulse may be understandable or even admirable in other circumstances, we may not shelter in place when the Constitution is under attack. Things never go well when we do.” Roman Catholic Diocese v. Cuomo, 141 S. Ct. 63, 71 (2020) (concurring). Previously, the U.S. Supreme Court had been quite clear that, “neither the legislature nor any executive or judicial officer may disregard the provisions of the Constitution in case of emergency.” Ex parte Milligan, 71 U.S. 2 (1866). Besides, how much of an emergency can this waning “pandemic” even be now when Congressional and the Judiciary staff and employees are both exempt (and those of the U.S. Postal Service) from this vaccine mandate?

12.  Is Based on Dishonest Definitions – To manufacture a “pandemic,” the CDC (following the World Health Organization’s own change of definition of a “pandemic” in early 2020) changed its decades-old guidelines on March 24, 2020, so that it could more broadly sweep into its statistical clutches “COVID-19”-termed deaths and thereby strike fear into Americans. Lockdowns, mandates, and other people-controls were all based upon these newly changed, dishonest definitions.

We must resist this illegal and unconstitutional Executive Order. Even Dr. Anthony Fauci, during a question-and-answer session in 2020, said that a national vaccine mandate would be “encroaching upon a person’s freedom.” Now is truly the time, Folks, to resist and not comply!

Let us unite again and, like Rosa Parks in 1955, just say “No!” together to this theft of our constitutional rights and forceful usurpation of legislative power. We must give this pseudo-President’s administration a huge defeat that they will never recover from!

But we do want to say “YES” to one action: U.S. Representative Louie Gohmert, Jr. (R-TX), with three co-sponsors, introduced H.R.5092, which would end vaccine mandates nationwide for the whole CDC schedule, by granting to every American the right to a personal belief exemption. The bill would also eliminate forced infectious disease testing. The exceptions are limited and reasonable (i.e., requiring an individualized due-process court order specific to the person in question). We need to spread the word far and wide so that everyone can flood the Congressional offices with demands that their representatives support H.R.5092!

Write to your U.S. Senators and Congressmen to support and cosponsor H.R.5092, and sponsor a companion bill in the Senate. Also, contact your State legislators and Governor as well. Let them know that you will not accept this illegal injection mandate and you will not comply. Demand that all of them protect you from this unacceptable, tyrannical power grab.

Say “Yes” to Congressman Louie Gohmert’s New Bill to End Vaccine Mandates Nationwide and Tell Your Representatives and Senators to Embrace and Vote for H.R.5092

The NHF is pleased to announce that Congressman Louie Gohmert will discuss with us his new bill to effectively end vaccine mandates nationwide.

You can hear Congressman Gohmert Live on our monthly Zoom meeting this Friday, September 17th, at 9:00 a.m. Pacific Time.

To watch the Zoom meeting live, please go to our NHF Facebook page on the morning of September 17th, 2021,  at:
https://www.facebook.com/nationalhealthfederation/.