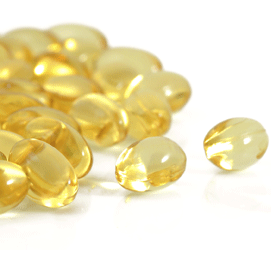 Numerous studies over the past two decades have clearly proven that the tocotrienol form of vitamin E is a top choice for cardiovascular protection and heart health. A recent review of tocotrienol science1 points out that they are also being researched for benefits to bone health, blood sugar metabolism, brain health, and cancer. Tocotrienols offer a safe and effective way to help achieve or maintain healthy cholesterol, while simultaneously protecting your arteries. It is worthwhile understanding more about them and how they can improve your health.

The vitamin E family consists of four tocotrienols and four tocopherols. D alpha tocopherol is the commonly understood form of vitamin E and has been extensively researched and has its own value to human health. The difference between tocotrienols and tocopherols is the “tail” on the vitamin E molecule. Tocopherols have a long saturated tail. Tocotrienols have a short unsaturated tail. The unique structure of tocotrienols enables them to do many things that tocopherols cannot do. This includes easier access to cells, better antioxidant function in cells, a better ability to move around in cells, and the activation of a wide variety of gene signals including cholesterol regulation.

The first recognition of tocotrienols as regulators of cholesterol occurred in a 1986 study2 in which tocotrienols were isolated from barley and fed to chickens. Tocotrienols reduced the rate of synthesis of cholesterol by the liver, in turn reducing total and LDL cholesterol. In April 1991, the American Journal of Clinical Nutrition published an animal study and two human studies, triggering an explosion in scientific interest in tocotrienols, which continues to this day. The animal study involved pigs with inherited high cholesterol3. Tocotrienols reduced their total cholesterol by 44 percent and LDL by 60 percent. They also reduced factors in the blood associated with sticky platelets, suggesting an additional cardiovascular protective mechanism was in play.

The same University of Wisconsin research team that did the pig study also conducted an 8 week double-blind crossover study with 15 humans. During the four weeks on 50 mg per day of tocotrienols the total cholesterol was lowered 15 percent, LDL by 8 percent, and factors affecting platelet stickiness were also improved. Another preliminary human study with 42 mg of tocotrienols per day5 found that many participants lowered their cholesterol, in some cases up to 35 percent for both total and LDL cholesterol. The dose of tocotrienols used in these early studies was relatively small, yet it still showed a positive influence on cholesterol levels.

Researchers next documented that it was gamma tocotrienol6 responsible for inhibiting cholesterol synthesis in the liver. As the research progressed, scientists showed that gamma tocotrienol was reducing the HMG CoA reductase enzyme7, which is the starting point in the production line for cholesterol synthesis within your liver. It should be pointed out that statins–especially in high doses–take a sledgehammer to this same enzyme, essentially clogging up its receptors so that no communication can get through. By comparison, tocotrienols work more on a consulting basis, gently down-regulating the enzyme as part of a communication strategy. Big Pharma invariably likes the sledgehammer approach, as they produce forced behavior on human systems. They can change numbers, even if a person continues to eat excessively. Maximizing the benefits of tocotrienols would require a person actually eat better. Of course, tocotrienols have none of the toxic side effects8 that statins have.

While your liver uses this HMG CoA reductase cholesterol synthesis pathway (melvalonate pathway) to produce LDL cholesterol for your entire body, every cell in your body also uses the same pathway to produce small pieces of cholesterol that are vital for maintaining the health and survival of any cell. In cancer situations, this pathway is hijacked and used by cancer cells to foster their own survival at the expense of your body. Researchers quickly realized that the “consulting style” of tocotrienols within your liver and healthy cells would be very different inside cancer cells9 and would not place any brakes on tocotrienols stopping HMG CoA reductase activity. In other words, tocotrienols had a unique ability to differentiate between healthy cells and cancer cells and in the case of cancer they could cripple a primary defense system of the cancer. I should point out that statins can also kill cancer in a test tube but the dose required to kill cancer in humans kills the human first. On the other hand, tocotrienols have demonstrated excellent tumor killing ability, even helping chemo drugs work much better10 on resistant forms of cancer. Tocotrienols do not injure the human body.

As the benefits of tocotrienols became apparent,so did the commercial interests in potentially different sources of them. Palm oil was high in gamma tocotrienol but not as high in alpha tocotrienol, which was turning out to be relevant to antioxidant protection of the arteries and brain. Palm oil is more difficult to put into capsules and requires the addition of other oils to make it flow easily. Rice bran oil is a rich source of both gamma and alpha tocotrienol; with some additional attention to quality it can be produced without any filler oils. This allows for the production of a highly purified end product with no additive oils, should a manufacturer chose to go the extra mile.

In addition to the cholesterol-lowering properties of tocotrienols scientists were becoming interested in the ability of tocotrienols to positively benefit the health of arteries. In this case the focus turned primarily to alpha tocotrienol, which demonstrated a high level of antioxidant function. It was first recognized that alpha tocotrienol could prevent free radical damage to LDL cholesterol15 in humans with high cholesterol. Only damaged (oxidized LDL) can form plaque in the arteries.

In order for damaged cholesterol to stick to the lining of your arteries it is engulfed by macrophages (immune cells) that then stick to the endothelial cells that line your arteries. When endothelial cells become inflamed they project a Velcro-like piece of fly paper on the surface of their cells (adhesion molecules) which then enable the cholesterol-laden macrophages to lock on and start the plaque-forming process. A study with inflamed human endothelial cells18 shows that alpha tocotrienol powerfully inhibits this sticking process, turning off the sticky adhesion molecules by turning down the inflammatory gene regulator within the endothelial cell (NF-kappaB).

The ability of alpha tocotrienol to regulate the core inflammatory gene signal is highly relevant to human health, since it is now recognized that chronic low-grade activation of NF-kappaB is a primary factor in nearly every disease of aging. Indeed, researchers soon discovered that alpha tocotrienol, but not d alpha tocopherol, could completely inhibit excitotoxic injury to brain cells19 (a key feature to most aspects of cognitive decline and memory loss).

This article highlights some of the key tocotrienol cardiovascular and cancer research going on around the world, which continues in full swing today. Human studies continue to show cholesterol-lowering benefits20, even in difficult problems like type 2 diabetes21. Numerous review articles22 tout the broad range of benefits, including the prevention of disease23, offered by the unique form of vitamin E known as tocotrienols, which truly is the vitamin E for the 21st Century24.

Byron J. Richards, Board-Certified Clinical Nutritionist, nationally-renowned nutrition expert, and founder of Wellness Resources is a leader in advocating the value ofdietary supplements as a vital tool to maintain health. He is an outspoken critic of government and Big Pharma efforts to deny access to natural health products and has written extensively on the life-shortening and health-damaging failures of the sickness industry.

His 25 years of clinical experience from the front lines of nutrition have made him a popular radio guest who callers find impossible to stump. He has personally developed 75 unique nutraceutical-grade nutritional supplement formulas with a focus on thyroid nutrition, healthy weight loss supplements, cardiovascular nutrition, and stress management.