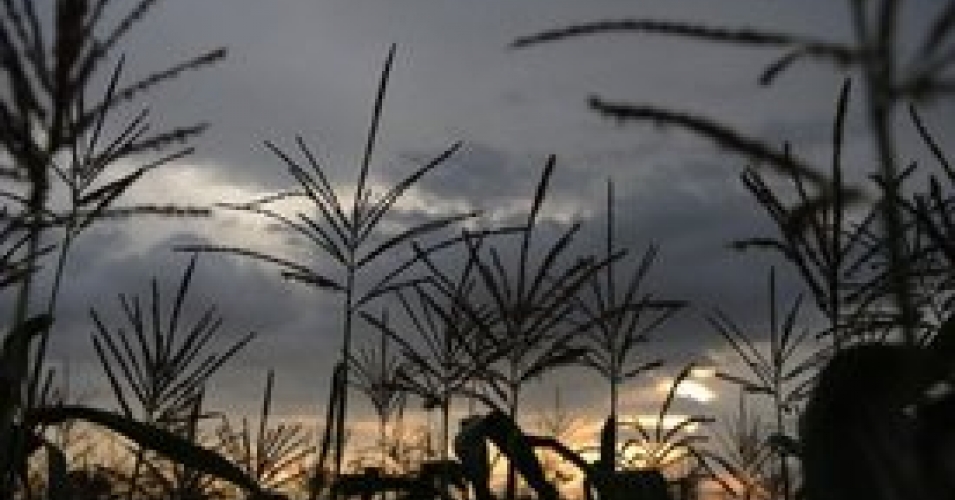 Greenpeace and other environmental groups have protested such projects, saying they open the door to the widespread planting of crops that could contaminate or drive out local varieties of corn.

The Agriculture Ministry said in a statement Tuesday that it had approved the project to grow GM yellow corn developed by the US biotech giant Monsanto on one hectare (2.5 acres) of land in the northern Tamaulipas state.

“It is the first permit to be issued for the pilot phase,” the ministry said, adding that it had rejected three other similar requests.

The government has granted 67 permits for projects to grow genetically modified corn at the experimental stage, prior to the pilot stage, on more than 70 hectares (173 acres) of land in the north of the country since 2009.

The ministry said the pilot project would allow it to evaluate the costs and benefits of the technology under conditions of strict bio-security.

Greenpeace and other environmental groups have protested such projects, saying they open the door to the widespread planting of crops that could contaminate or drive out local varieties of corn.

Many here are sensitive about meddling with maize, the cultivation of which dates back to pre-Hispanic times, when mythologies held that people were created from corn.

Some fear Mexico could one day lose the wealth of native varieties it still produces, including red and blue, to the tough breeds of GM maize, threatening the livelihoods of hundreds of thousands of subsistence farmers.

Mexico is the number one producer of white maize, which is used to make its famous flat tortillas, but it imports increasing amounts of yellow maize from the United States, mainly for cattle feed.

The tests are part of efforts to help the country return to maize self-sufficiency and keep food prices down.

GM crops, also including soya and cotton, are highly controversial, with critics underlining potential risks to health and the environment.